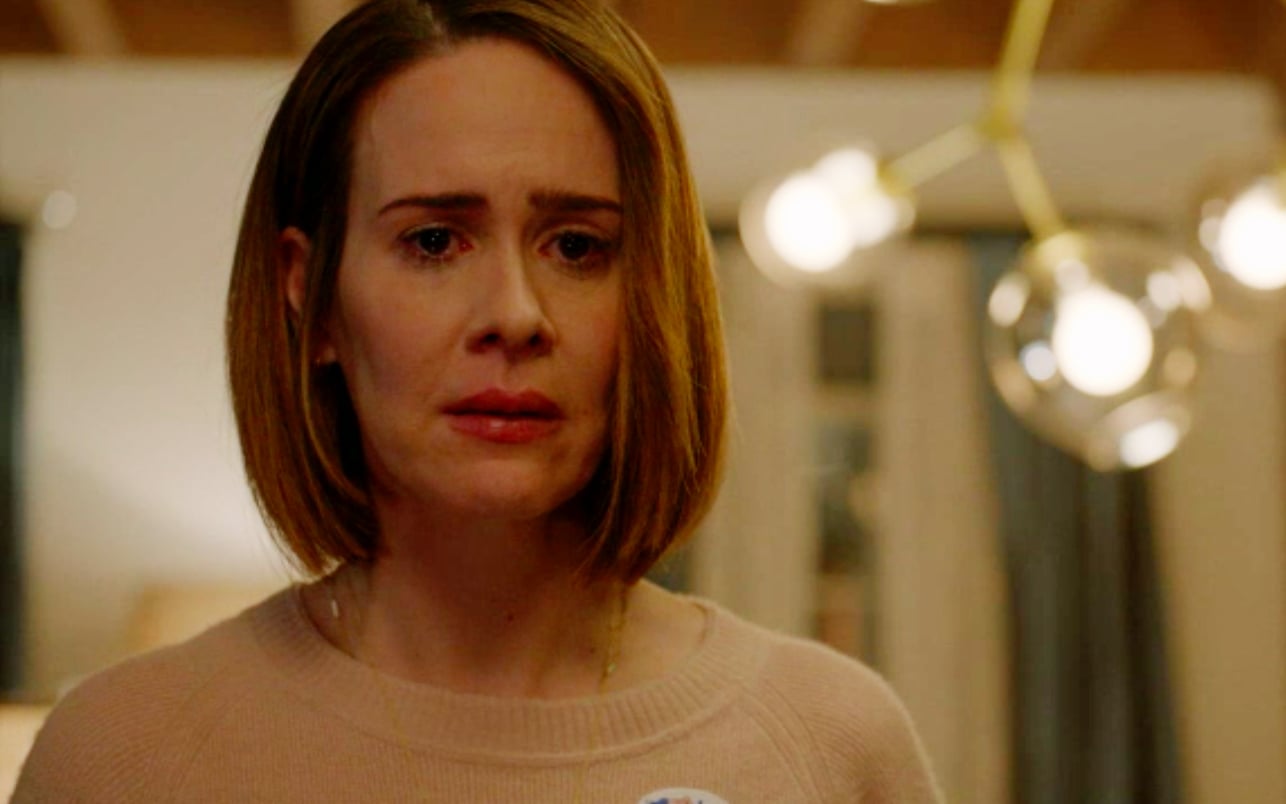 Though much of the current season of American Horror Story is centred on a small town's postelection fears, Cult is adding some extra layers, as always, by exploring a few smaller themes that may not directly connect to Donald Trump, though they do appear to be setting the storyline into motion. Case in point: Ally's (Sarah Paulson) crippling fears that are slowly causing her to lose control and become more of a danger to herself and to the people around her.

In the premiere, we begin to see Ally spiral out of control in the aftermath of Donald Trump's election, as all of her personal fears and phobias — like coulrophobia (the fear of clowns) and trypophobia (fear of clusters of small holes, circles, or bumps) — are suddenly triggered and made worse. But in the second episode, as her onscreen therapist (played by Cheyenne Jackson) puts it, she begins showing signs of a completely different but equally terrifying condition: agoraphobia.

Many people tend to misconstrue the meaning of this phobia, simplifying it as just being a person's fear of going outside. But it actually goes a bit deeper than that. According to the Mayo Clinic, agoraphobia is defined as the fear of "places or situations that might cause you to panic and make you feel trapped, helpless, or embarrassed."

Related:
This AHS: Cult Episode Title Could Be a Giant Clue About Winter and Kai's Plans

So it's not just that people who have agoraphobia are sometimes afraid to leave their homes; it's more so that they avoid being in public spaces like buses, trains, parking lots, and even cinemas because they anticipate not being able to escape should anything go wrong. Most people develop the condition after having panic attacks, actively avoiding going to the places where the attacks took place, fearing that they might happen again.

In Ally's case, she's becoming more and more afraid of leaving her house (or even being alone, for that matter) since the last few times we've seen her go elsewhere, she's either been harassed by creepy killer clowns that may or may not be products of her imagination or she's come across an almost-dead body in the meat locker of her restaurant. These experiences result in her getting bars bolted across all the doors and windows of her house before she then goes and acquires a gun from her neighbours, who — might I add — the jury is still out on.

So, again, Dr. Vincent does say that Ally is in the early stages of the condition, but judging by how this week's episode ends, there's no telling how much worse things are going to get.