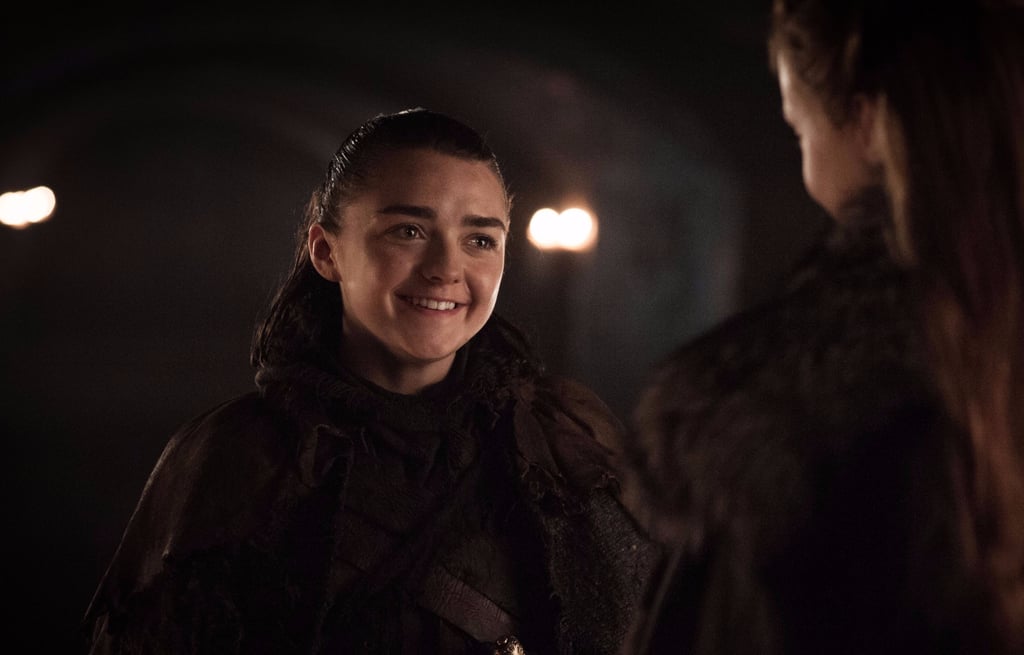 5 Things Arya May Do After Reading Sansa's Letter

There's already trouble brewing in Winterfell, and the Stark kids just got (most of) the old gang back together. In "Eastwatch," Arya's suspicion of Sansa and Littlefinger leads to her trailing the sneaky Baelish to his room. What Arya may or may not know is that she's being manipulated by Littlefinger. He wants nothing more than to sow discord between the sisters to further his own agenda, and by planting the letter Sansa is forced by Cersei to send to Robb in season one in his room for Arya to find, he may get his wish. The letter in question reads:

Robb, I write to you with a heavy heart. Our good king Robert is dead, killed from wounds he took in a boar hunt. Father has been charged with treason. He conspired with Robert's brothers against my beloved Joffrey and tried to steal his throne. The Lannisters are treating me very well and provide me with every comfort. I beg you: come to King's Landing, swear fealty to King Joffrey and prevent any strife between the great houses of Lannister and Stark. Your faithfull sister, Sansa.

When Robb receives the letter, he knows his sister did not write it of her own volition. Unfortunately, Arya's relationship with Sansa is so tumultuous that she may be inclined to think the worst of her big sister. In true Game of Thrones fashion, the show doesn't hint at what Arya will do now that she has read the letter. Since Sunday is a long way off, the only thing we can do in the meantime is theorise about what will happen next. Here are just a few of the scenarios that could play out at Winterfell in the penultimate episode of season seven.