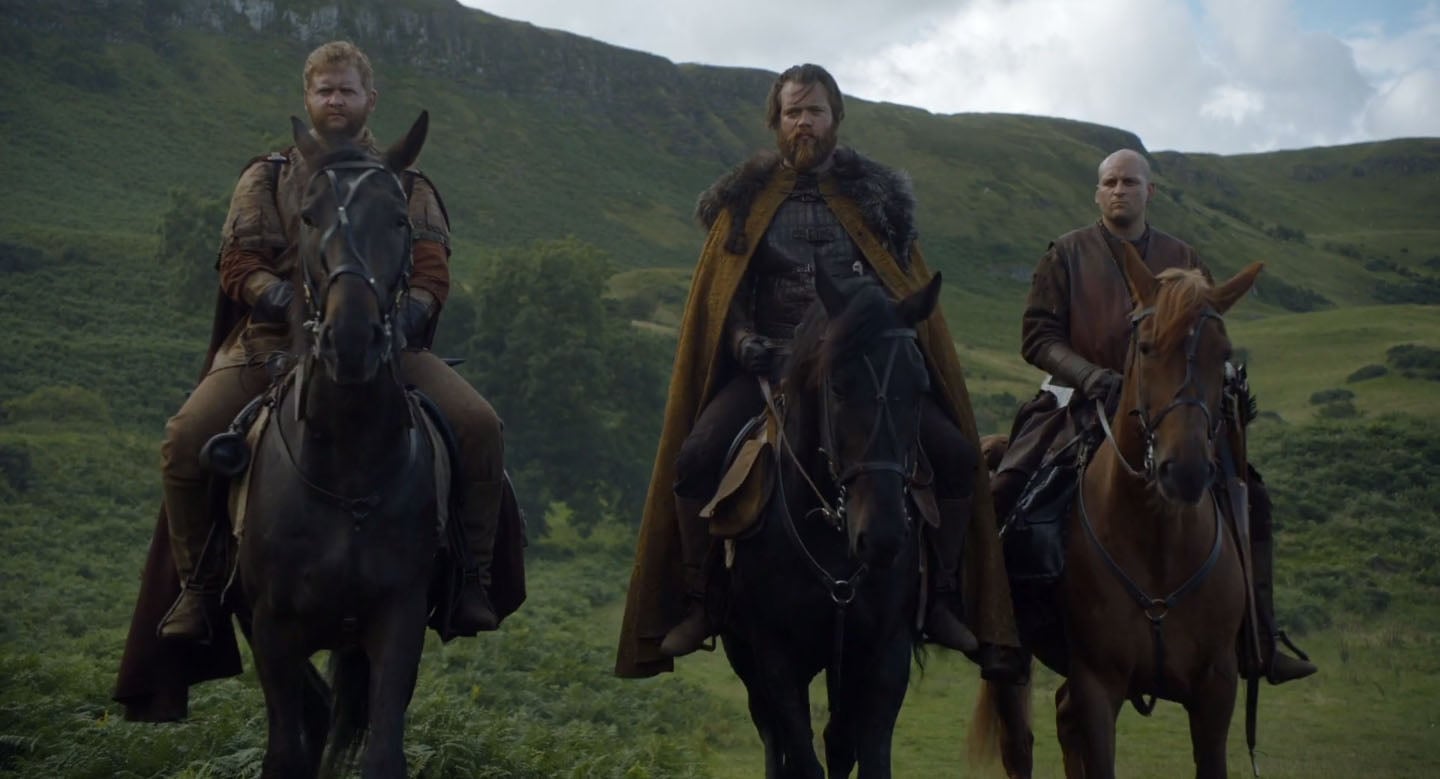 Banners are important on Game of Thrones. House sigils like lions, wolves, and roses represent a tangled web of alliances and loyalties. The Brotherhood Without Banners, who we see in Monday's episode raiding the camp of the Hound's priest friend and benefactor, are making a powerful statement with blank banners.

Where Do They Come From?

Before Ned Stark dies, he sends a force of knights out to the Riverlands to restore order. After Ned's death and the Lannister takeover of the Riverlands, Ned's remaining forces band together with commoners, peasants, and deserters from assorted armies. This ragtag group becomes the Brotherhood Without Banners. They use guerrilla warfare tactics to undermine the Lannister cause and protect the commonfolk from exploitation.

Where Have We Seen Them Before?

When Arya, Gendry, and Hot Pie escape from Harrenhal in season two, they are promptly captured by the Brotherhood and brought to the Brotherhood's leader, Beric Dondarrion. The Brotherhood also capture the Hound and later sell Gendry to Stannis Baratheon.

Who Do They Serve?

What Role Will They Play?

The Brotherhood style themselves as Robin Hood types, stealing from the greedy Lannisters and giving to the poor. The Freys remark that the Brotherhood do a good job of getting under the Lannisters' skin by raiding supply lines and attacking Frey camps. But in Monday's episode, Brotherhood members murder a group of penniless and unarmed religious followers. They drive the Hound to take up arms again, presumably in search of revenge. The Brotherhood might want the Lannisters gone as badly as the Starks, but their methods could wind up putting them in opposition of the Tullys or the Starks.