This week's season six premiere of Game of Thrones may not have resurrected Jon Snow quite yet, but dear God is it amazing to have the show back. As with all the season premieres, lots of seeds are planted about the season — and as with every single episode of Game of Thrones, characters reference past events that you need to be able to recall if you want to get everything that's going on. One of those references comes from Cersei, just after she finds that her daughter Myrcella is dead, poisoned by Ellaria Sand.

Cersei mentions the prophecy of a witch she'd been told years ago: "She promised me three children . . . she promised me they'd die," she says, and of course, it wasn't all that long ago that we actually saw this scene on the show; it happens in the season five premiere. Here's the clip where a young Cersei visits Maggy the frog, the fortune teller in question.

"Everything she said came true . . . ," Cersei says this week to Jaime, her beloved brother and father of her three children — two of whom are now indeed dead. "This prophecy, it's fate." So let's go over exactly what the witch did prophecize — including the one thing that didn't make it into the show but now we must wonder whether will also play out.

Did it come true? Yes. Cersei marries King Robert Baratheon and not "the prince" — Rhaegar Targaryen.

2. "You'll be queen, for a time. Then comes another, younger, more beautiful, to cast you down and take all you hold dear."

Did it come true? Yes, though the younger, more beautiful queen has been questioned. Margaery would come to mind first, as the young queen who is married to King Tommen, but it's also assumed to be Daenerys Targaryen, the queen I think we are all hoping to bring about the end of the Lannisters.

3. "The king will have 20 children and you will have three. Gold will be their crowns . . . gold their shrouds."

Did it come true? Mostly yes. The king did have multiple illegitimate children without the help of Cersei, while Cersei bears just three: Joffrey, Myrcella, and Tommen — two of whom have already died. If this holds up, Tommen is the next to go. 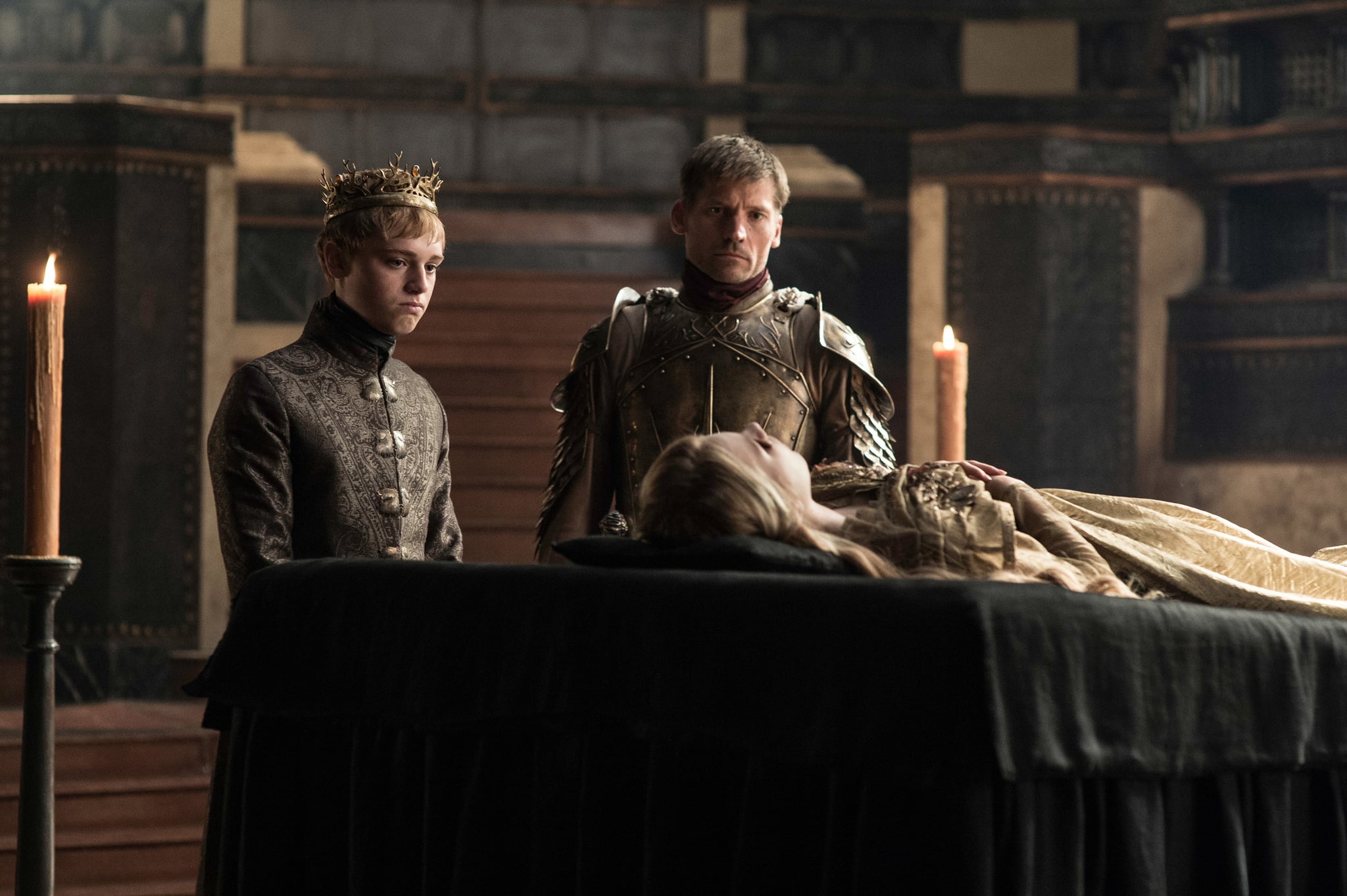 But wait, there is one more piece to the prophecy in George R. R. Martin's books that did not make it into that scene in the show. The witch also tells Cersei: "And when your tears have drowned you, the Valonqar shall wrap his hands about your pale white throat and choke the life from you." "Valonqar" means "little brother" in Valyrian — and if we are taking that literally, that means Tyrion . . . or Jaime, who is her twin but could technically be her "little brother." (That really makes the incest somehow even grosser, right?)

So there are still two pieces of the prophecy the witch predicted that we can look forward to (well, two if the show is going to resurface the Valonqar prediction): Tommen's imminent death and Cersei's murder at the hand of one of her brothers. Oh, unless Jaime's declaration in this week's episode comes true: "F*ck prophecy!"