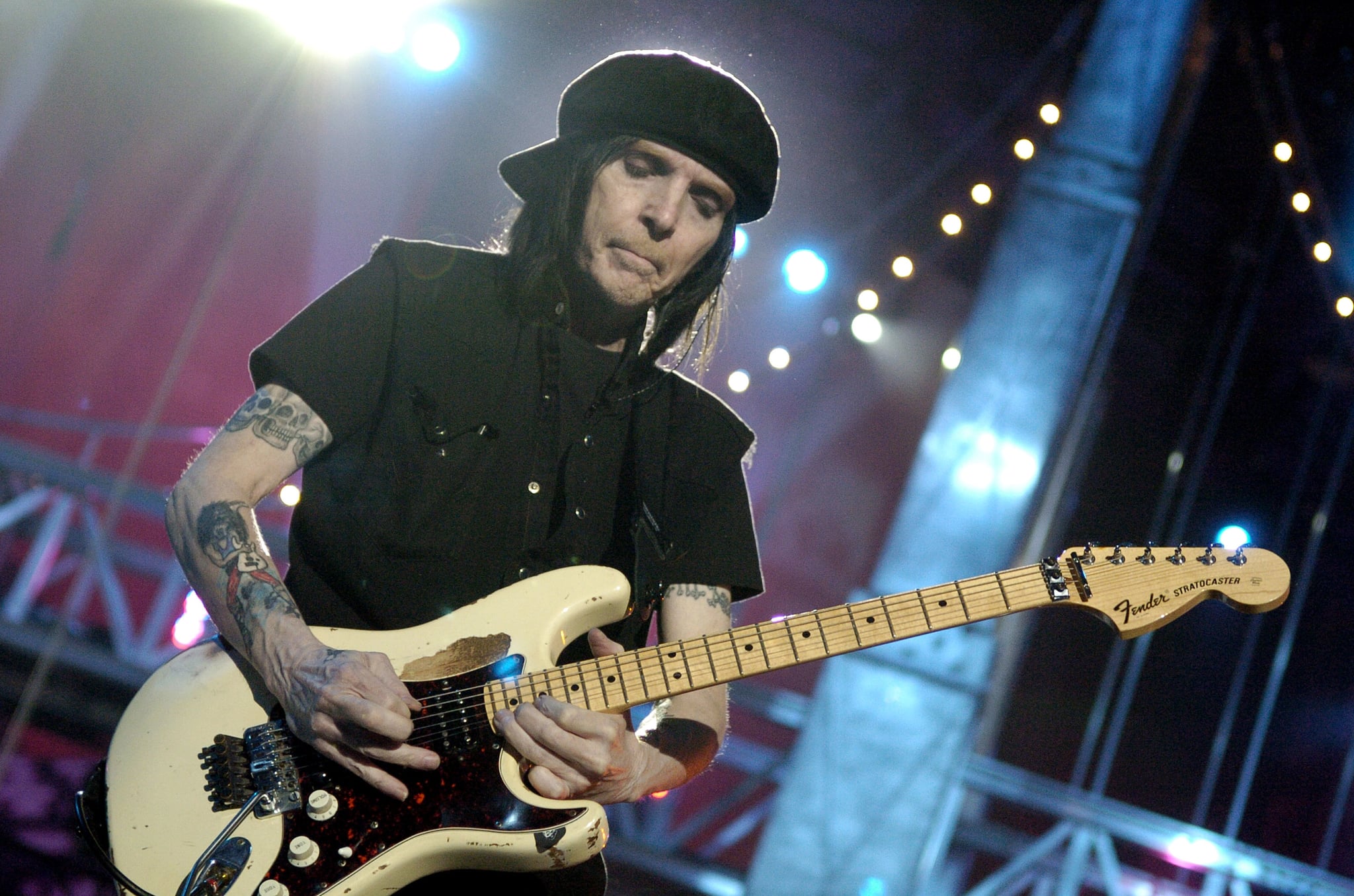 The biopic The Dirt gives some insane inside scoop on the metal band Mötley Crüe, from their scandals to their marriages and more. Along with this kind of drama, there are some more serious elements at play too. Among them: the health struggles of guitarist Mick Mars.

From about the age of seventeen, Mars has suffered from ankylosing spondylitis, a chronic form of arthritis that causes inflammation of the spine and pelvis. This particular type of arthritis is believed to be caused by a combination of environmental and genetic factors, according to the Spondylitis Association of America, and leads to chronic pain, sometimes worsening over time. There is no cure for the disease, although there are treatments that can potentially slow progression and manage symptoms.

Mars has dealt with the disease for over 40 years at this point, and has become more open about discussing it. He revealed more about his struggle in the band's autobiography, The Dirt: Confessions of the World's Most Notorious Rock Band (the book that inspired the Netflix movie):

"My hips started hurting so bad every time I turned my body that it felt like someone was igniting fireworks in my bones. I didn't have enough money to see a doctor, so I just kept hoping that I could do what I usually do: will it away, through the power of my mind. But it kept getting worse.

Then, one afternoon while doing my laundry, I started having trouble breathing. At first, it felt like someone had plunged a knife into my back. But as the weeks passed, the pain kept moving around my back. Next, my stomach started burning, and I worried that my whole body was about to fall apart. I thought that there was a hole in my stomach, and acids were leaking out and destroying my bones and organs. I'd grab hold of doorknobs, anchor my legs into the ground, and pull with my hands to stretch my back and ease the pressure out."

One of the most visible side effects is evident in photos of Mars: his height has actually decreased over the years. In the book The Dirt, Mars reveals that the disease's effects have caused his spine to seize up, which in turn caused scoliosis. The curved spine has resulted in Mars appearing with a hunched posture and "losing" about three inches off his original adult height. Regardless of his health struggles, Mars is still going strong, continuing to work with his bandmates on new music to this day.