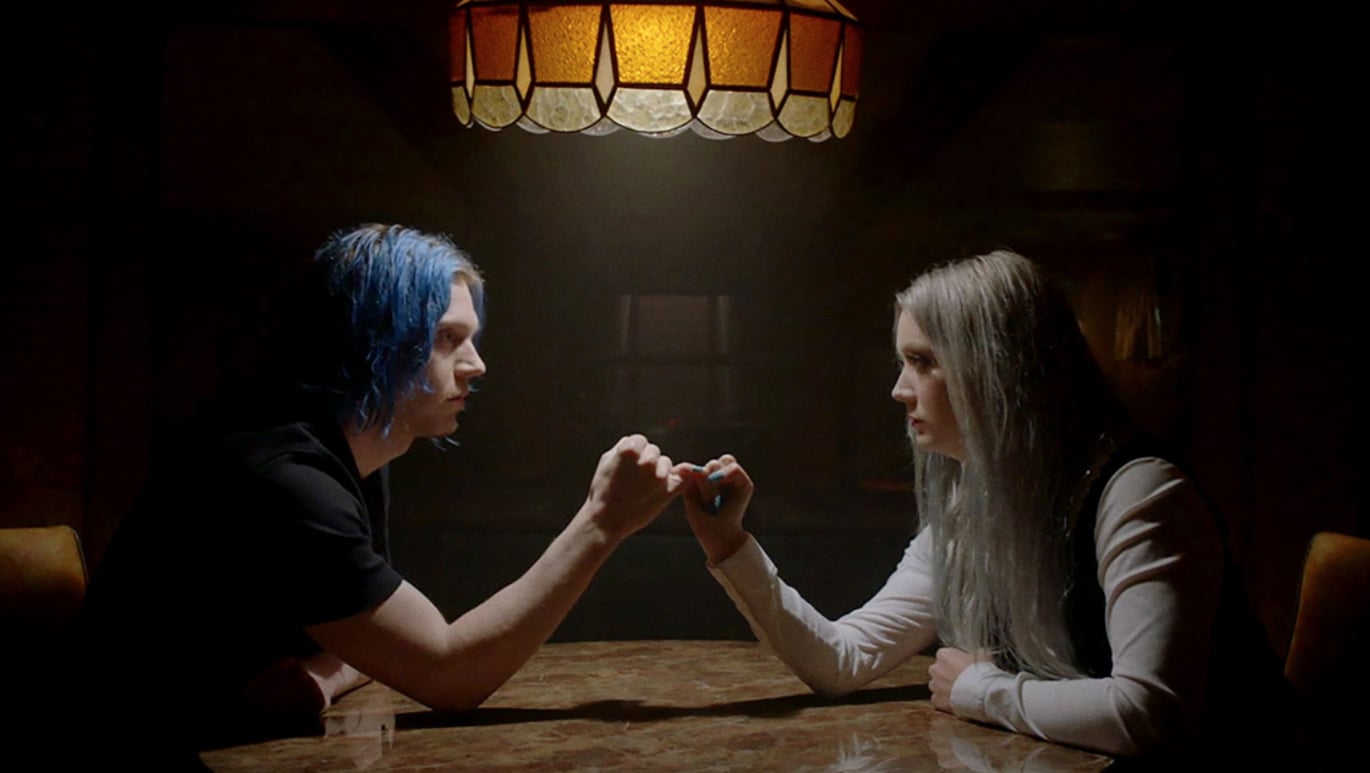 We're used to having more questions than answers when it comes to American Horror Story, and that's never been more true than in season seven, Cult. For instance, why did Harrison have to die? Is Winter headed for a major betrayal? And what, exactly, was up with Lena Dunham's wild accent? Well, while we wait for someone to fill us in on those, Reddit user saragoss813 seems to have uncovered the rationale behind something else entirely: Kai's obsession with pinky swears.

The charismatic cult leader played by Evan Peters has been doing the vaguely disturbing pinky swear ritual with the members of his growing cult since the very first episode. While we initially chalked it up to simply being a way to connect with and seduce his loyal followers, there might be something a bit more sinister at play. The deaths of both Meadow and Harrison are arranged by Kai in some way (he convinces Meadow to shoot herself at the rally and pushes the other women in the cult to kill Harrison), and it all might boil down to what they revealed to Kai during each of their pinky promises with him.

Related:
American Horror Story Hid a Sneaky Cult Easter Egg in Roanoke — Did You Catch It?

"Kai draws out of Meadow her fear of never being loved or penetrated again, of never again being important," saragoss813 explains. "Before she dies, he 'loves' her in his own way, they have sex, and she becomes national news after her shooting. Kai forces Harrison into admitting he fears loneliness and would rather see Meadow dead. Meadow dies, Harrison dies."

So, could the confessions other cult followers made to Kai hint at their fates on the show? When he asks Winter what "scares her the most," she responds, "Honestly, Kai? You." We already have a feeling that Kai is going to send Winter to jail in some way due to the prison jumpsuit Billie Lourd was photographed in, which could be his way of "protecting" her from him and, therefore, removing her fear. When it comes to Ivy, she admitted she hates her phobia-prone wife, Ally, and is furious that she couldn't be their son Oz's biological mother. For the first half of the season, it seemed like Kai was trying to help her by making Ally seem like an unfit mother, but could it go a step further? Could he impregnate Ivy himself so she could bear a child? Or kill Ally? Or send Ivy to prison with Winter, so that she doesn't have to be around Ally anymore?

As in all things American Horror Story, we can never be too sure. Season after season, creator Ryan Murphy proves he's not afraid to throw in a twist, no matter how crazy or unbelievable. Still, it feels like those pinky swears must be more significant than the show is letting on.

Read the theory in full below to decide for yourself!

Glow Up
Glow Up: Every Makeup Artist Competing on Season 3 of the BBC Reality Show
by Angela Law 21 hours ago