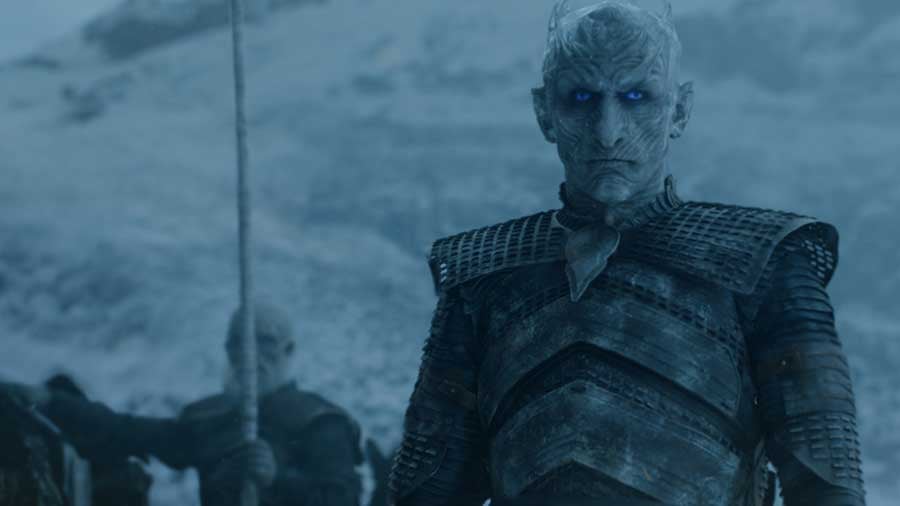 Jon Snow and his raiding party meet a bloodcurdling sight on Monday's Game of Thrones episode, "Beyond the Wall": an army of White Walkers and wights barrelling down on them from all sides as they wait on a rock pile in the middle of a partially frozen lake. But just what are these undead fighters after? 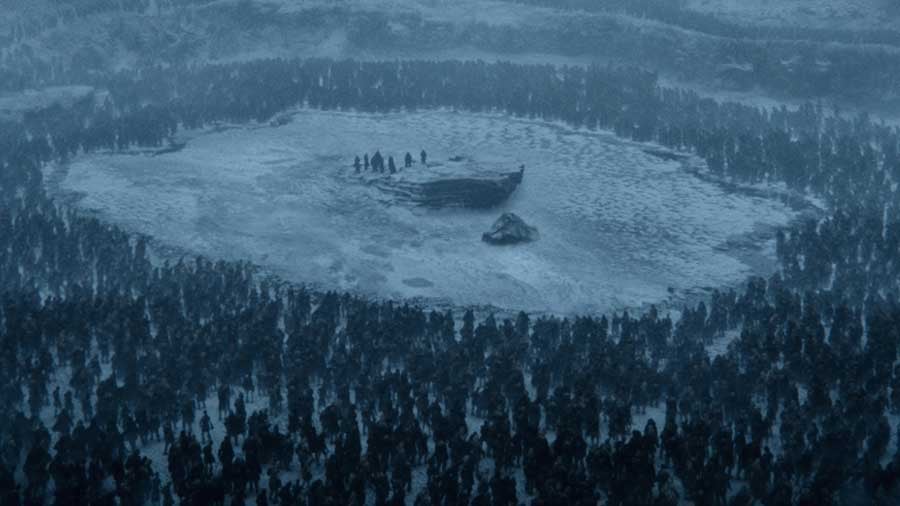 Thousands of years ago, when the First Men were invading Westeros, the indigenous Children of the Forest created the White Walkers as a way to protect themselves from the invading conquerors. But eventually the White Walkers broke free of the Children's control and started working toward their goal of killing and resurrecting every living person in Westeros.

It was this mutual enemy that caused the Children of the Forest to align with the First Men, waging the War For the Dawn during the Long Night. This was the longest Winter in Westeros history, but eventually the citizens of the Seven Kingdoms beat back the White Walker threat and then built the Wall to keep the White Walkers from invading again (until now).

It is at the beginning of the Game of Thrones saga that the Night's Watch, founded to guard Westeros should the White Walkers ever rise up again, starts receiving reports of White Walkers from beyond the Wall. Now, six years later, the army is marching on Westeros to slaughter the people and rule the land.

Related:
Bran May Be Game of Thrones' Greatest Villain, According to This Theory

Only dragonglass and Valyrian steel are known ways to kill White Walkers, so hopefully Jon Snow's minions are hard at work mining the dragonglass from underneath Dragonstone. Now if he and Daenerys can only convince Cersei of the impending threat, perhaps all the citizens of Westeros can once again work together to beat back the Night King and his army.

As Beric Dondarrion reminds Jon Snow in "Beyond the Wall," "Death is the enemy — the first enemy, and the last. The enemy always wins. But we still need to fight him."