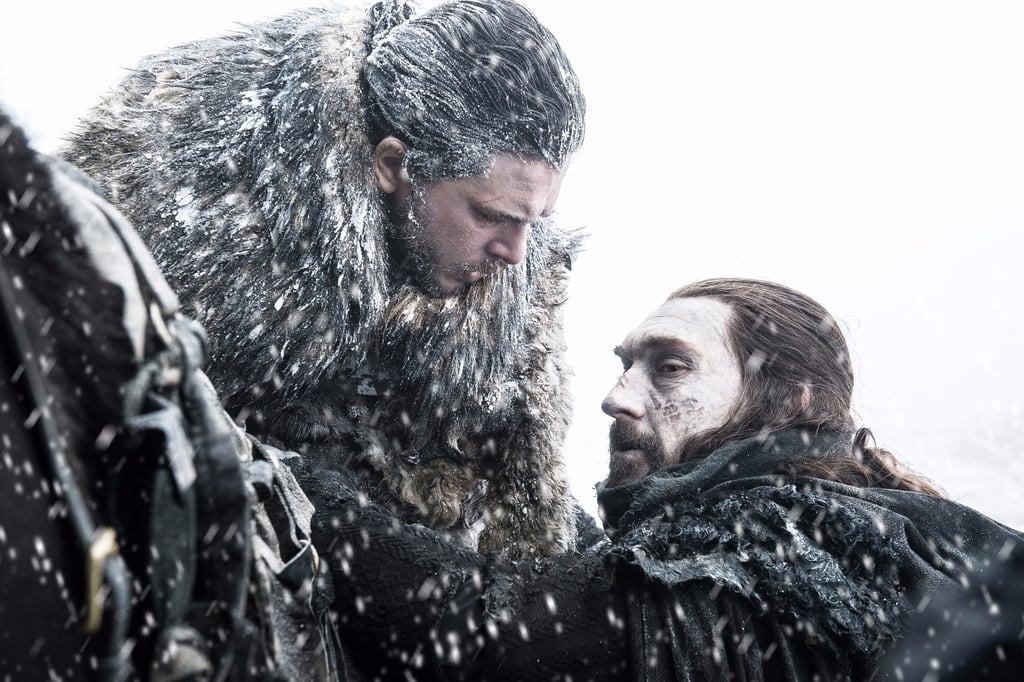 Good News: Game of Thrones' Benjen Stark Is Still a Babe Out of Costume

Jon Snow lost his uncle Benjen in the latest episode of Game of Thrones. The heartbreaking death (which we didn't actually see) came when Benjen rescued Jon (Kit Harington) from the sea of oncoming White Walkers and wights, giving his nephew his horse to get back to the Wall while he was left to fend for himself. While Benjen hasn't been on the show a lot over the years, he always pops up at extremely important times, making fans love him that much more. He's mysterious, brave, and pretty sexy with that long hair and facial scar. While some GOT characters look drastically different on real life, Benjen, played by Joseph Mawle, still has his character's general persona even out of costume. While Joseph doesn't have long hair or that scar, there's no mistaking those beautiful eyes.

Related:
81 Must-See Photos of the Game of Thrones Cast Out of Character
Previous Next Start Slideshow
Game Of ThronesTV