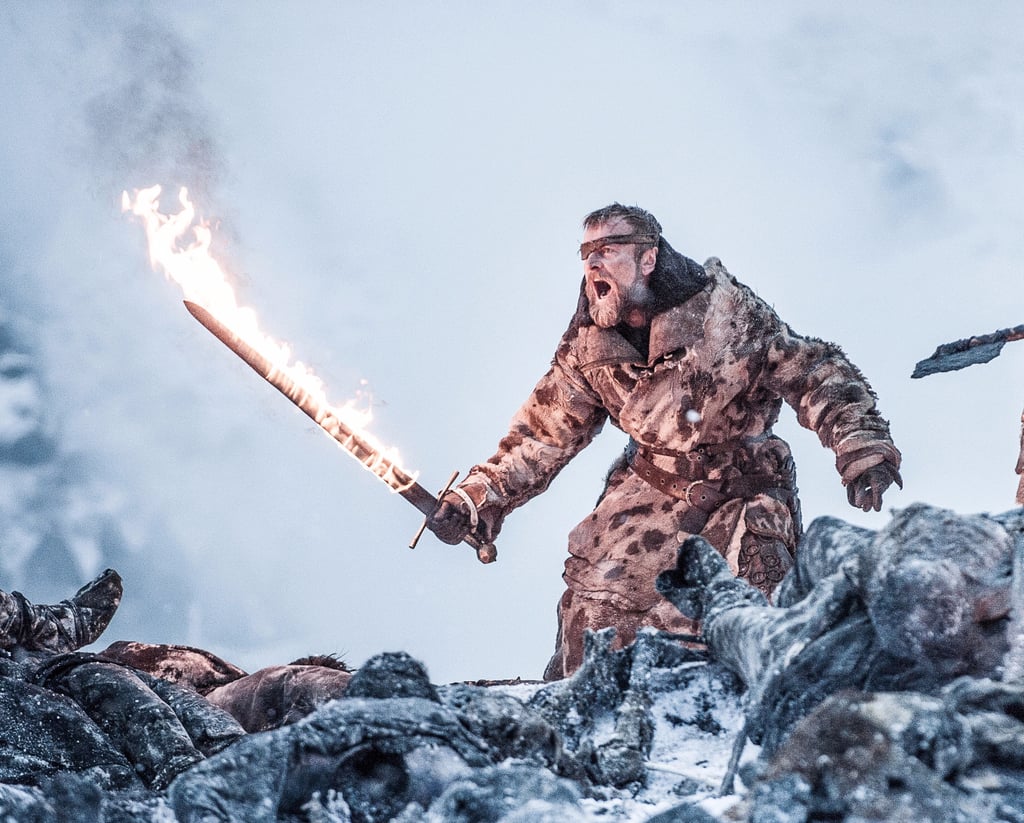 Game of Thrones: You'll Never Guess What Beric Looks Like Without His Eye Patch

When you think of Game of Thrones, you don't really think of the actors spending hours upon hours in the makeup chair (well, besides the White Walkers and Wights). But the main players in George R.R. Martin's world actually change quite a bit for their roles on the HBO show. Kit Harington (Jon Snow) changes his accent, Rory McCann (The Hound) doesn't have that huge facial scar, and Dame Diana Rigg (Lady Olenna) was another woman entirely without that headpiece.

While most of the characters do transform just through their outfits (massive fur coats, heavy armour, etc.), it's one character's tiny accessory that really brings his role to life. Richard Dormer (Beric Dondarrion) wears an eye patch in the series, and along with that accessory, his scruffy facial hair, and what looks like 100 pounds of clothing, his real-life look is shockingly different. Honestly, we would walk right by the actor on the street (and regret it forever).