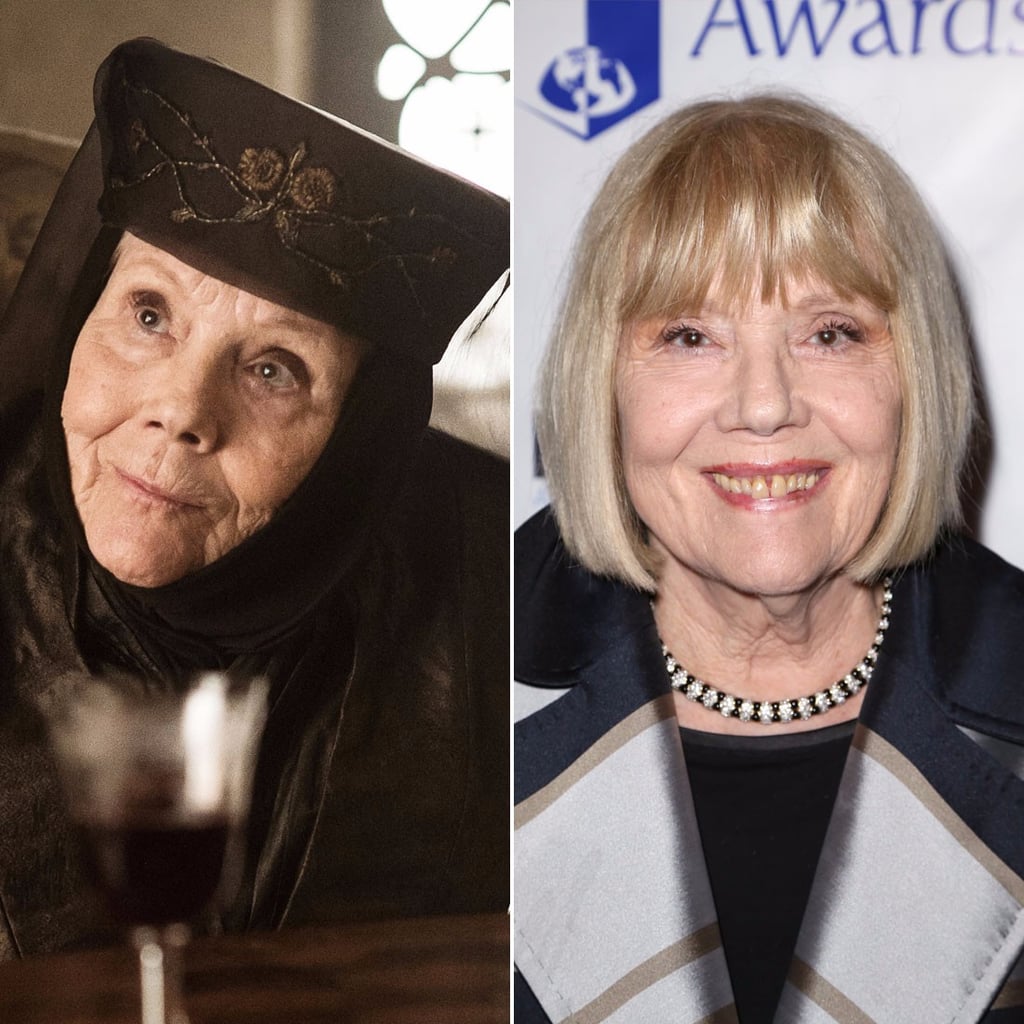 The Truth Is Here: Game of Thrones's Lady Olenna Looks So Different in Real Life

Game of Thrones probably broke your heart again when Lady Olenna willingly swallowed poison on Sunday night. While death wasn't obviously her choice, she took control of how she left the crazy world that is Westoros after everyone she loved was brutally murdered (she also delivered one hell of a truth bomb before she went). Despite her age, Olenna was one of the strongest and most badass female characters on the show, which was obvious during her recent chat with Daenerys Targaryen. "I've known a great many clever men," she said. "I've outlived them all. You know why? I ignored them."

While we'll sadly miss Olenna on the small screen, we still have the actress who plays her to obsess over: Dame Diana Rigg. The 79-year-old English actress has been around for decades, and she was (and still is) a total babe. While it's a bit jarring to see Diana out of her Olenna headpiece for the first time, there are plenty of her previous roles you can check out to fill the Olenna void in your life. Besides Game of Thrones, Diana is known for her work in TV shows like The Avengers, as well as movies like Theater of Blood and On Her Majesty's Secret Service. Keep scrolling to see Diana's glamorous beauty over the years.

Related:
Where Every Major Game of Thrones Character Is From in Real Life
Previous Next Start Slideshow
Diana RiggGame Of Thrones