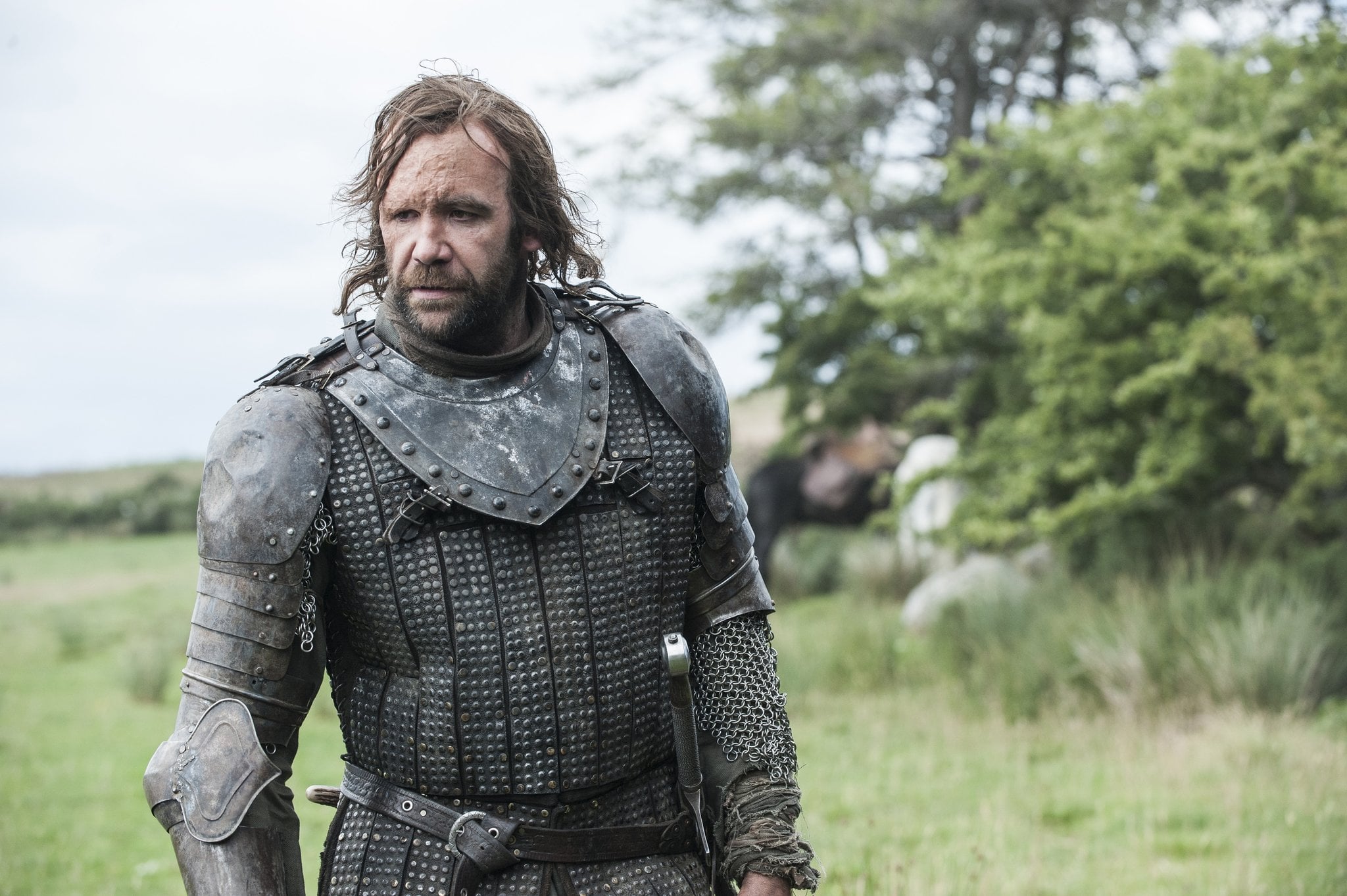 Sandor Clegane, better known as the Hound, has consistently been one of the most interesting characters to appear in Game of Thrones. He starts off as an unfeeling, callous, and violent warrior loyal to the late King Joffrey, but with a little help from Sansa and Arya, he gradually becomes a little less unfeeling, a little less callous, and a little less vio — OK, no, he's still pretty violent. Although the Hound is known for a lot of things (mostly gutting people with an ax, but that's neither here nor there), one of his most prominent traits is the giant scar that mars his face, the origin of which explains his predilection for brutality.

His violence, though graphic, is not surprising given the traumatic childhood he endured with his abusive, monstrous older brother, Gregor Clegane, aka the Mountain. In season one, Sandor briefly opens up to Sansa about the awful way he got his scars, telling her that when he was just a small boy, he picked up a toy that his older brother had cast aside and began to play with it. Without warning, Gregor suddenly grabbed Sandor and held his face against a burning brazier (the same oil-filled podiums that Daenerys tipped over to burn the Dothraki hut to the ground, FYI), and only stopped when a group of servants were able to pull him off. Sadly it was too late for the Hound, who sustained severe burns on the right side of his face and developed a debilitating fear of fire.

This incident has fuelled the hatred between the Hound and the Mountain ever since, leading many fans to theorise about a potential duel between the two, referred to as Cleganebowl. The events in the eighth episode, "No One," seem to have destroyed any hope of that fight going down, but if it ever does, let's hope Sandor finally gets the vengeance he so deeply desires.