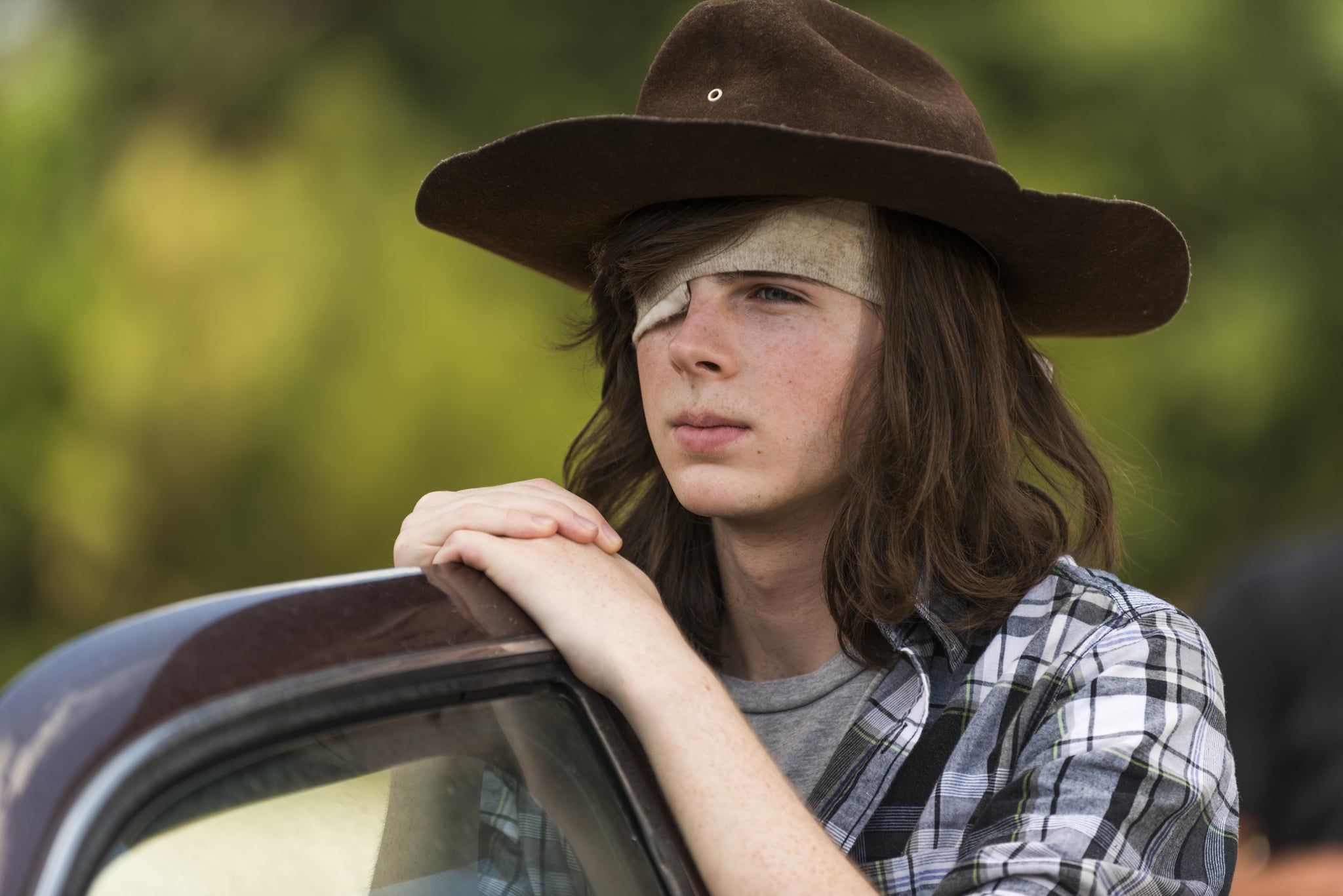 Carl is growing up before our very eyes on The Walking Dead. Rick's son has gone from a pudding-loving little boy who we kind of hated to a teenager who we, well, still kind of hate. It's complicated, and it's only getting more confusing now that we've seen Negan take a shine to the kid. Theirs is an interesting dynamic, and if the show follows the comics, they're only going to get closer. While we're still figuring out how we feel about teenage Carl, let's take a look at how his storyline plays out in Robert Kirkman's comics, since that story is so much further along.

Just like on the show, comic-book Carl becomes colder and more callous after losing his eye. His encounter with Negan makes Carl hate the Saviours even more, but he struggles to be useful during the war against them. When Rick has the opportunity to kill Negan, Carl begs him to do it, but Rick won't, refusing to stoop to Negan's level. The books skip ahead two years into the future, when it's revealed that Rick has been keeping Negan imprisoned in a basement, and Carl has been chatting with him like a buddy — but he still wants Negan dead.

Eventually, Carl moves to the Hilltop community to learn the blacksmith trade. While hanging out with Sophia (Carol's daughter, who is still alive in the comics), two boys attack and Carl beats them half to death. Maggie puts him in a prison cell, where he meets Lydia, the girl who takes his virginity. It turns out that Lydia is the daughter of Alpha, the leader of the Whisperers, notable villains in the Walking Dead universe. Carl goes with Lydia, Alpha, and their group, but Alpha gets Rick, who convinces Carl to leave. Carl insists on taking Lydia, who has been raped by members of the Whisperers, and Rick agrees to take her in. Upon returning to their camp, the group realises that while they were out, Alpha's people murdered several of their friends, putting their heads on spikes in front of the camp. War is on.

Rick sends Carl and Lydia to the Hilltop to keep them safe, where they continue sleeping together. Though it's safe for them to return to Alexandria, they choose to stay at Hilltop, where they've begun a life. They are in charge of watching over Hilltop and protecting it from the Whisperers, when Lydia chooses to tell Carl that she doesn't love him. They fight, and Lydia insists they can still spend time together, but she doesn't love him. When the Whisperers wage battle on Hilltop, they try to take Lydia with them, but Lydia retaliates, shooting one and saying Hilltop is her home.

Related:
Image Source: AMC
The Walking DeadTV
Around The Web

British Celebrities
From Skins to It's a Sin, Here's Everything You Need to Know About Olly Alexander
by Navi Ahluwalia 6 hours ago