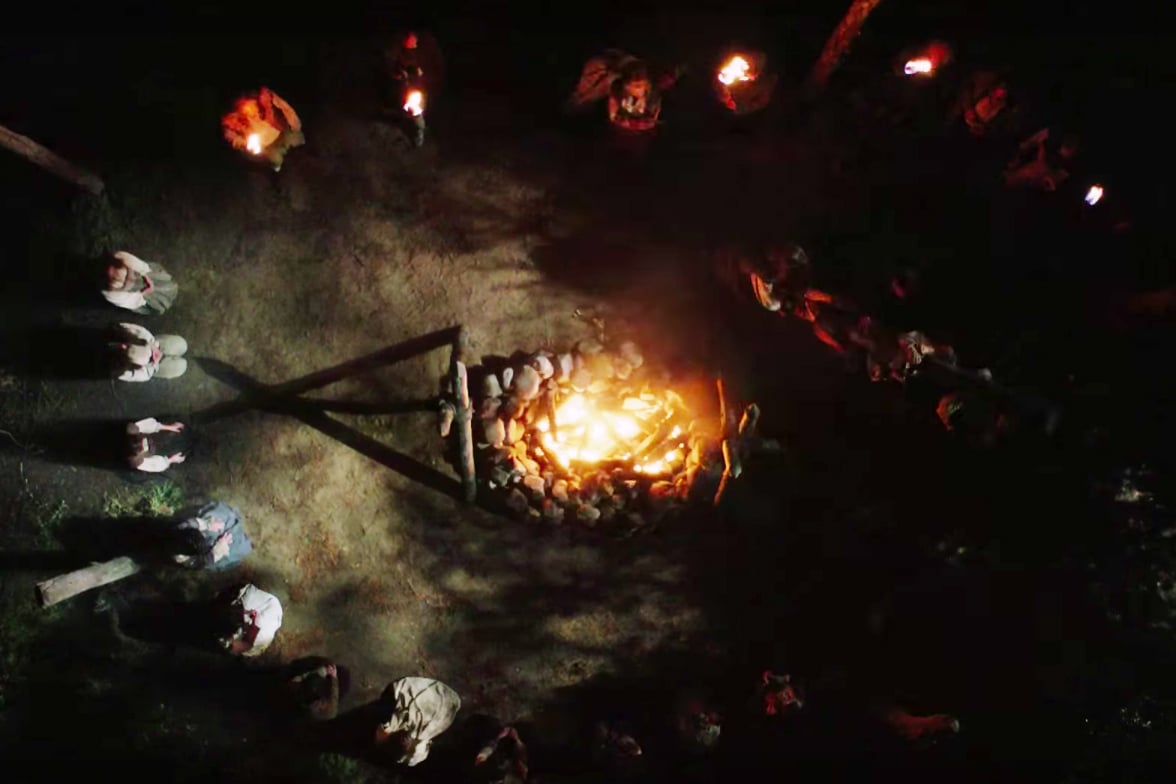 American Horror Story's new season has finally premiered, and the season six opener was full of the same chills and surprises we're used to. Surprise! Both Sarah Paulson and Cuba Gooding Jr., the stars of The People v. O.J. Simpson: American Crime Story are the new leads. One huge mystery was also finally solved — the premise. Season six, aka My Roanoke Nightmare, features an old farmhouse and a yuppie couple eager to get away from city life. But the biggest mystery of all is one word, Roanoke, and it takes us all the way back to high school history class.

Roanoke, also commonly known as the Lost Colony, was a 16th-century colony established on Roanoke Island in North Carolina. Led by John White, a renowned artist and close friend of the settlement's founder, Sir Walter Raleigh, it was the first British settlement in North America by the English, and White's granddaughter, Virginia Dare, was the first English child born on North American soil.

Settling was not easy, and after running into problems with the local tribes, White returned to England to ask for help. It took him three years to return, but when he finally made it back to Roanoke in 1590, the colony was gone and there was only one clue as to the fates of the inhabitants: the word "Croatoan" carved on a fence post.

In the years since, the mystery of Roanoke has been fertile ground for countless ghost stories and conspiracy theories. The preview of the upcoming episodes definitely seems to include more members of the colony, led by Kathy Bates's mysterious character. Whatever happens, we're sure AHS will give the tale full justice this season.

British Celebrities
Thought You’d Be Out All Summer? Think Again, Because Love Island Is Back
by Navi Ahluwalia 8 hours ago