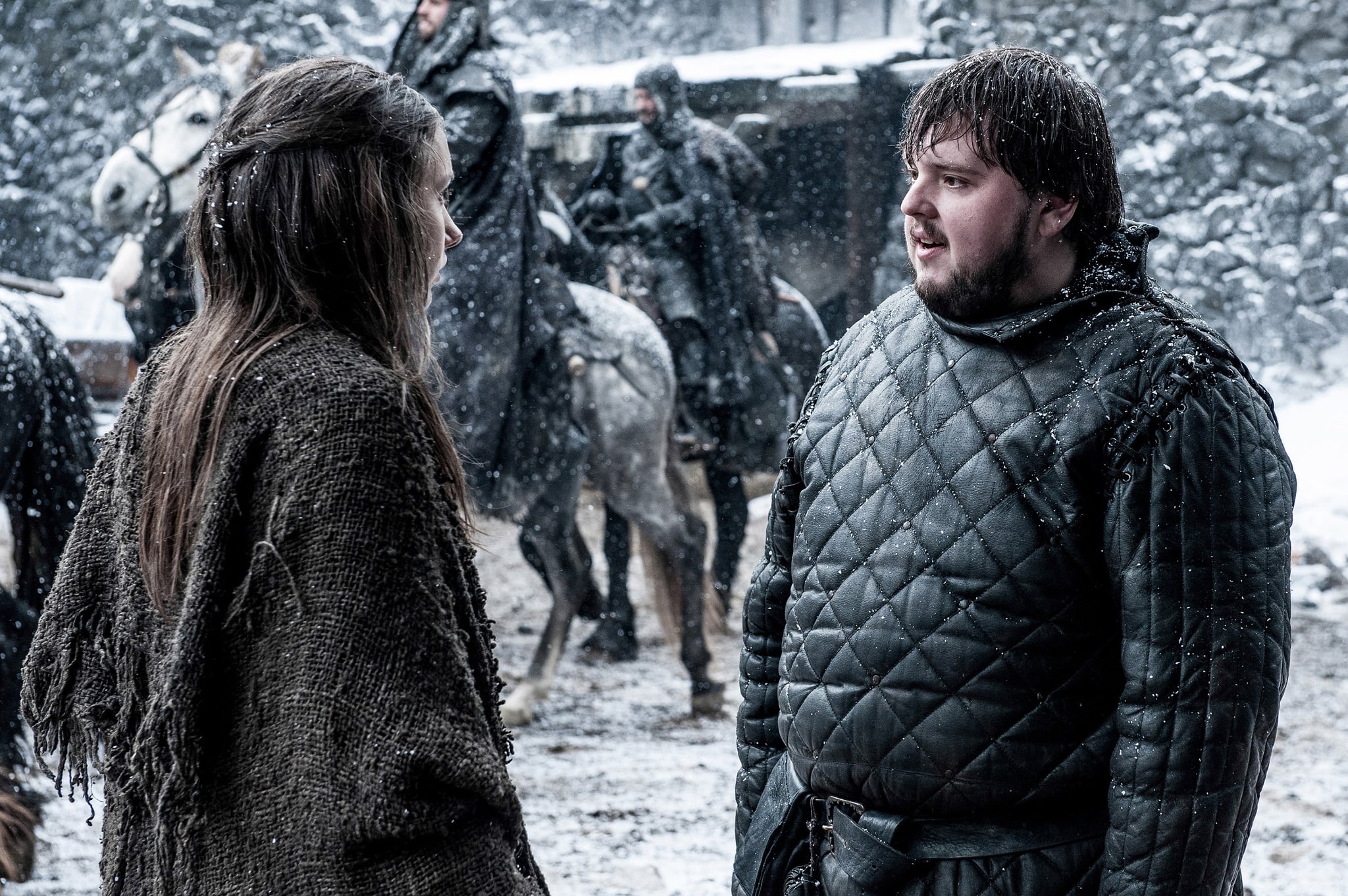 At long last we are reunited with the lovable Samwell Tarly on Game of Thrones. When we last saw him on season five, Jon Snow had agreed that Sam should become a Maester and sent him away from the Night's Watch with Gilly and her baby. Fast-forward to episode three of season six, where Sam is seasick, on his way south, and reveals that Gilly cannot go with him to Oldtown.

But What Is Oldtown?

Oldtown is the home of the Citadel, where Maesters (basically healers) are trained. We've heard mention of the Citadel in reference to Qyburn being kicked out for his experiments on the living. A few other key bits of knowledge you should know include that it is extremely old and large, was built by the First Men, and is home to House Hightower.

How Does One Become a Maester?

Becoming a Maester in the world of Game of Thrones requires much dedication. They study incessantly until they earn a link of metal that reflects their area of scholarship. When the aspiring Maester has earned enough links to form a chain around their neck, they graduate to the title of Maester. This often takes years to complete but can be done in less time if the student is exceptional (as we know Sam is).

Maester Aemon's death on season five leaves the Night's Watch with no Maesters. Sam is the most learned man on the Wall and has an obsession for books that would certainly brand him a well-respected nerd in today's society. Perhaps, too, Jon anticipates the coming fight against the White Walkers at the Wall and knows that, if the Night's Watch survives, they will need Sam there as a Maester. Sam would not be as useful in the fight (in spite of his moments of heroism).

As Sam continues his journey, we're hopeful that this awe-inspiring city will find its way to our televisions. We hope Sam can find somewhere safe for Gilly and move on with his duties of becoming a Maester soon, because judging by the lore around the Citadel and how large Oldtown is supposed to be, we're in for stunning scenery and intriguing backstory.