The trailer for The Stanford Prison Experiment was recently released, and if you were appalled just watching it, think of how the experience must have been for the men who had to live it. The movie, starring Ezra Miller and Michael Angarano and due in cinemas in July, is based on the true story of a trial conducted by Dr. Philip Zimbardo (played by Billy Crudup in the movie) at Stanford University in 1971. If you learned about this in school, you probably remember the general gist of the experiment: A sampling of male volunteers were split into two groups, guards and prisoners. They lived in a faux prison setting, and as the trial went on, their behaviour and personalities appeared to be greatly influenced by their assigned roles. Here's a basic breakdown of the study — the details of which you can find at the experiment's official website — and the incredibly disturbing results.

It started with a newspaper ad; more than 70 applicants responded to Dr. Zimbardo's call for volunteers to participate in a study about the psychological effects of imprisonment. Researchers whittled the group down to 24 students and paid them $15 per day for their participation. Based on preliminary psych examinations, the volunteers were assigned the role of either prisoner or guard. The prisoners were "arrested" at their homes, brought to the police station, left blindfolded in a cell, and eventually transferred to the "Stanford County Jail" — the basement of the psychology building that had been renovated into a jail — where they were strip-searched. They were given ID numbers and stockings to wear on their heads in lieu of shaved heads. 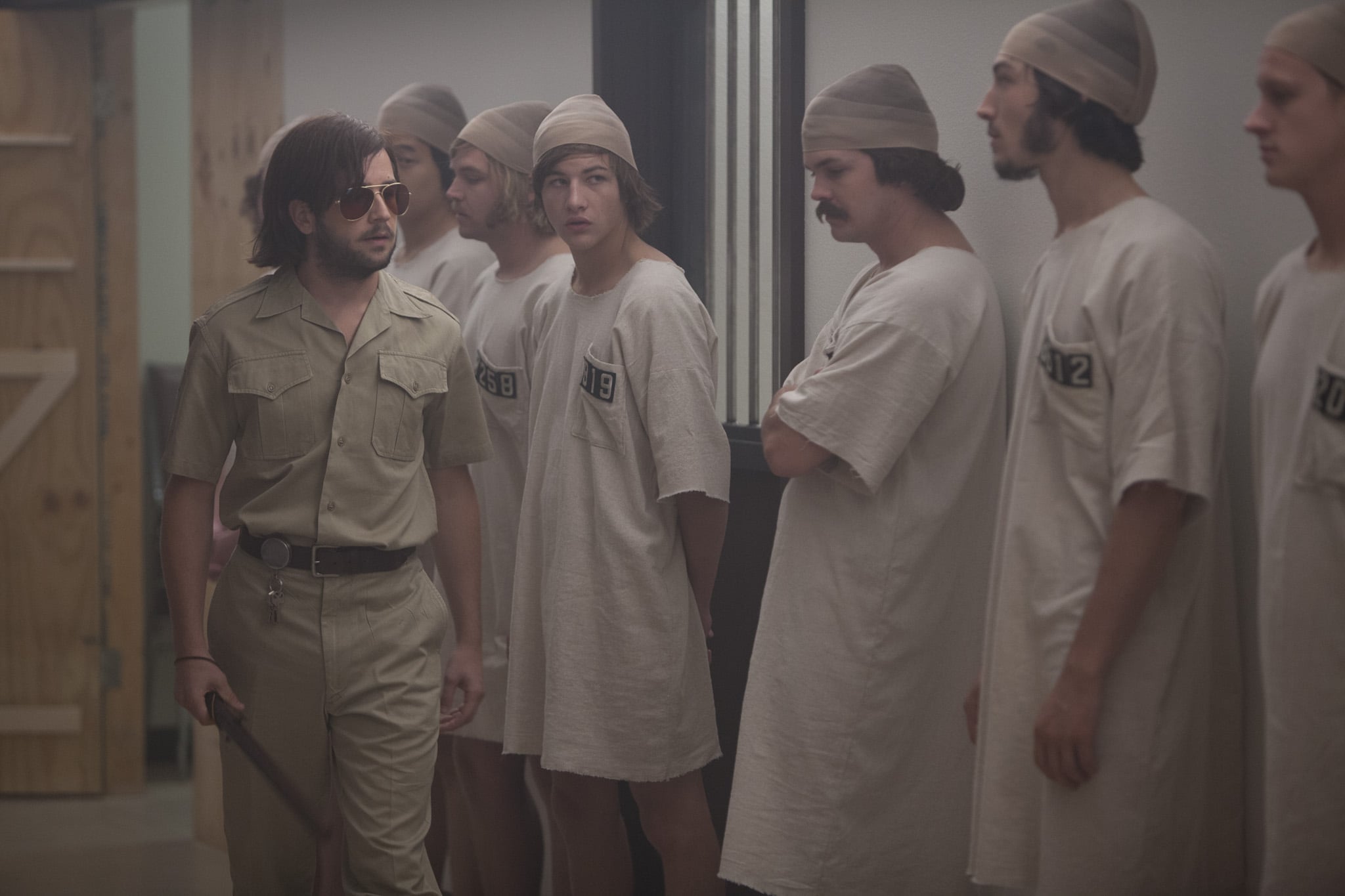 Meanwhile, those selected to be guards (plus one "warden") were told to do whatever necessary to maintain order in the jail. They were given identical khaki uniforms, a whistle, a billy club, and mirrored sunglasses. (Dr. Zimbardo got the idea for the glasses, which were meant to prevent the prisoners from seeing the guards' eyes and add to the anonymity, from the movie Cool Hand Luke.) They worked in eight-hour shifts, while the prisoners were locked away all day, every day, with no release. On the first night, guards regularly woke up the prisoners in the middle of the night for "counts," in which they counted off each prisoner by their ID number. As punishment for indiscretions, guards would force prisoners to do push-ups.

Though the first day went without incident, the prisoners revolted the next day. The guards called in reinforcements (those not working their shifts that day) and broke up the rebellion by blasting a fire extinguisher in the prisoners' faces, stripping them down, taking their beds away, and putting the leaders in solitary confinement. Using psychological tactics, the guards gave clothing and food to some prisoners but not the others, confusing the inmates. They also became more aggressive with punishment and surveillance and forced prisoners to defecate in buckets, rather than toilets. One prisoner began having fits of rage and uncontrollable crying on the third day and was so disruptive that he was released.

On the fourth day, researchers allowed parents and friends to visit, none of whom really questioned what was going on. Guards got wind of a rumoured escape plan after visiting hours, but when it never came to fruition, they punished the prisoners with push-ups, jumping jacks, and menial tasks. Later, when another prisoner broke down emotionally, the guards had his fellow inmates chant: "Prisoner #819 did a bad thing." Dr. Zimbardo found the boy sobbing hysterically in his cell and ended up breaking the illusion of the experiment, calling him by his name and telling him the guards were just students, like him. You can see the footage above.

The study was supposed to last two weeks, but the researchers called it off after just six days. They had observed that the guards were abusing the prisoners at night when they didn't think they were being monitored. They didn't explain what kind of abuse they witnessed on cameras, but the website calls it "pornographic and degrading." Dr. Zimbardo, pictured above with Crudup, who plays him in the movie, went on to write The Lucifer Effect: Understanding How Good People Turn Evil. The experiment remains one of the most high-profile psychological studies of all time.