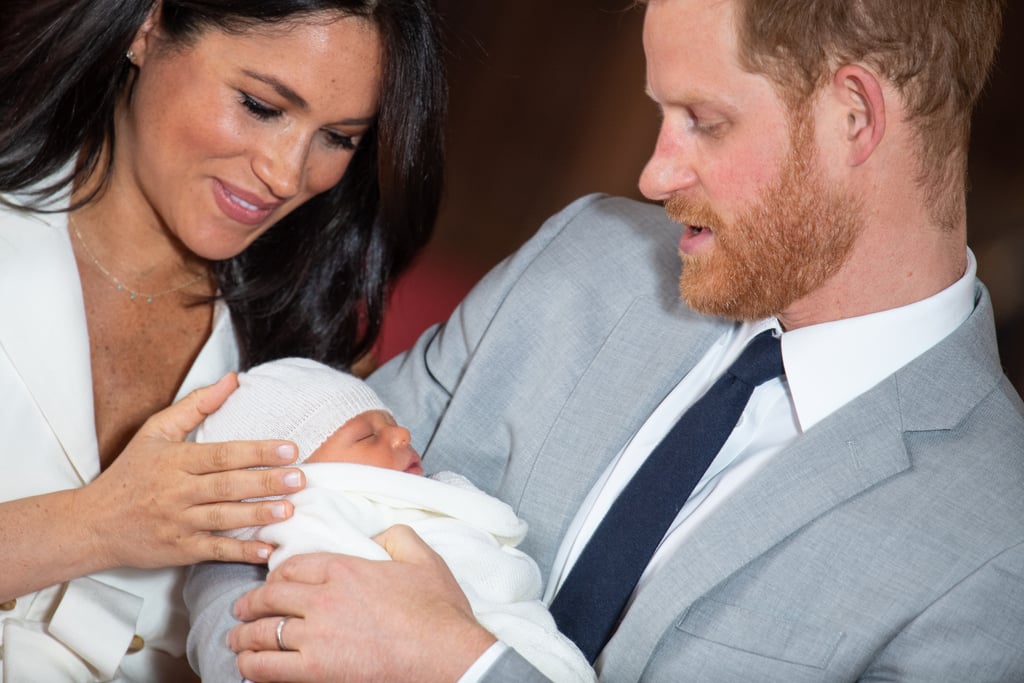 The world is a little bit brighter now that Meghan Markle and Prince Harry's son has arrived. Baby Archie was born at 5:26 a.m. on May 6 and weighed seven pounds and three ounces. After much speculation, Prince Harry and Meghan announced that their son's official name is Archie Harrison Mountbatten-Windsor. Aside from being the name of one of the most famous comic-book characters, Archie means "very bold" and "truly brave." Meanwhile, Harrison literally means "son of Harry." But what about his last name? Where did that come from?

Even though Harry has previously used "Wales" as his surname (his dad, Prince Charles, is the Prince of Wales), Mountbatten-Windsor is the royal family's official last name. "In 1952, after Queen Elizabeth II succeeded, she issued a Letters Patent (LP) that stated the House family and the family name will be Windsor," royal expert Marlene Koenig previously told Town & Country. "In 1960, she issued a new LP that stated the House name would remain Windsor, but the family name would be Mountbatten-Windsor." Mountbatten comes from Prince Philip's surname, while Windsor is the name the Queen's grandfather George V took on in 1917. Baby Archie may not have a royal title, but Archie Harrison Mountbatten-Windsor sure sounds pretty regal to me — don't you think?

Related:
Baby Archie May Not Have a Title Now, but He WILL Be a Prince One Day — Here's Why
Previous Next Start Slideshow
The RoyalsArchie Mountbatten-WindsorThe British RoyalsCelebrity FactsRoyal Baby