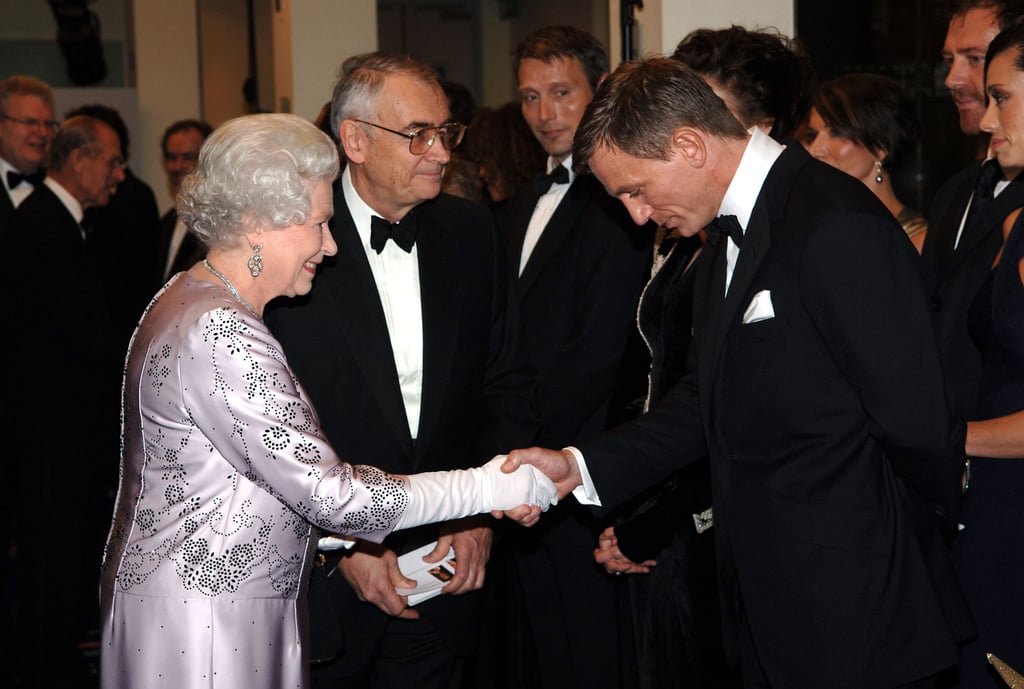 Lights, camera, curtsy! When Prince William, the Duchess of Cambridge, and Prince Harry walked the red carpet last month for the Royal Film Performance of Spectre, they were actually following in the footsteps of King George VI, Queen Elizabeth, and Princess Diana. The annual Royal Film Performance is hosted by the Cinema and Television Benevolent Fund to raise money for those in the film and TV industries affected by accident and illness.

The first Royal Film Performance, A Matter of Life and Death, was held in 1946 and attended by King George VI; his wife, Queen Elizabeth; and their daughters, Princess Elizabeth and Princess Margaret. It was only six years later that Princess Elizabeth became queen, and she has attended most of the Royal Film Performances since, including Casino Royale in 2006. The 2007 event, which was to feature Brick Lane, was officially cancelled due to scheduling conflicts with Prince Charles, but there were other reports that the palace pulled out due to concerns that there would be protests.

Others films chosen for the honour over the years include classics To Catch a Thief and West Side Story, as well as more left-field choices like Hot Shots! back in 1991, which was attended by Princess Diana. The Spectre premiere marked the third time a Bond movie has been chosen for a Royal Film Performance and the first time Prince Harry attended such an occasion.