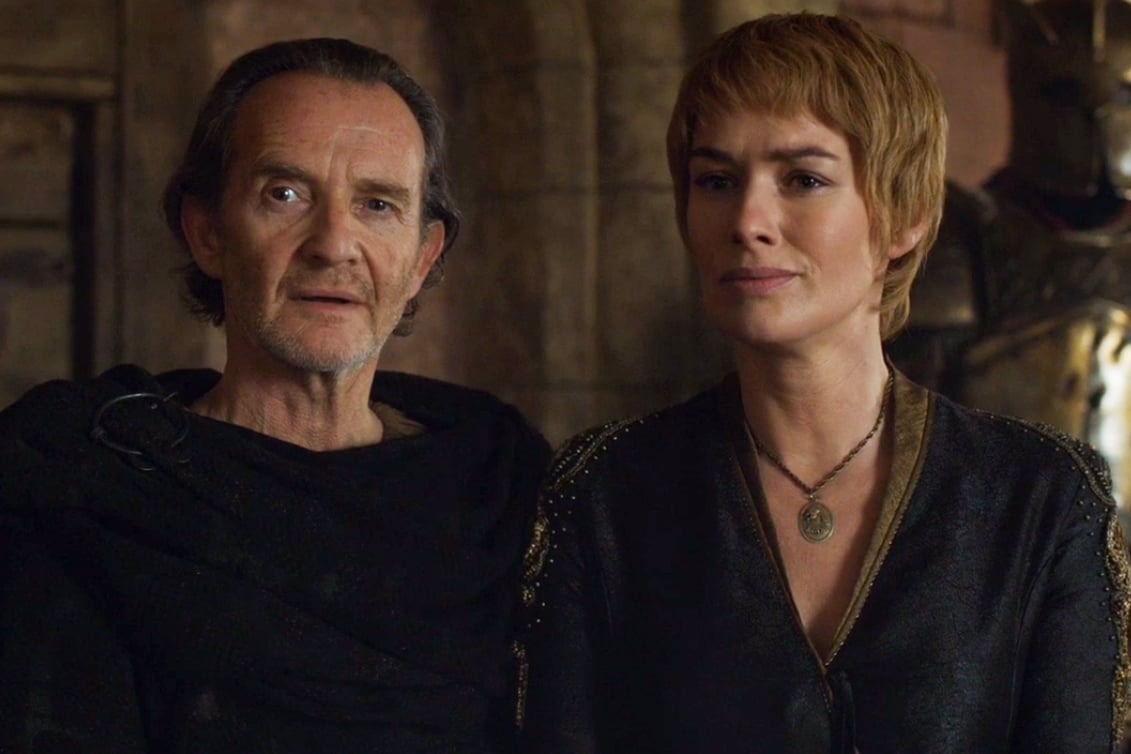 Cersei nearly always has a scheme up her sleeve on Game of Thrones. Her latest partner in crime is the shifty Qyburn, a former maester who was stripped of his title for performing shady experiments. First, Qyburn provides Cersei with her zombie Mountain guard. Then, in Monday's episode, he alludes to important news he's dug up for her.

Where Is Qyburn Getting His Information?

With Varys across the sea in Essos, Qyburn decides to take advantage of his "little birds," or child spies. Qyburn invites the children into his office and bribes them with sweets, extracting promises to bring any relevant information to him rather than through Varys's usual channels.

What Does Cersei Want?

Cersei, always paranoid and on the lookout, asks Qyburn to put feelers out in Dorne, Highgarden, the North, and anywhere else she might conceivably have enemies. She wants to get the jump on her foes and start scheming against them. However, she never mentions specific people or goals.

What Could It Mean?

Qyburn mentions in Monday's episode that his investigation using Varys's birds has borne interesting fruit. But Varys had his finger in many pots, which makes narrowing down Qyburn's information tricky. We know that Varys always kept a close eye on Daenerys's developments in Essos. Could Cersei have caught wind of Daenerys's dragon army and Tyrion's position at her right hand? Cersei has always wanted Tyrion dead. With the High Sparrow's forces making her feel helpless, Cersei could sorely use the satisfaction of revenge.

Could She Be Looking For Wildfire?

Cersei might hate Tyrion, but for once he's not posing an immediate threat or annoyance to her. With her trial by combat cancelled and the Mountain rendered useless, it's far more likely that Cersei is searching for other ways to undermine the High Sparrow. In her desperation, she could turn to the unstoppable force of wildfire as a weapon. Bran has been seeing more and more wildfire in his visions this season. Qyburn, who was already unceremoniously discharged from the order, would probably have little compunction about handing Cersei wildfire. And Cersei, who's shown she's willing to do anything to protect herself and her children, might not mind torching King's Landing to get her son back from the High Sparrow.