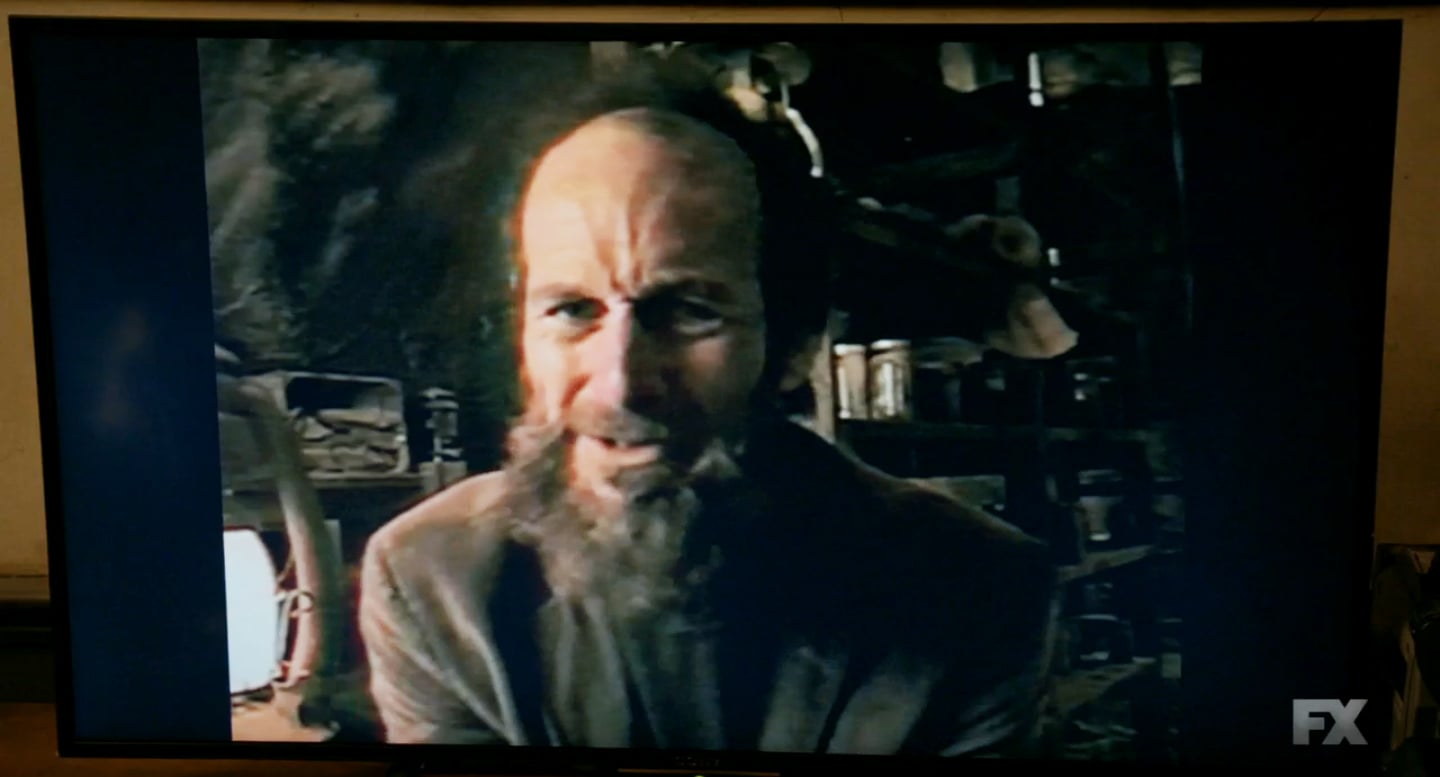 Episode two of American Horror Story is a doozy. There are witches? ghosts? in the woods, twitching pig tails pinned to walls, and, of course, an ominous presence promising to kill everyone in the house. Then there are the nurses. The terrifyingly chipper, evil nurses. Where did they come from? What did they want? Thankfully, there was the very helpful video in the cellar to explain. Here's a breakdown of everything we learned from the video that Matt and Shelby watch:

Spooky stuff. Even spookier, there's one letter left to complete the word, which is currently stuck at "MURDE." We can't help but wonder who the next unlucky victim will be . . .