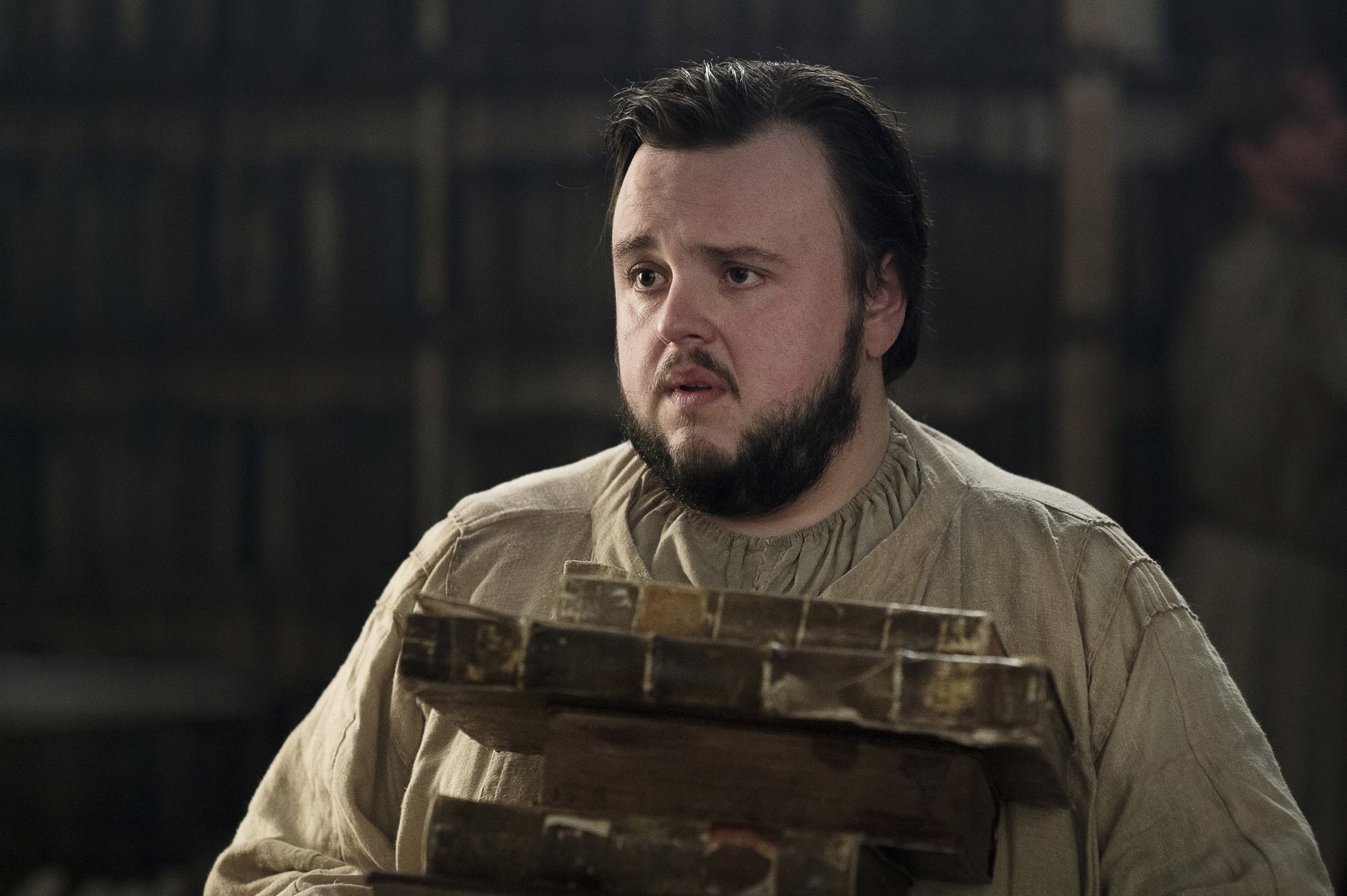 While originally conceived as the bumbling, well-intentioned BFF of Jon Snow, Samwell Tarly has steadily become an integral character on Game of Thrones. In season seven alone, we've seen him do everything from scrape poop out of chamber pots and unearth a game-changing location of dragonglass to bravely (and disgustingly) cure Ser Jorah Mormont's greyscale at the Citadel. In the season's fifth episode, "Eastwatch," Sam puts his newfound knowledge (and courage) to the test when he stands up to a group of maesters disparaging the veracity of a devastatingly important note sent to them from Winterfell.

The note's author, Bran Stark, who's finally back home , warns the maesters that the Night's King and his army of wights are getting dangerously close to Westeros. "A crippled boy claims to have seen dead men on the march beyond the Wall, thanks to the magical help of a raven with three eyes," one maester says, poking fun at the seemingly crazy idea while Sam's eyes widen. The maester-in-training stands up for Bran, recounting how he once led the young Stark through the Wall "years ago" and that they should listen to what Bran has to say to prevent a repeat of the Long Night. Although the maesters unwisely brush off Bran and Sam's claim, the scene did make us wonder — when exactly did those two meet for the first time?

Back in season three, Bran, Hodor, and Jojen and Meera Reed camp out one night at the abandoned Nightfort castle (it's the same episode where Bran tells the chilling story of the Rat Cook). Bran wakes in the middle of the night to hear Samwell and Gilly breaking in to also take shelter, and Sam immediately recognises Bran because of Hodor and his direwolf. Sam reluctantly agrees to take the gang north of the Wall the next day, and when they part, he gives them dragonglass to protect them from any White Walkers. Sam and Gilly head for Castle Black, while Hodor, Bran, and the Reeds begin their journey beyond the Wall.

It's during this same episode, "Mhysa," that Maester Aemon instructs Bran to begin writing letters to warn Westeros that the White Walkers have returned, though clearly that sentiment has yet to sink in. Fortunately, now that Sam is on the move (to where, we're not quite sure yet), hopefully that means he'll use both his and Bran's knowledge to get more people on their side. After all, few people know the threat of the White Walkers better than Bran and Sam.