This week's Game of Thrones season premiere let us in on a big secret: the "Red Woman," Melisandre, is actually hundreds of years old and conceals her true, extremely old form with magic. We have a lot of questions about Melisandre and that jarring final scene, but it seems pretty clear that her necklace — which we have seen glow red — is key to making her appear young and beautiful. While this was a shock for just about every Game of Thrones watcher, there is actually a theory going around that Melisandre may have shown off her real form to another character — we just didn't know it. 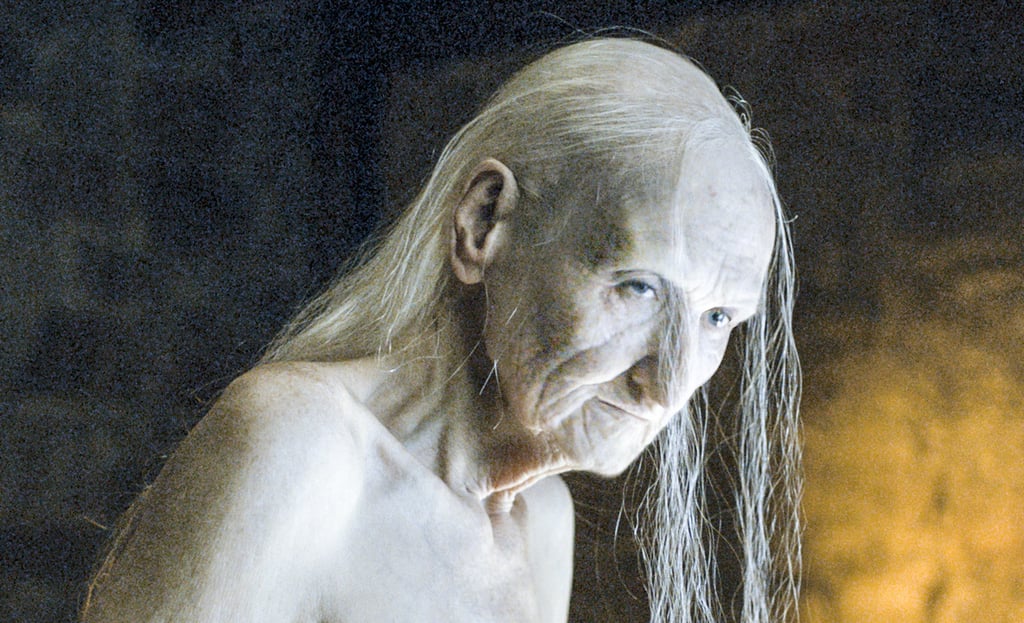 Vanity Fair points out that Stannis Baratheon's wife, Selyse, comes to talk to Melisandre while she is in the bath in episode seven of season four. You can watch the scene here, but essentially, she is in the bath naked, as one usually is. Naked as in, no glowing necklace, which is the accessory she removes this week to be Old Melisandre.

So there are two possibilites here: either the necklace is not the source of Melisandre's age-cloaking, or as these Redditors have theorised, Selyse can see Melisandre in her true form. The theory essentially states that Selyse's expression comes from seeing Melisandre as she really is, and the only reason she doesn't freak out is that she is so faithful in the Lord of the Light and Melisandre's power. Plus, this is a scene that does not happen in the books, and it's when Melisandre also takes the time to explain powers, potions, and tricks that she uses on men.