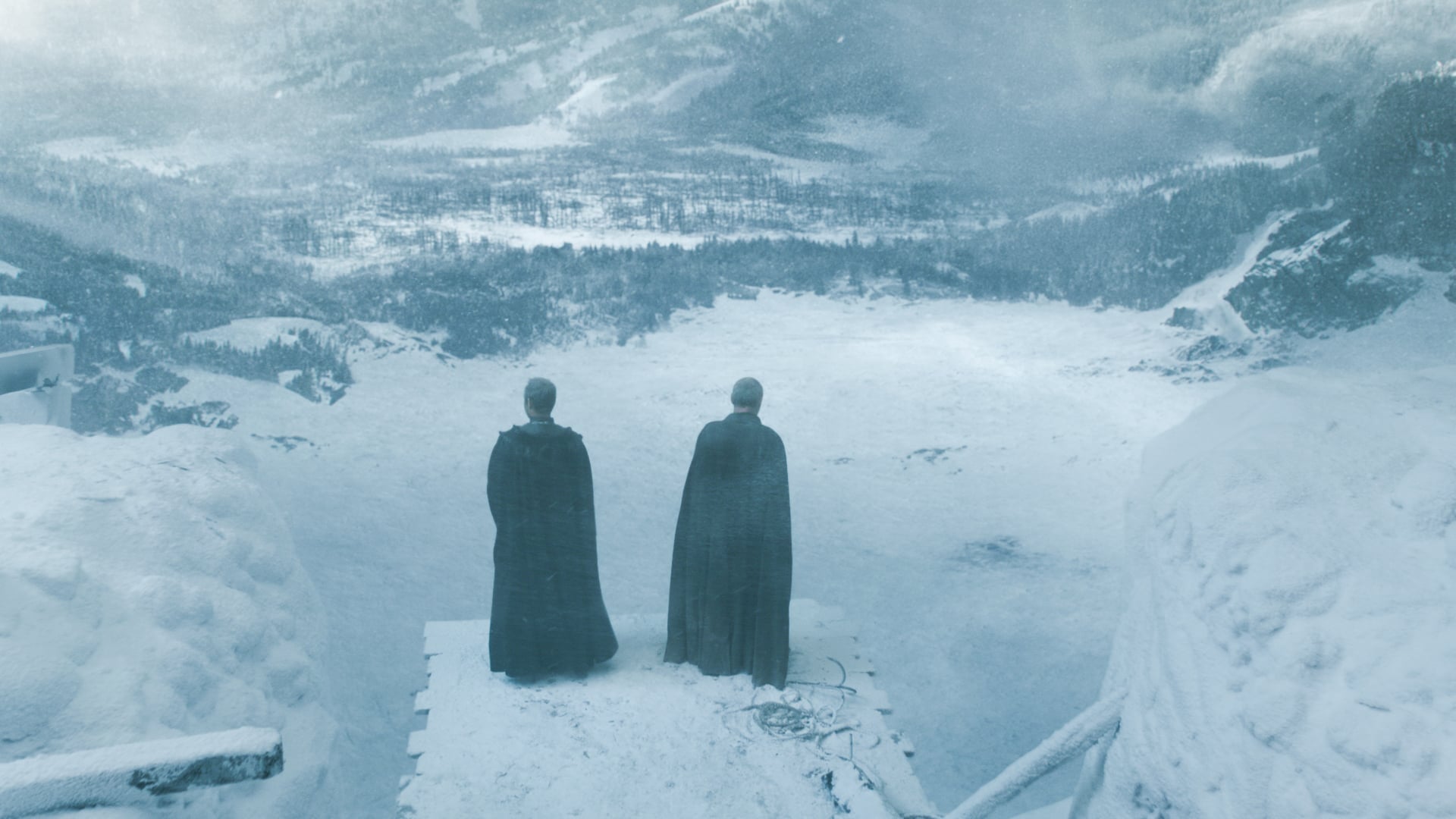 The season six finale of Game of Thrones is titled "Winds of Winter," and there are indeed a multitude of Winter references throughout the episode. There's the swirling snow that falls with greater and greater urgency on the aptly named Winterfell, and, of course, in a nod to the oft-repeated refrain "Winter is coming," Sansa wryly tells Jon that "Winter is here." So, just how long have the characters been anticipating this season?

At the beginning of the series, Westeros has been experiencing Summer for nine years — an unusually long time for this universe. We don't know exactly how much time has elapsed within the story from season one to now, but we can assume it's been at least a decade since the last Winter. And the longer they go without Winter, the more they dread its arrival, as it promises to be the coldest one in 1,000 years. Now, as Winter descends, many in the North are tempted to hunker down and wait out the storm, but Jon Snow, our new King in the North, points out that this Winter is the time to fight, not hibernate. As he puts it, "The true enemy won't wait out the storm. He brings the storm." Yes, Jon, yes.