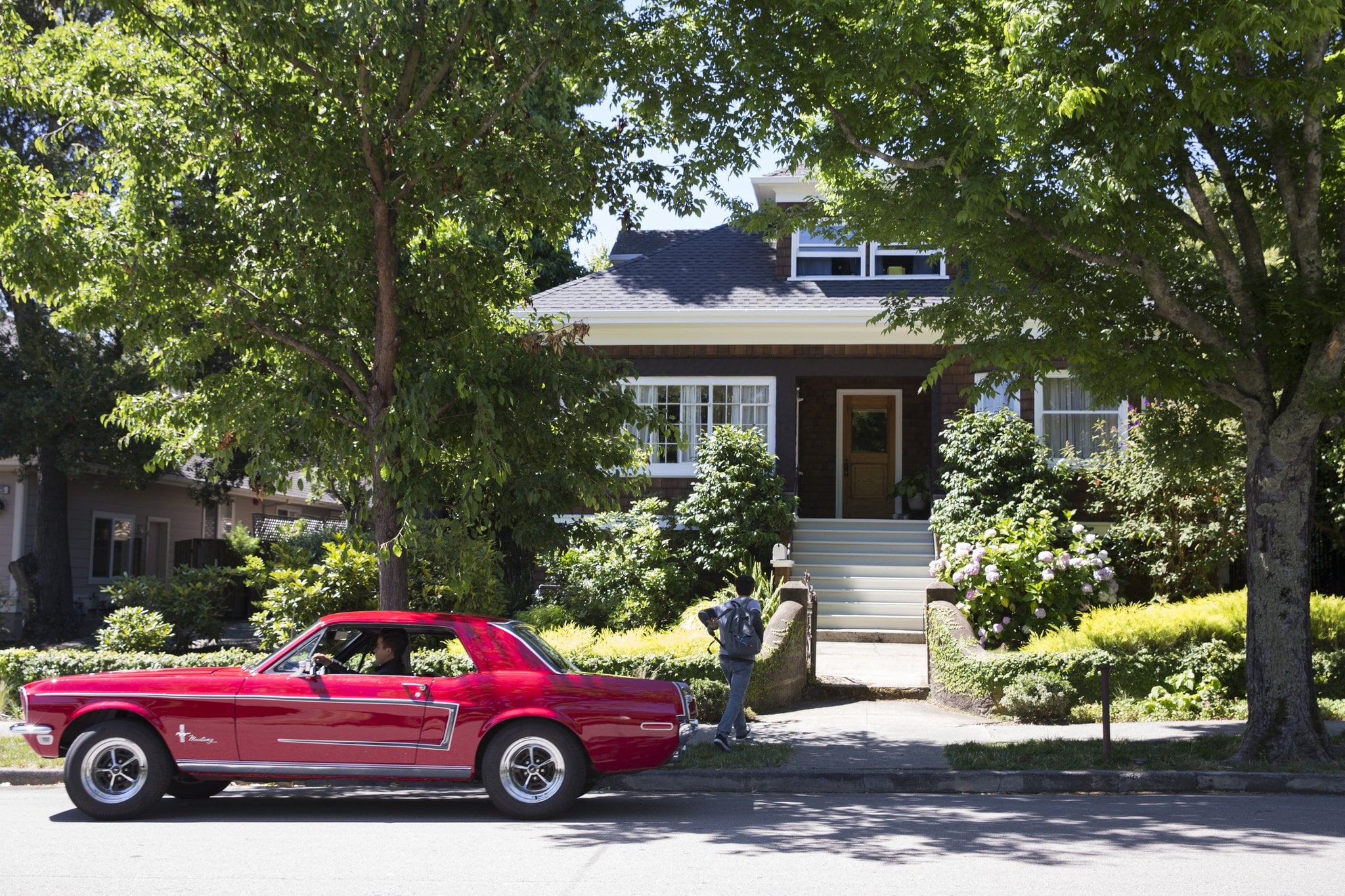 13 Reasons Why is the enthralling Netflix show with a poignant message about loneliness and teen suicide that's resonating with viewers all over the internet. It's fair to say we're obsessed with everything to do with the show, and no detail is to small to be pored over as far as we're concerned.

Although many aspects of the YA book by Jay Asher that the series is adapted from were changed for the series, one thing that's the same is the setting. The action takes place in the fictional town of Crestmont, and the setting plays a big part in how the drama goes down. Even though it's never specified what state it's in, we know it was filmed in Northern California and from the action in the show, we have an idea of what kind of a place it is.

Judging by how easily the characters ride, walk, and drive between points on the map — and around the town in general — under the cover of darkness, with seemingly no safety concerns, the town must be a safe place to live. In fact the only time we have any sense of outlaying danger is when Clay's bike is followed by a car to Eisenhower Park in the first episode.

Related:
16 Things You Didn't Know About 13 Reasons Why

We can also tell through the map Hannah leaves to accompany the tapes that Crestmont's no big city. Although it's not the kind of small town where everyone knows each other, it does have some prerequisite small-town hallmarks, including the independent cinema where Hannah and Clay work (Crestmont movie theatre), the coffee shop everyone goes to conduct intense conversations (Monet's cafe), and the cosy diner where Hannah's fateful date with Marcus takes place (Rosie's Diner).

Crestmont's small-town status is further cemented by how worried Hannah's parents are about the effect a new Walplex — a fictional drugstore chain — opening will affect their family-run pharmacy and there evidently not being any school for Hannah to consider transferring to when her troubles become unbearable.