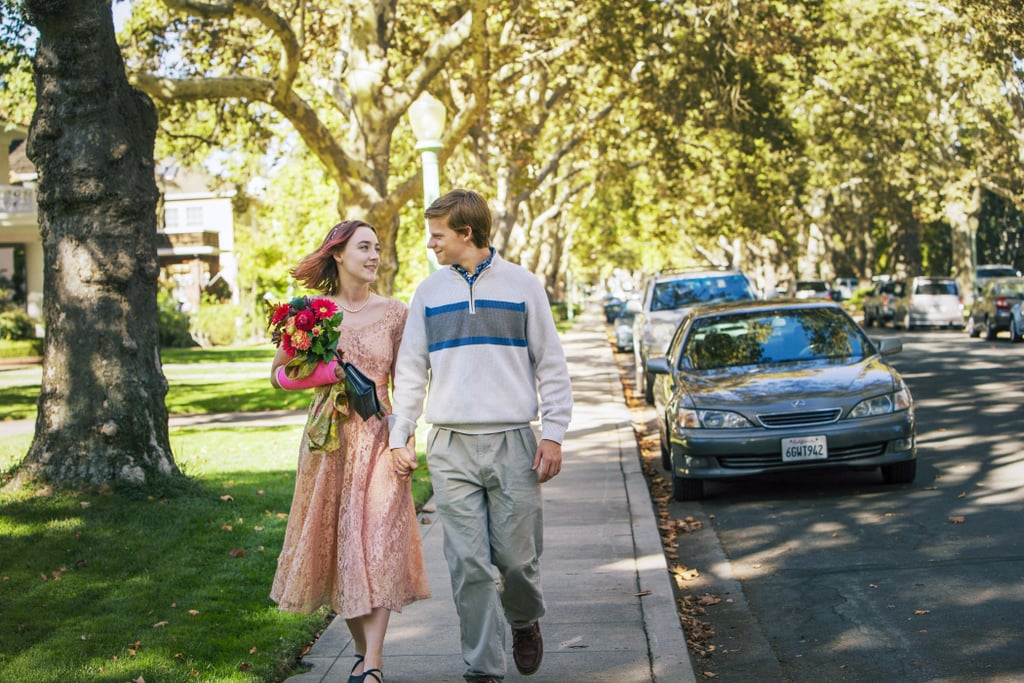 Lady Bird may sit firmly at the top of the Rotten Tomatoes ratings, but unless you've taken a trip to America recently, it's very unlikely that you would have seen the coming-of-age gem starring Saoirse Ronan. The same stands for a large percentage of films garnering any kind of buzz this award season. Phantom Thread comes out on Feb. 2, The Shape of Water hits screens on Valentine's Day, and we won't get I, Tonya until Feb. 23, just before the Academy Awards swing around in early March.

If this throws off the award show movie marathon you had planned and now you are left with a stockpile of missed popcorn opportunities, don't fret. Get Out can be streamed online, and The Disaster Artist and Molly's Game are in cinemas now. While you make your way through those available, here's when you can expect the rest of award season's buzziest films to hit the big screen, in order of their release date.