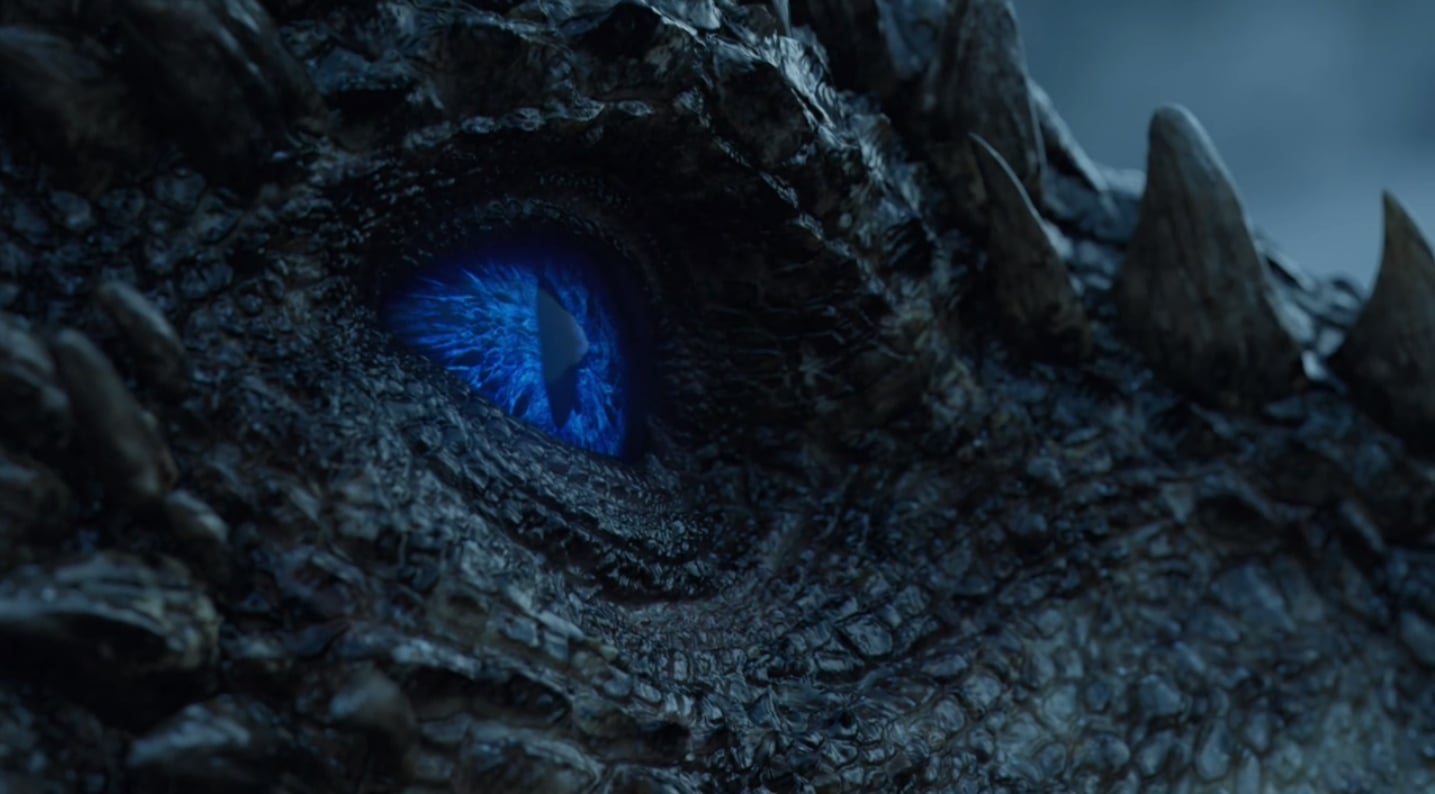 And then there were two. The latest episode of Game of Thrones is just your regular roller coaster ride of emotions up until one of the episode's final moments, when the unthinkable happens. One of Daenerys's three dragons, Viserion, is killed during what is basically Battle of the Bastards Part Two, and by the episode's final sequence, the fallen dragon is turned into a White Walker — and it goes without saying that the Night King's army is more powerful than ever.

The death of one of Daenerys's children is something that we probably should have seen coming, despite our hoping and praying episode after episode that it wouldn't happen. But at last, even when Drogon easily healed after he took a spear to the right side of his body, who would've thought that if a dragon had to die, it would be at the hands of a White Walker? Way to emotionally wreck us all again, Thrones.

This obviously isn't a good sign, as the dragons play a huge role in defeating a decent amount of the White Walker army in episode six. It's a big curveball thrown into Jon Snow's plan to win the ultimate war, but the question that still remains is whether or not this new White Walker dragon will breathe fire or ice. Either way, it's probably safe to say that regardless of who sits on the Iron Throne in the end, the last thing anyone should want to deal with is a zombie dragon.