Stars from around the world will convene in France this week for the annual Cannes Film Festival, which kicks off tomorrow! Jude Law and Robert De Niro are among the judges at this year's event, and they'll have an A-list crowd of stars vying for their votes. Brad Pitt will premiere his Terrence Malick film Tree of Life, and Angelina Jolie is to screen Kung Fu Panda 2 with costar Jack Black. Following a larger-than-life premiere at Disneyland, Johnny Depp and Penelope Cruz are taking Pirates of the Caribbean: On Stranger Tides overseas too. Drive costars Ryan Gosling and Carey Mulligan are expected to team up for their dramatic piece, and Jennifer Lawrence will promote the controversial Mel Gibson flick The Beaver. True Blood hunk Alexander Skarsgard has Melancholia to show off, and newcomer Elizabeth Olsen will make a star turn for Martha Marcy May Marlene. We'll be there reporting from the scene, but first tell us — which star are you most excited to see at Cannes? 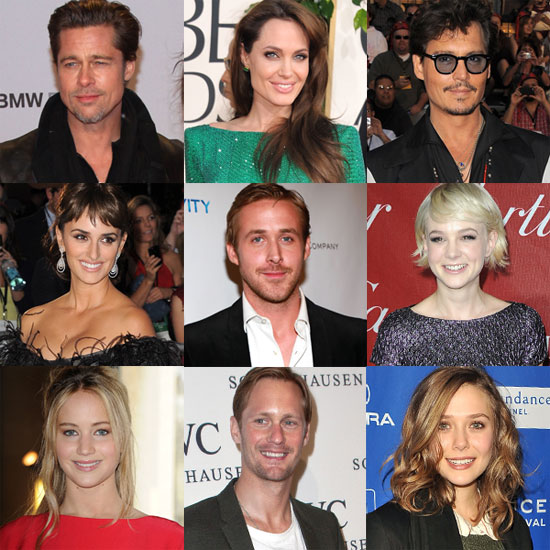 Celebrity Style
How Do I Love Mj Rodriguez's Gala Gown? Let Me Count the Ways — and the Cutouts
by Karenna Meredith 17/7