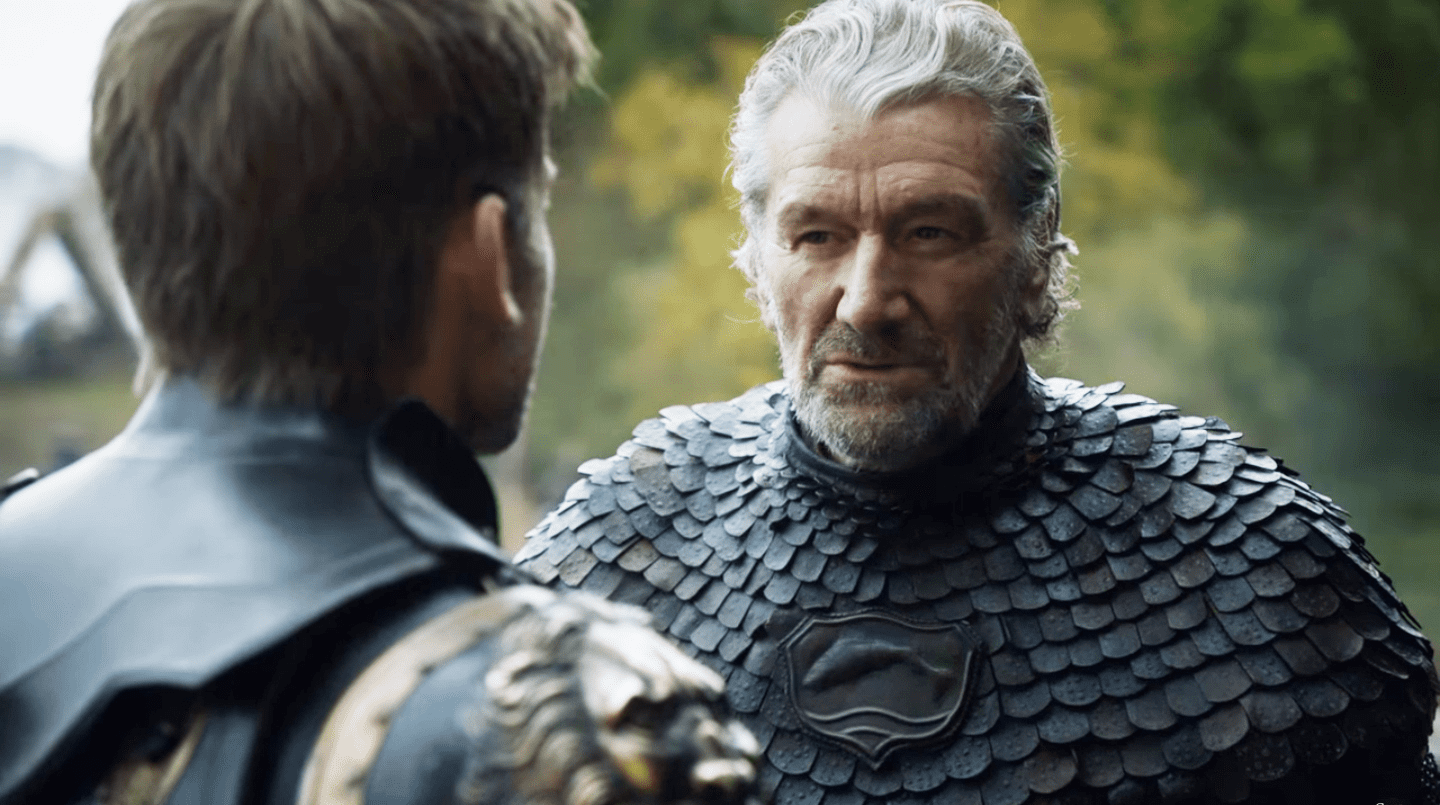 When we last saw Brynden "the Blackfish" Tully on Game of Thrones, he was ducking out of the wedding of Edmure Tully and Roslin Frey to use the restroom, in a stroke of remarkably good timing. The Blackfish hasn't appeared on screen since he narrowly escaped the carnage at the Red Wedding, but he's kept remarkably busy. Petyr Baelish tells Sansa that the Blackfish is amassing an army, and Walder Frey rages at his sons for allowing the Blackfish to retake the castle of Riverrun.

So Who Is Brynden Tully?

Brynden "the Blackfish" Tully is the younger brother of the Head of House Tully, Lord Hoster Tully, and the uncle of Catelyn Stark. Since the death of Hoster and the capture of Edmure, Brynden has acted as the head of House Tully. He earned his reputation as a fierce fighter and accomplished knight during the War of the Ninepenny Kings, 25 years before Robert Baratheon ascended the throne.

Why Is He Called the Blackfish?

Although his older brother Hoster wanted Brynden to marry and seal a powerful alliance for House Tully, Brynden preferred to remain single. Since the sigil of House Tully is a trout, Brynden quipped that he was the "black fish" of the Tully house. The nickname caught on, and Brynden became known as the Blackfish. He even began flying his own version of the Tully banner, with a black fish rather than a silver fish.

What Is He Up To in the Riverlands?

Since the Blackfish narrowly avoided the massacre at the Red Wedding, he's been on the run. Roose Bolton reports his escape to Walder Frey with concern. His worry might be justified: the Blackfish's reputation as a fighter precedes him. The Blackfish rounds up the remnants of the Tully forces and manages to drive the Freys from the Tully seat at Riverrun, putting his house back on the map.

What Role Will He Play?

The Blackfish is the uncle of Catelyn Stark, making him the great-uncle of Sansa Stark, and potentially a powerful ally to Jon and Sansa's forces. Sansa sends Brienne to Riverrun in the hopes that her great-uncle will help her retake the North. But as accomplished as the Blackfish might be, his forces are still limited. With Jaime Lannister headed to the Riverlands to retake Riverrun for the Lannisters, the Blackfish might have his hands too full to help Sansa.