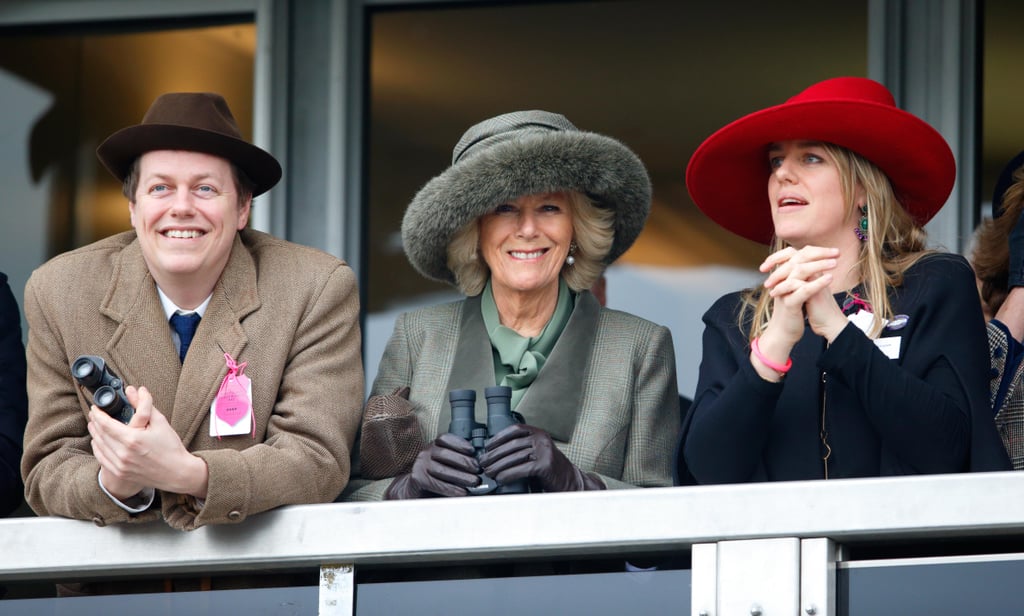 Camilla Parker Bowles May Be Royal, but Her Biological Kids Stay Out of the Spotlight

When we think about Camilla, the Duchess of Cornwall, we probably think first about her decades-long and seriously complicated relationship with Prince Charles. But before she married the prince, she had a whole life and a first marriage that gave her two children. Camilla's children aren't in the spotlight nearly as much as her stepchildren, but they've still led interesting lives!

In 1973, Camilla Shand married Andrew Parker Bowles, a military officer. They had a son, Tom, in 1974, and a daughter, Laura, in 1978. Tom Parker Bowles is actually Prince Charles's godson, long before he was his stepson. After finishing his education, Tom became a food writer. He is a restaurant critic with The Mail and Esquire, as well as contributing columns to several other respected publications and has appeared as a judge on food TV shows such as MasterChef. Tom also is the author of seven cookbooks and cofounded a food line along with two other food critics. In 2005, he married Sara Buys, a fashion editor, and the couple have two children. Tom remains one of the most popular and high-profile food critics and experts in the UK.

Camilla's daughter Laura has had a similarly successful, if perhaps not as high-profile, life. Her career in art galleries began with an internship in Venice, Italy, and she soon became a gallery manager back in the UK in the mid-2000s. By 2005, she was a cofounder and gallery director of Eleven Gallery in London. Laura married Harry Lopes, an accountant descended from a baron, in 2006, and the couple has had three children. Laura's family definitely gets along with their royal stepfamily: their daughter, Eliza, was a bridesmaid at the wedding of Laura's stepbrother Prince William and Kate Middleton.

Although Tom and Laura tend to keep a lower profile than their royal relatives, they've appeared at a handful of events over the years, especially once their mother officially joined the royal family. Take a look at some of their appearances below!