Anyone who was able to see through their tears at the end of Game of Thrones season six, episode five (RIP Hodor) was likely left wondering what fate awaits Bran and Meera alone in the wilderness, with the White Walkers and wights likely still in pursuit. We get an answer during this week's episode, when a hooded figure appears to save them. Spoiler alert, it's Coldhands, aka Benjen Stark! The character is a major part of the books, but readers aren't exactly happy about the fact that the show's writers revealed Coldhands as Benjen, since that's not the case in the books. Here's what you need to know about the character — as he's described in the books. 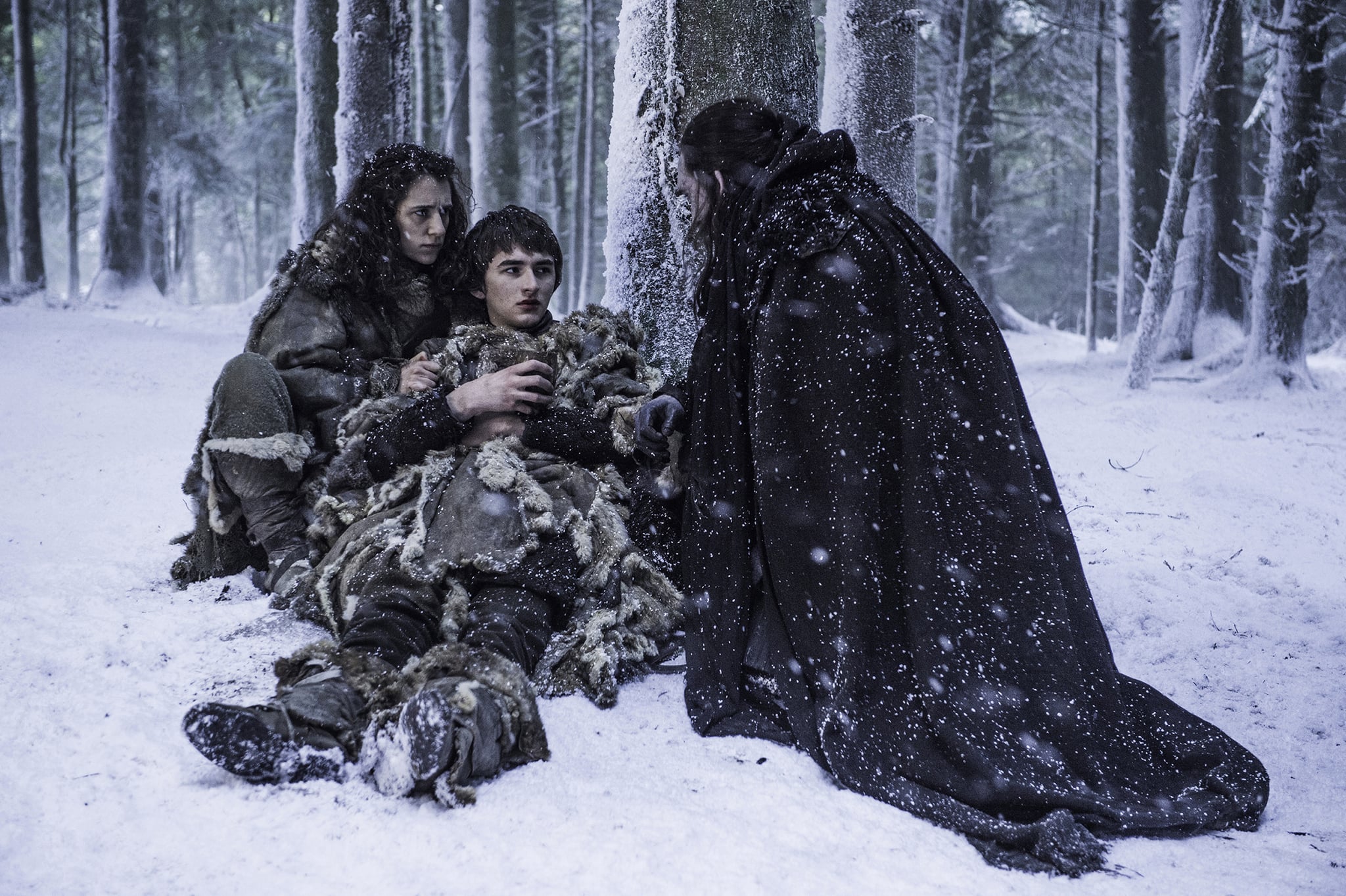 So Who Is Coldhands?

He's called Coldhands because, well, we don't know his real name and Coldhands fits him pretty well. He's cold as ice to the touch and seems pretty much like a wight in appearance — although he has black eyes instead of the characteristic ice blue of a wight. His behaviour is also far more human. He speaks normally, seems fairly intelligent (although very serious), and acts on his own accord, rather than exhibiting the zombie-like behaviour of a traditional wight. Who he might have been before becoming . . . whatever he is now is never made clear, though there's a theory about that too. He has a flock of ravens at his disposal and rides a huge elk, both of which are definite badassery points.

What Does He Do?

Coldhands first appears in A Storm of Swords to rescue Samwell Tarly and Gilly from wights after they escape Craster's Keep. He's dressed all in black and calls Sam "brother," both of which suggest that at some point Coldhands might have been a man of the Night's Watch. After rescuing Sam and Gilly (who give him his fitting nickname), Coldhands brings them to the Nightfort castle at the Wall and tells them that someone inside the castle must be brought back out to him. Coldhands is unable to pass the Wall to get into the castle himself — implying that there's enough wight in him to be stopped by the Wall's defensive magic.

Sam and Gilly find Bran Stark (along with Meera, Jojen Reed, and of course Hodor) inside Nightfort, and Jojen, being his know-it-all self, says that Bran is the one Coldhands wants. Coldhands makes Sam swear not to tell anyone that Bran is still alive. Bran and the rest of his companions then set out on their final leg of the journey beyond the Wall to the Three-Eyed Crow (called the Three-Eyed Raven in the TV show), guided by Coldhands. 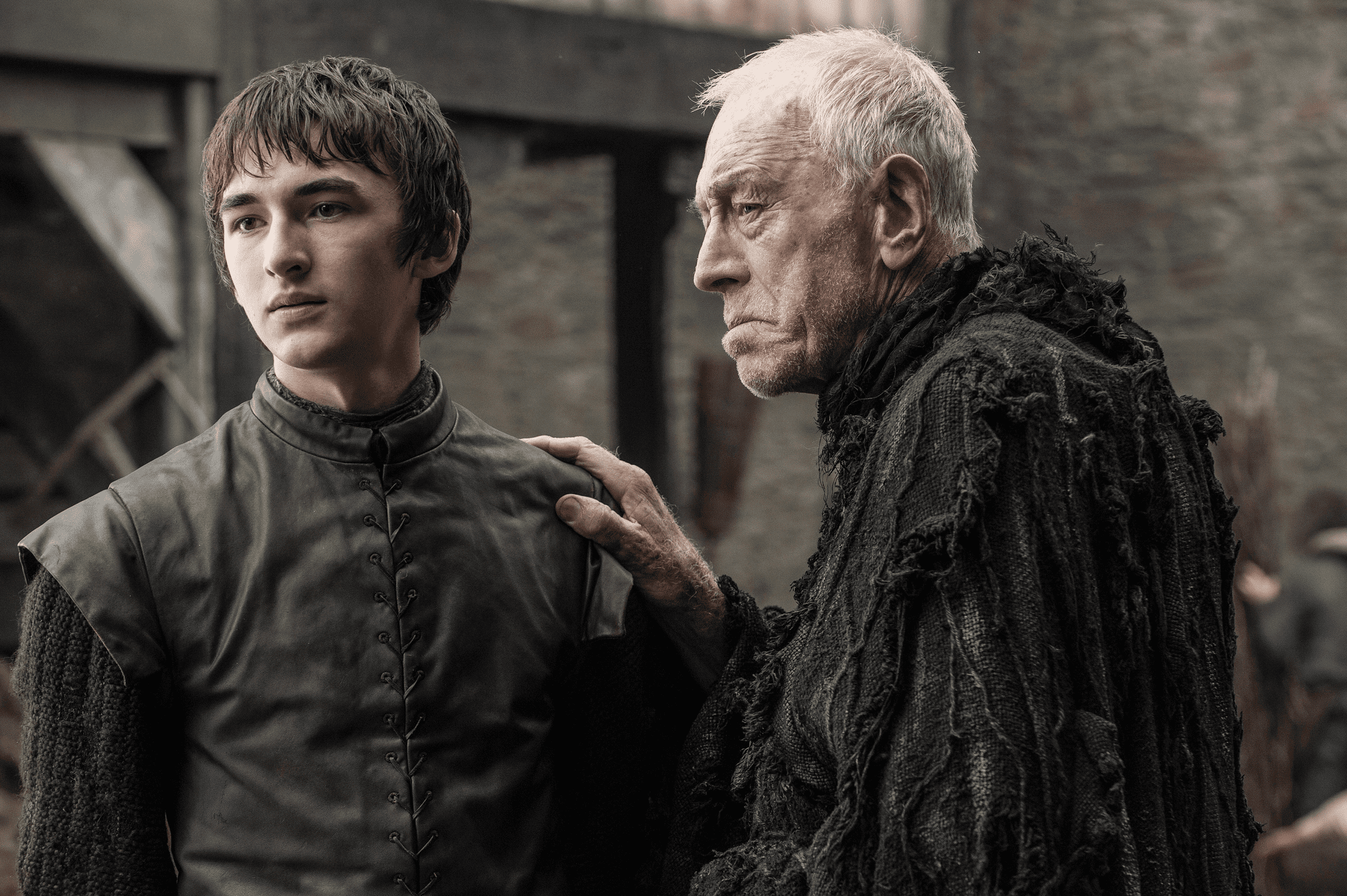 On the way to the Three-Eyed Crow in A Dance With Dragons, Coldhands serves as a sort of protector to the travelers as they move through the Haunted Forest, although he's not exactly friendly. He leaves the group at one point to deal with "foes," who Bran later discovers by warging into Summer were actually men of the Night's Watch. Bran and his companions are never quite positive what exactly Coldhands is, although details about him make them very wary — they never see him eat or breathe, he doesn't like fire at all, and he smells like dead meat to Summer. But Jojen insists they trust him to lead them to the Three-Eyed Crow.

When the group nears the cave where the Three-Eyed Crow lives they're attacked by wights, which Coldhands helps fight off so the rest of them can get inside. Bran voices his concern about the wights killing Coldhands to Leaf, the first member of the Children of the Forest he encounters, to which she replies, "They killed him long ago." She also says that Coldhands cannot come into the cave, again implying that defensive magic designed to keep wights out would prevent Coldhands from entering as well. So however conscious and human-like Coldhands appears, there's still plenty of dead in him too.

What Role Does Coldhands Have in the Whole Story?

Coldhands clearly knows how important Bran is to whatever the future holds. When he leaves the group to kill their "foes" he tells Meera not to come with him, because Bran has to be protected. And his dedication to getting Bran to the Three-Eyed Crow also suggests he also knows the importance of Bran fulfilling whatever destiny awaits him there. Whether he'll make another appearance in the books (or in the TV show) to help Bran on his journey to come . . .  who knows?