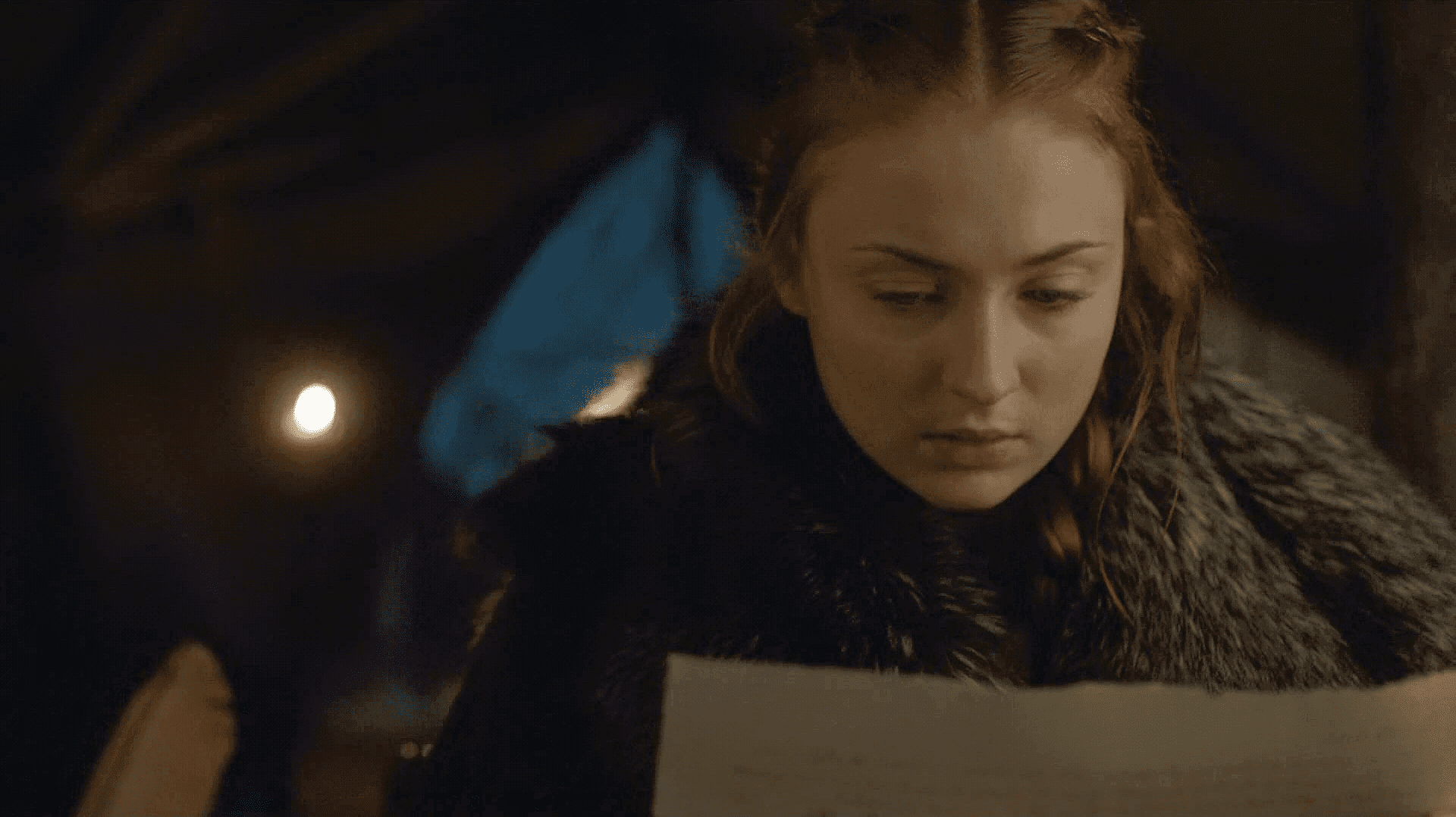 If you ever have a question about anything on Game of Thrones, you can bet your ass that some internet detective has it all figured out. From the way a character parts their hair to the linguistic roots of each character name, the online GOT fandom has plenty of time for research on their hands, and they put it to good use. Up next on the "What did Reddit discover this time?" list is Sansa Stark's secretive letter from season six's seventh episode.

Through an impressive mix of zooming, enhancing, and deciphering, one Redditor was able to translate most of the letter that a crestfallen, potentially pregnant Sansa writes after butting heads with Jon about their meager forces for the battle against Ramsay Bolton. Who does she send her desperate raven to contact? Well, check out this impressive display of internet sleuthing to find out:

The legible parts of the letter read: "[ . . . ] you promised to protect me. [ . . . ] Now you have a chance to fulfill your promise. [ . . . ] Knights of the Vale are under your command. Ride north for Winterfell. Lend us your aid and I shall see to it that you are well rewarded." So, does this mean that Sansa is writing to Petyr "Littlefinger" Baelish for aid, like so many fans assumed after the episode concluded? Or could she, perhaps, be writing to her cousin Robyn, now Lord of the Vale?

Either way, we hope that this last-ditch plea for help will come in useful by the time "The Battle of the Bastards" comes around in the so-named ninth episode. Jon Snow's small force of wildlings (and 62 of fiesty, young Lyanna Mormont's best fighting men) might have a bit of trouble competing with the strong Bolton and Umber forces, so it would be mighty convenient for the Knights of the Vale to ride in at the last minute!