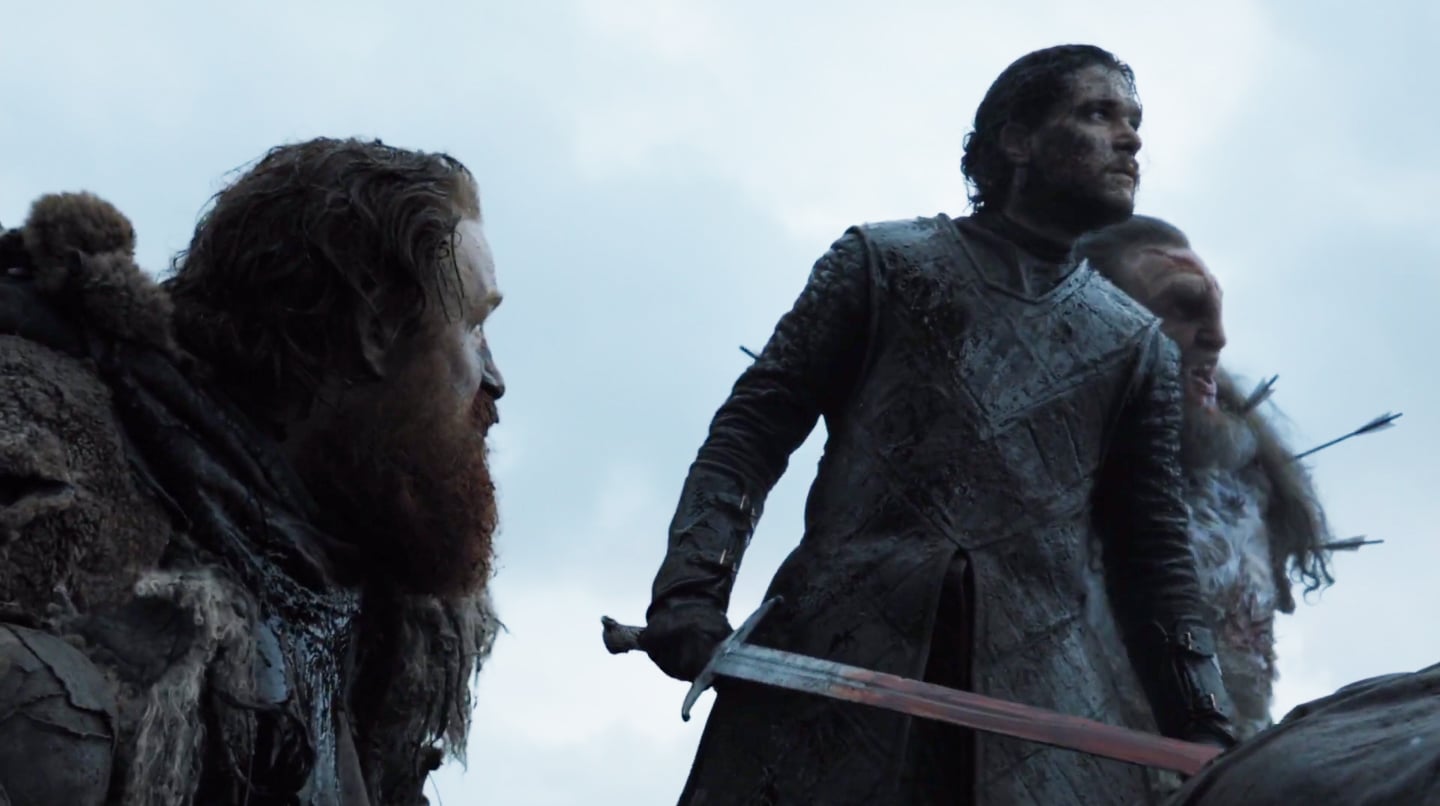 Beware, for this post is long and full of spoilers . . .

At long last, Ramsay Bolton and Jon Snow have had their anxiously anticipated deathmatch. In "Battle of the Bastards," Game of Thrones' titular bastards meet on the battlefield, and then Ramsay Bolton does exactly what Sansa (smart, smart Sansa) says he will do — he extracts maximum pain with minimum effort. But who does he kill, and who exactly wins the battle?

To answer that, we have to go to the very beginning of the battle, when Ramsay rides to the front of his army, pulling a length of rope. It turns out that rope is wrapped around Rickon Stark, with whom he plays an awful, awful game: run to your brother before I shoot you in the back with an arrow.

Long story short, poor Rickon does not survive Ramsay's game, just like Sansa predicts; and Jon, angered beyond all comprehension, foolishly attacks Ramsay's army head-on. Only the timely intervention of the Knights of the Vale saves Jon and his friends from an untimely and gruesome death by crushing.

Of course, the confrontation doesn't end there. Wouldn't you know it, but that slimy, slime-coated slime ball Ramsay hightails it back behind the gates of Winterfell, where he thinks he's safe. Thankfully, he forgot one humongous, colossal detail — Wun Wun the giant — who smashes through Winterfell's gates like they're kindling, only to be swiftly felled by an arrow through the eye. Poor Wun Wun.

His death is not in vain, however, because the Starks promptly take Winterfell, after which an enraged Jon Snow delivers unto Ramsay a most righteous and long-awaited beating . . . until he remembers that someone else deserves the pleasure of ending Ramsay's life. Sansa — sweet, sweet Sansa — who, in the most satisfying reversal ever, allows Ramsay's dogs to eat his face off.