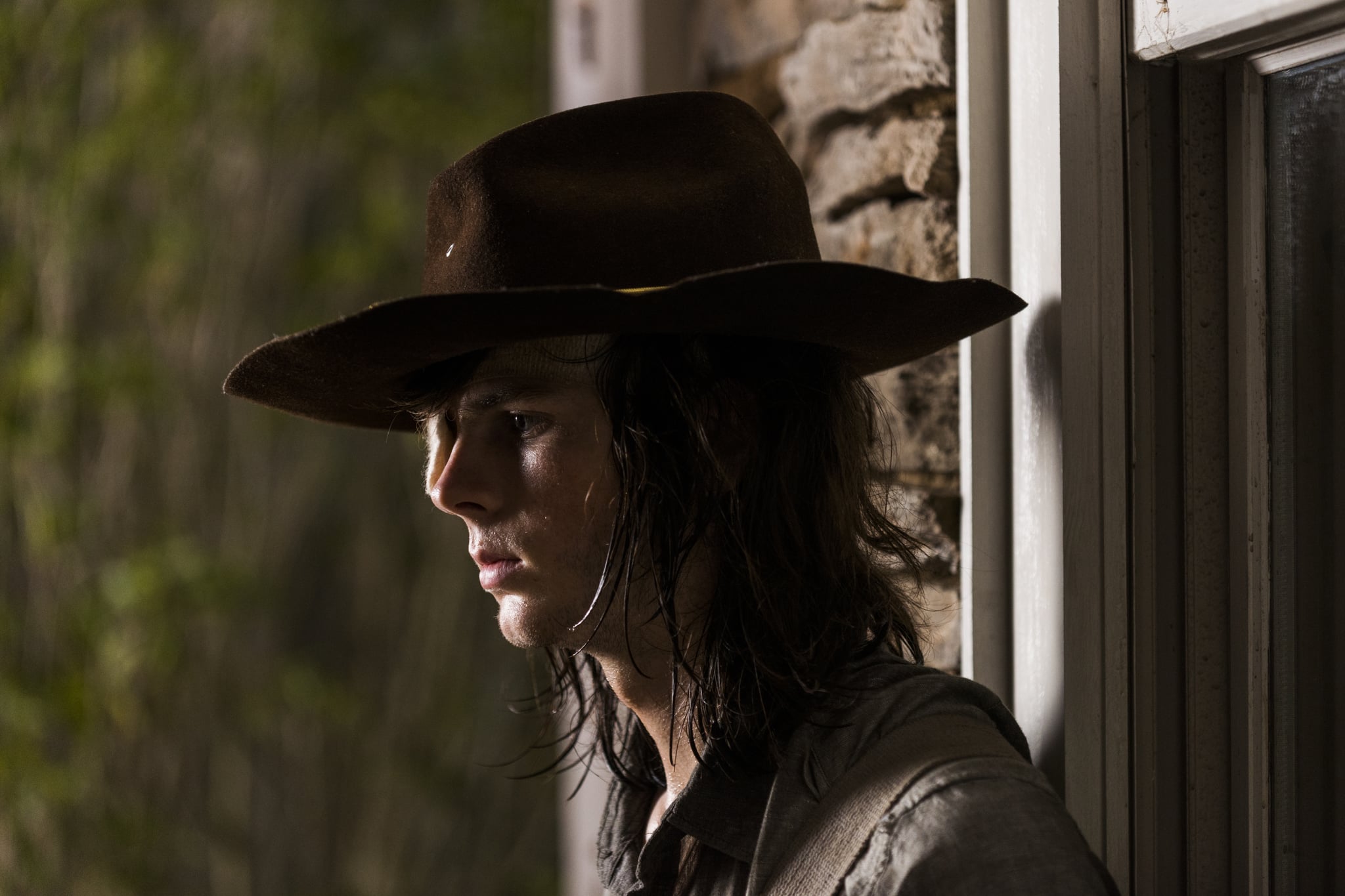 The Walking Dead has again left us long-suffering fans agape as the latest devastating victim of the undead apocalypse comes into view. Spoilers ahead!

Considering all the mayhem that presents itself in season eight's midseason finale — as Negan goes on the offensive after Rick's plan to flood the Sanctuary with walkers is undermined by Eugene's tech savvy — the death count is still relatively low. And by the miracle of television, most of our central heroes walk away unscathed from the explosive assault on Alexandria and its allies (except, of course, Jadis and the Heapsters, who tuck tail at the first sign of trouble).

But the fallout from the episode's events is still very, very apparent, and we may now know who red-eyed Rick is shown burying in the season opener. Here's who dies (and is set up to die very soon) on The Walking Dead's halfway point for the season.

Although Jerry has been nabbed by the Saviors and is being held at gunpoint in front of Maggie and Jesus's car as a threat-slash-example to secure their surrender, it's poor Neil who ends up paying the ultimate punishment for their part in the Sanctuary melee. He's been quietly minding his own business and obeying Simon's orders during the entire holdup, but sure. This seems fair.

Of course, Neil's been a background guy at best during his tenure on The Walking Dead, so he's emotionally expendable. To his credit, though, he has been around for a few critical moments in Hilltop's recent history, like storming the Saviors' satellite outpost and building Maggie's little prison pen.

Dean has had it coming ever since his first appearance on The Walking Dead, so Maggie can't possibly pick a better candidate for someone to make an example of than this smarmy sot. (As a reminder, he's the guy who's responsible for destroying her prenatal vitamin stash and relishes the thought of her and her baby suffering. So yeah, he sucks).

Just as Maggie's reeling from the loss of one of her own, Dean deigns to continue with his brassy verbiage and calls her "cupcake" while she's got a gun trained on his head. So when she pulls the trigger without blinking, there's absolutely no love lost there.

Yes, Carl. As in, Carl Grimes, Rick Grimes's only son who's been his second in command since the start of this hellish journey of theirs. Carl isn't dead just yet, but he's definitely going to be if that massive bite mark is any indication.

Throughout the episode, he's shown standing up to his dad on the matter of helping Siddiq in flashback mode. Then, as Negan vows to level the whole town, Carl stands up to him too, even offering his own life in trade for his father's as a ruse to allow the rest to escape through the back gate.

Carl says he doesn't want to die but that he will if that's what it takes . . . not that he has much of a choice in the matter, of course. Because once he shows Rick and Michonne his toothy battle wound, he has to admit he earned the dental dent during his rescue mission with Siddiq.

And just in case you're not convinced that mark means he's on his way out, executive producer Scott M. Gimple assured everyone during his postshow appearance on Talking Dead, "It will play out as bites play out on the show . . . It's very important to Carl's story and the entire story what happens in the next episode. So, I'm just focused on the fact that Carl right now is alive and that he has some business to attend to and yeah, that is a one-way ticket."

So let's go ahead and pour one out for the deputy while secretly wishing for Judith to take on the lawman's cap next, shall we?