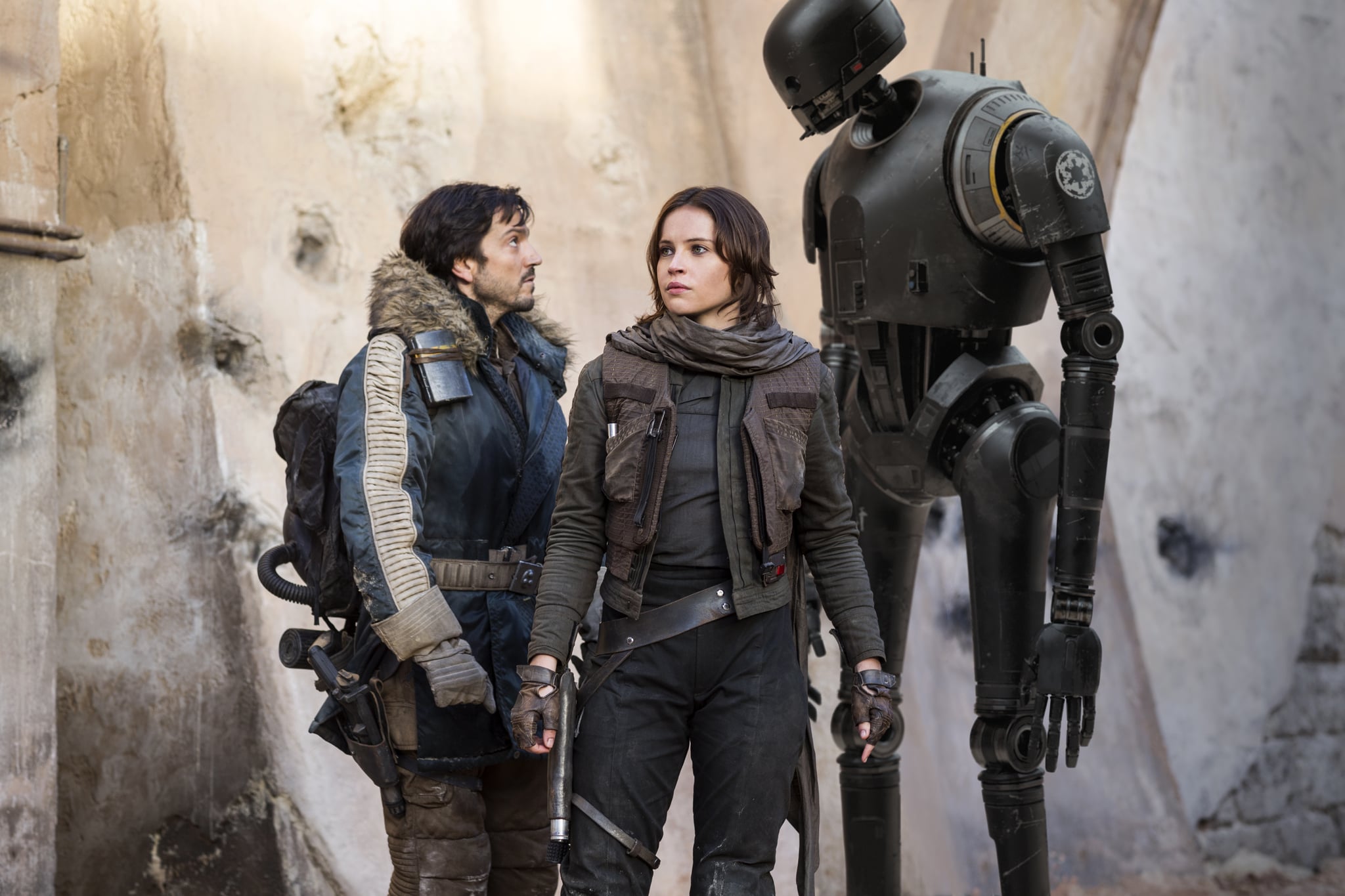 Those who cheered when Alan Tudyk joined the cast of Rogue One may be wondering where to spot his beautiful face in the movie. Unfortunately, you can't, because he doesn't play a human — he's a droid. To be specific, he's actually the sassy new droid, K-2SO. Thanks to his comedic timing, the Firefly actor is the perfect choice for the role; K-2SO provides most of the comedic relief in the movie.

He actually got the role thanks to his performance as Sonny the robot in 2004's I, Robot. Gareth Edwards needed someone who was experienced with motion capture, and Tudyk fit the bill. So while you see the robot, it was Tudyk who had to don prosthetic limbs to embody the giant character during his motion-capture sessions.