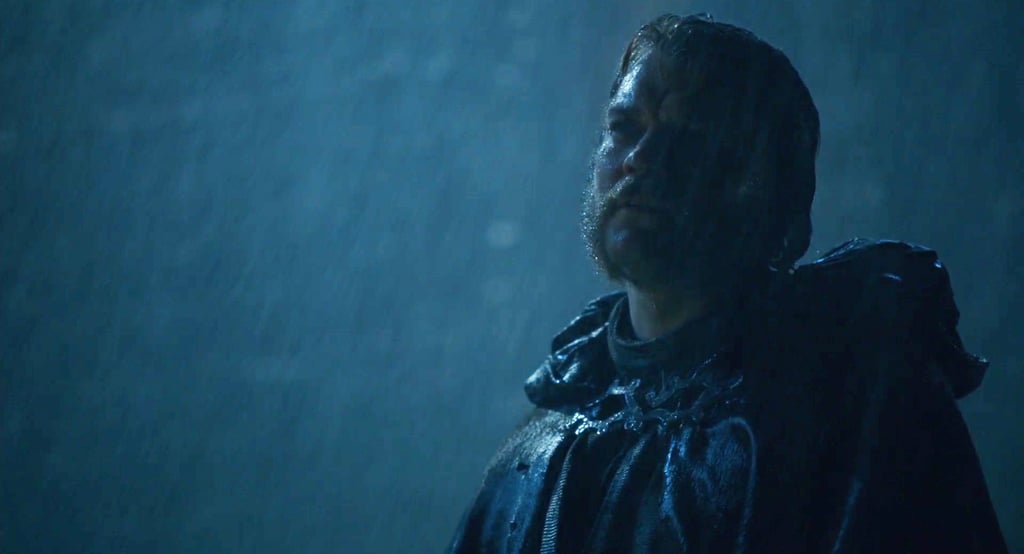 We're getting to meet a ton of new characters on Game of Thrones this season, but Euron Greyjoy (Pilou Asbaek) might be the most sinister. He makes his first appearance on the second episode of the season, and what does he do within minutes of being on screen? MAJOR spoiler alert: he murders Balon Greyjoy like it's no big deal. So, who is this mystery caller? Here are the basics of what you need to know about him.

That's all we know for now, but we certainly haven't seen the last of Euron. Stay tuned, because it sounds like the Greyjoy storyine is about to get a lot more complicated with the kingsmoot coming up.