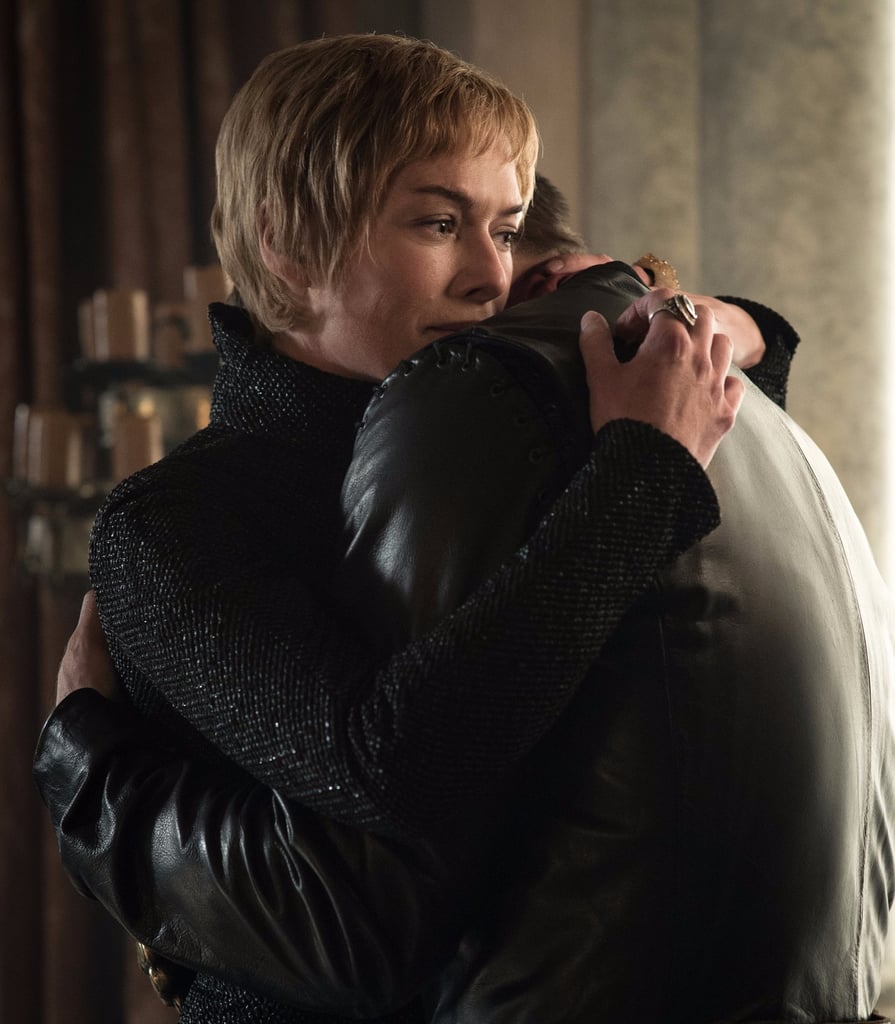 Who Is Cersei's Baby Daddy on Game of Thrones? An Investigation

We always go into episodes of Game of Thrones expecting some weirdness, but even we were thrown for a loop when Cersei Lannister casually announces her pregnancy halfway through season seven. Um, what? Between building dragon arrows and torturing her enemies to death, when did she even have time to conceive a child? Sure, this season's timeline has been weird, but we're unsure whether it's been long enough for Cersei to discover an unplanned pregnancy.

The news also perturbed us because, as weird as their romance is, Cersei and Jaime have spent plenty of time apart during the seventh season. They've definitely had some time together, but he has also gone off to fight in two different battles in season seven, too. Could the baby be somebody else's, or even not exist at all? Or perhaps their timing was just right.

To uncover the truth about Cersei's baby daddy — and what a pregnancy could mean for her fate — we took a page out of Maury's book. Let's play a game of "Who got Cersei pregnant?"!