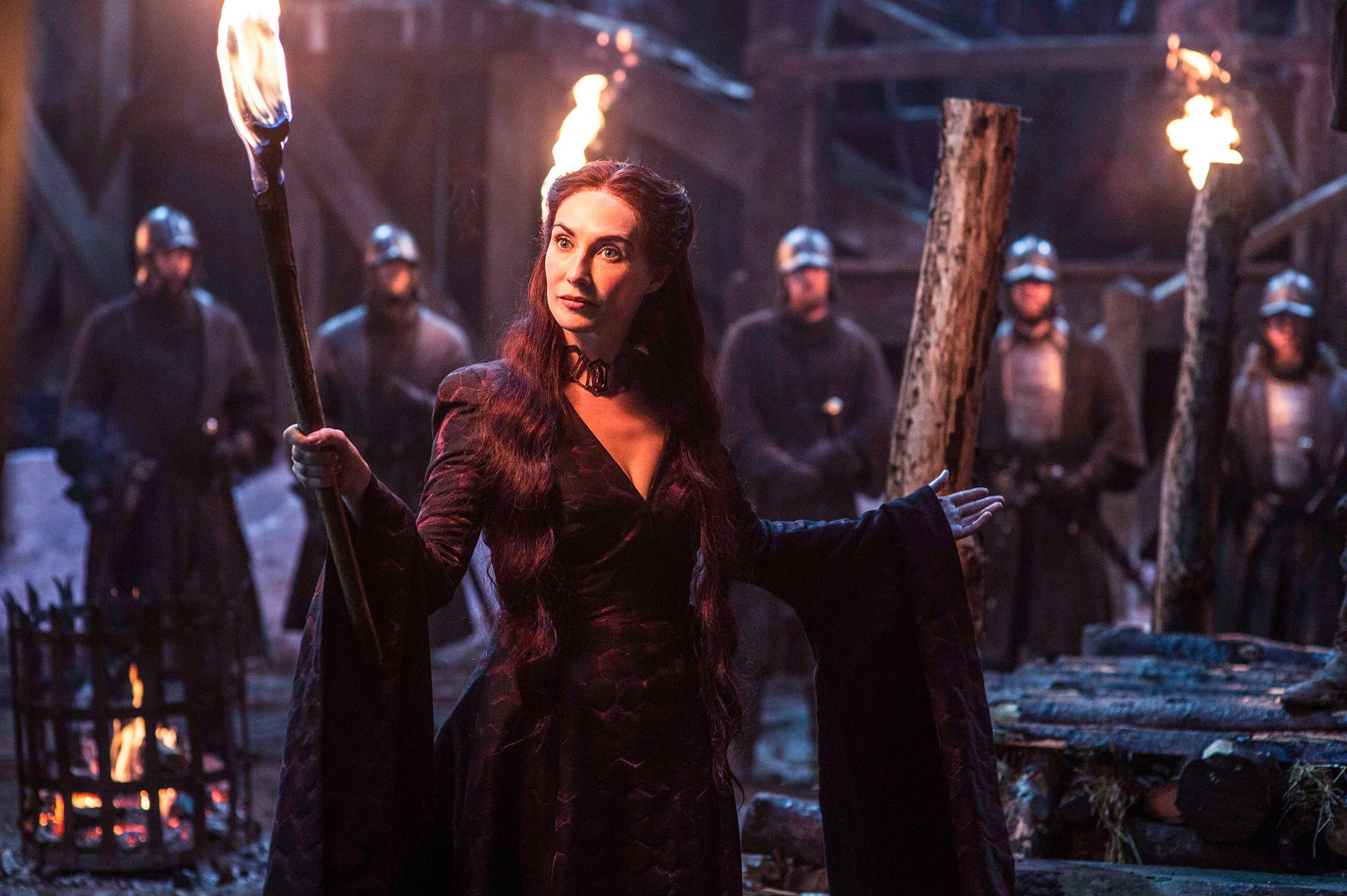 The second episode of Game of Thrones' sixth season finishes with a kick to the face – and by that I mean a great, wonderful kick that felt amazing: the resurrection of Jon Snow at Melisandre's hand. As we see in this episode, Melisandre doesn't believe she can do it and in fact doesn't even believe she is successful when she leaves the room with Jon Sow still dead. Given that she is the most powerful source of magic we've seen on the show (after that shadow birth, you can't argue with that), how is it that she doesn't believe she can bring him back from the dead when we've seen someone do it before? Let's take a step back to look at the Lord of Light and what we've seen of his magic so far when it comes to reviving the dead.

Why We Should Have Seen This Coming

In season three, we see the setup for Jon's resurrection and one of the reasons we couldn't accept that Jon is dead. Arya Stark is captured by the Brotherhood Without Banners, and when the Hound kills Beric Dondarrion, Thoros of Myr brings him back to life using magic. However, this isn't the first time Beric's been brought back, and he tells Arya that each time he is resuscitated, he loses memories and is less himself.

The Lord of Light in the Books

While Beric and (now) Jon are the only ones who have been brought back to life on the show by the Lord of Light, the same isn't true for the books. Arya's mother, Catelyn Stark, is killed at the Red Wedding and brought back by Beric. She becomes known as Lady Stoneheart and is, indeed, quite changed from the woman she is preresurrection. I am, for one, glad that the writers chose not to include this story on the show, because it would have taken away from the awesomeness that is Jon Snow's return — and it is awesome.

What Jon Snow's Resurrection Means For the Future

That brings us back to the second episode of season six, when Melisandre loses her way and believes everything the Lord of Light has shown her is a lie. Regardless of whether she could actually bring him back, she tells Davos, "You want to help him, leave him be." This implies she knows something more than she's letting on about resurrecting someone, and I can't help feeling it's more than simply what she sees of Beric's odd state after his six or so resurrections. Another interesting takeaway is that both Melisandre and Thoros are at a low point in their faith when the Lord of Light grants them the ability to resurrect someone. Perhaps this is just how the Lord of Light works, or, perhaps, as this episode insinuates, it is another power altogether and has nothing to do with the religion at all.

Regardless of how it works, the questions we should be asking is will Jon somehow be a changed man, and will he be worse off now that he's returned? These are questions we'll have to see answered in future episodes, but in the meantime I'm sure none of us are too worried – we're just too darn happy to see Jon back.