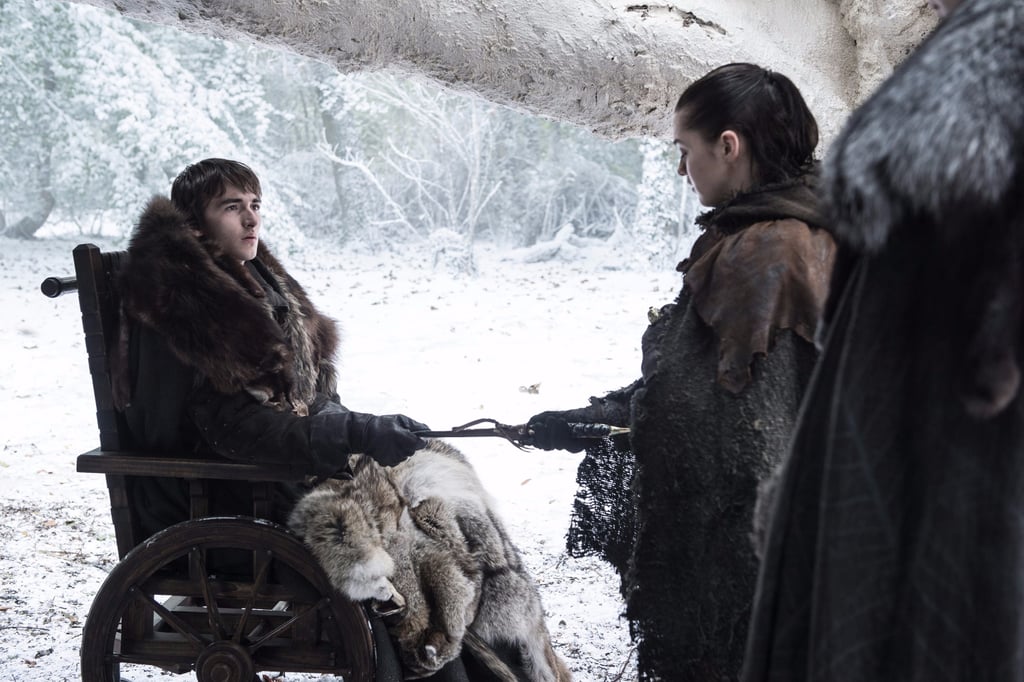 Game of Thrones: Everything You Should Know About Valyrian Steel Weapons and Who Owns Them

During Monday night's insane episode of Game of Thrones, Arya Stark acquires a very important new weapon from her brother Bran. The dagger, which has a distinctly curved hilt made from dragonbone, is significant for a number of reasons: it's the same weapon an assassin used when trying to kill Bran back in season one (which ended up basically starting the War of the Five Kings), it was recently spotted by Samwell Tarly in an ancient Citadel textbook, and it's also made from extremely rare Valyrian steel.

Quick recap: what is Valyrian steel? Valyrian steel is a very special material from which the best weapons in Westeros are forged (the material is rumoured to have been created from dragon fire and magic). The weapons made from this material are sharper, lighter, and stronger in comparison to even the best castle-forged steel, and they can also withstand extreme heat (obviously). Not to mention, Valyrian steel is one of the few things besides dragonglass that can kill White Walkers. Valyrian blades are treated as treasured heirlooms, and each weapon has its own name and story.

Sadly, these weapons are near impossible to forge in present-day Westeros; however, in post-Red Wedding season three, we see Tywin Lannister melt down Ice (the greatsword of House Stark) into two smaller swords. So, where in the world of Westeros are these Valyrian steel weapons now? Luckily they're (mostly) in good hands.

Related:
Game of Thrones: The Significance Behind the Dagger Sam Stumbles Across in the Premiere
Previous Next Start Slideshow
Game Of ThronesTV