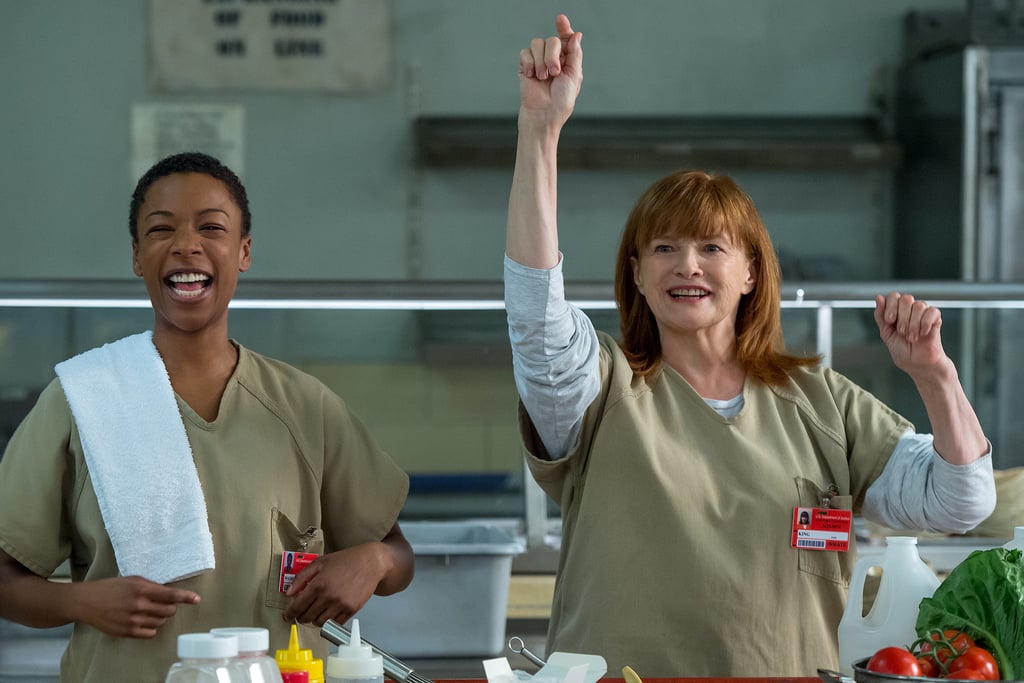 4 Things to Know About Judy King, Orange Is the New Black's Newest Inmate

If Red thought competing for Litchfield Penitentiary's kitchen with Gloria in Orange Is the New Black's third season was hard, she's in for a whole new challenge. In the highly anticipated fourth season, we're going to get an up-close and personal meeting with Judy King, a red-headed culinary TV superstar who ends up behind bars after being found guilty of tax evasion. Although the third season finale gives a brief glimpse at her character, keep reading to see everything there is to know about Judy before season four arrives on Netflix!