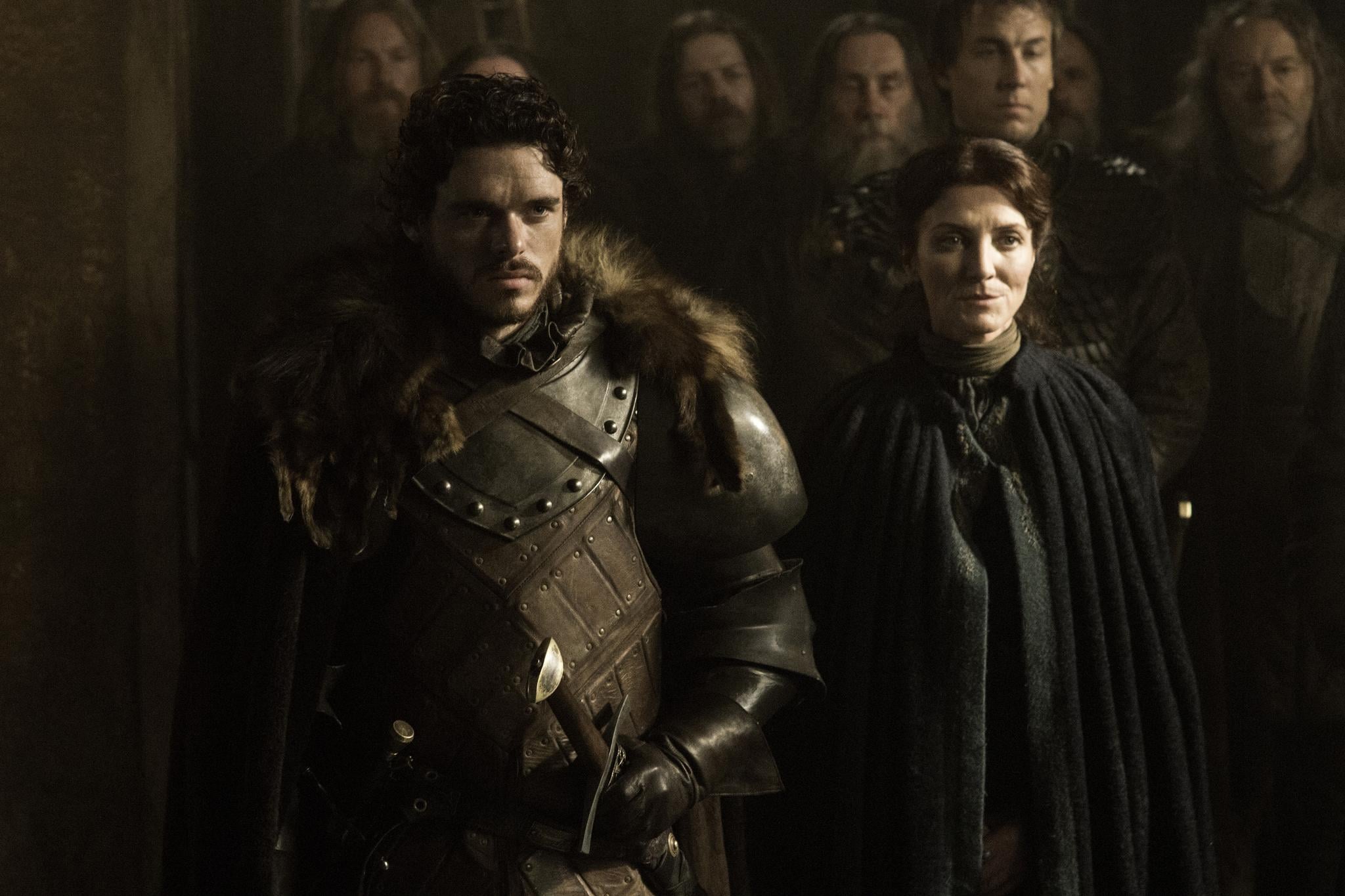 We're more than halfway into season six of Game of Thrones, and already we've had two big instances of characters returning from death. Cersei's guard, Robert Strong, has been confirmed to be the reanimated corpse of Gregor Clegane (after being poisoned in his fight with Oberyn Martell) and Jon Snow makes his triumphant return to land of the living at the end of episode two this season. With the theme of resurrection fresh on the minds of the viewers and the show navigating into more territory not covered by the books, some fans have been holding on to the hope that a mysterious character known as Lady Stoneheart may still make an appearance in the show.

So, who is she? Simply put, Lady Stoneheart is the late Catelyn Stark after her untimely demise during the Red Wedding. Wait . . . what? During the Red Wedding scene in A Storm of Swords, the third book in George R. R. Martin's A Song of Ice and Fire series, Catelyn scratches deep marks under her eyes and pulls out large chunks of her hair at the sight of her son, Robb Stark, being murdered. Her throat is slit and her body is thrown into the river.

After three days in the water, her body is pulled from the river by Arya's abandoned direwolf, Nymeria. A group of men approach who turn out to be the Brotherhood Without Banners, led by Beric Dondarrion. Beric (not being a stranger to resurrection himself) gives his life to her through an act known as the "last kiss." Her wounds never fully heal and she is left disfigured and unable to easily speak. Her skin remains extremely pale and soft from being in the river so long and she holds her hand to the slit in her throat to utter what little she can.

Overcome with vengeance, Catelyn, or Lady Stoneheart as she becomes referred to, scours the land with the Brotherhood and executes anyone she determines to be a supporter of the Lannister, Bolton, or Frey families.

Book readers anxiously awaited her sinister reveal at the end of season three, and when she failed to appear in the finale, several theories were tossed around regarding how she would fit into the season four plotline. When Lena Headey, who plays Cersei Lannister, Instagrammed a group of rocks arranged in the shape of a heart with the caption "My stone heart," fans thought this all but confirmed her imminent appearance. The season five finale came and went and still no introduction of our favourite zombified Stark.

Now that we are several episodes into season six, the Stark family appears to finally be back on the upswing (aside from poor Rickon, who has entered into the belly of the beast). Sansa has been freed of manipulation from both Petyr Baelish and Ramsay Bolton and now has Brienne of Tarth fighting for her. Bran is becoming a much stronger greenseer and may be the key to understanding the history of his family and that of Westeros. Arya has regained the use of her eyes, though she might be in deep trouble. And finally, Jon Snow is leaving The Wall after fulfilling his vows through death and returning from the other side. This may just be the perfect time for Lady Stoneheart to return and wreak havoc on all those who helped destroy her family.