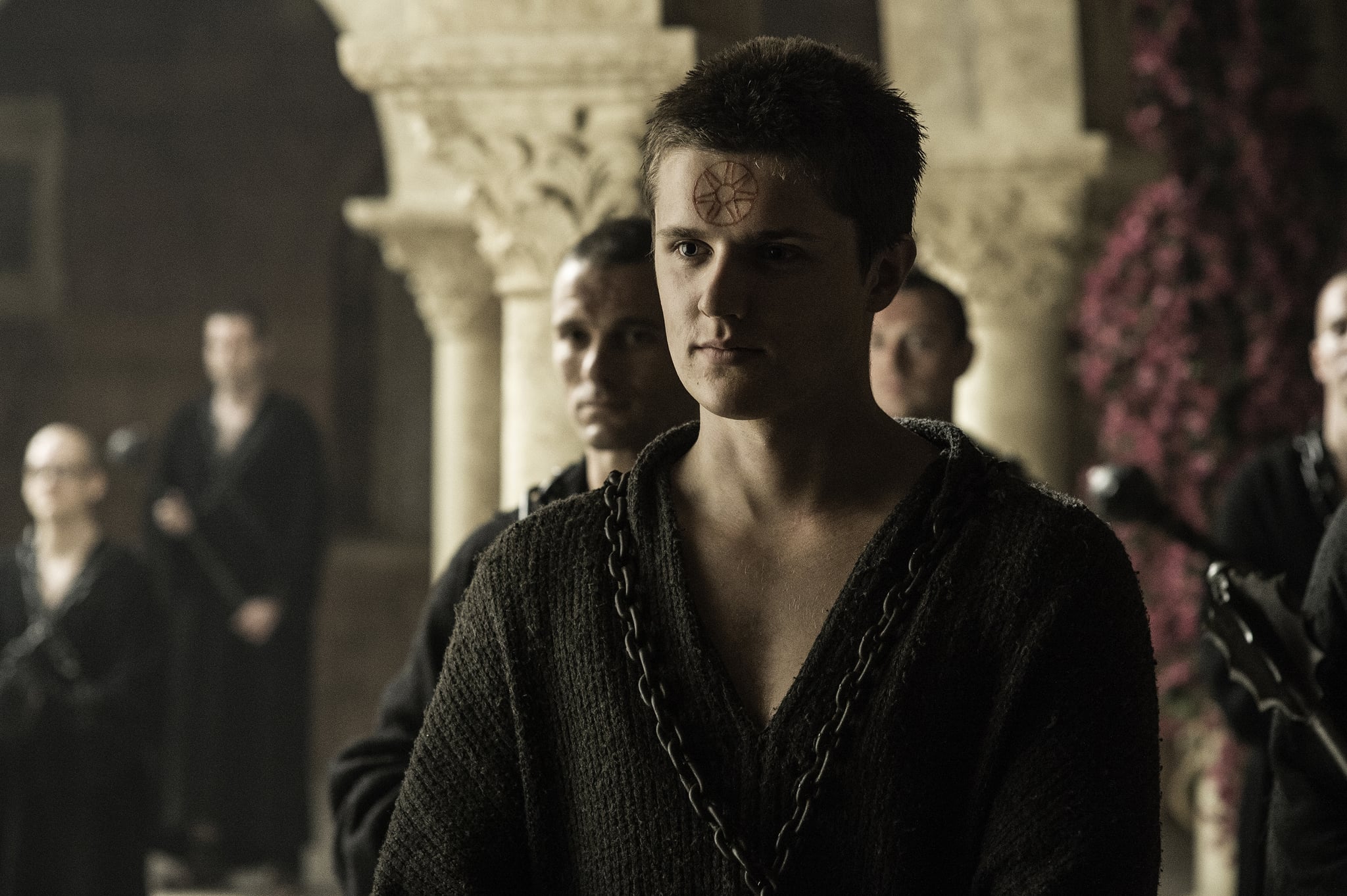 Today in annoying Game of Thrones characters who deserve to be imprisoned, we examine the case of Lancel Lannister. Who is Lancel Lannister, you ask? He's the frat-boy-like Faith Militant thug with the seven-pointed star carved into his forehead. But he wasn't so fanatic — or poorly styled — at first.

Lancel is the eldest son of Kevan Lannister, Tywin Lannister's younger brother. That means he's first cousins with Tyrion, Jaime, and Cersei — a certified spoiled-rich Lannister heir. In fact, when we meet him, he's serving as King Robert Baratheon's squire. He's the guy who gives King Robert wine just before the monarch is fatally gored by a boar.

In later seasons, he cements his slimy persona when he helps Joffrey torment Sansa, has an affair with Cersei, and becomes a spy for Tyrion to keep him from telling Jaime about said affair. When he is humiliated and wounded at the Battle of Blackwater, however, Lancel discovers religion, and soon after he joins the High Sparrow's religious movement, much to his father's dismay.

He then turns on his family and gives the testimony that would get Cersei arrested. Ever since, he's only gotten more obnoxiously obnoxious. Might it be too much to hope that he takes a long walk off a short cliff?