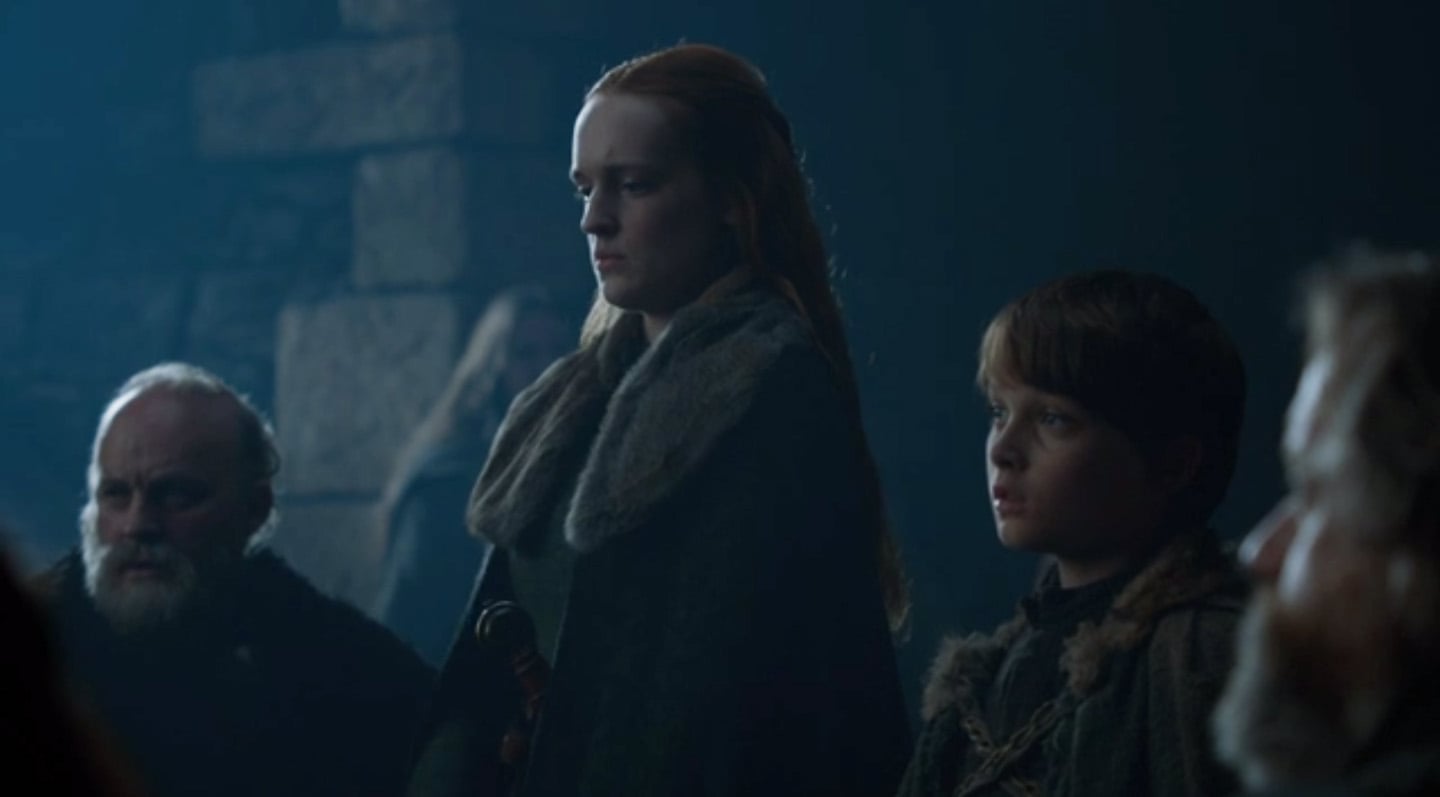 In the Game of Thrones season seven premiere, Jon Snow holds a meeting at Winterfell with all the Stark bannermen where he makes a decision regarding House Umber and House Karstark, leading to little Ned Umber and Alys Karstark pledging their loyalty to the Starks and in exchange getting to keep their families' estates, something about which his sister Sansa makes her objections known. Here's why.

In season six, the houses of Umber and Karstark choose to cast their lot with Ramsay Bolton as King of the North rather than continue being loyal to the Starks. Sansa and several of Jon's bannermen now argue that the Umber and Karstark castles should be given to families who remained loyal to the Starks, not stay in possession of the traitors who had turned against them and fought for the Boltons. Jon disagrees, leading to quite the heated exchange between the Stark siblings, right there in front of everyone.

"So there's no punishment for treason and no reward for loyalty?" snaps Sansa — and she has a right to her anger. Smalljon Umber is the man in season six who not only swears allegiance to Ramsay, but brings Rickon Stark and the severed head of Rickon's direwolf, Shaggydog, to Ramsay.

The Stark-Karstark history is even more complicated. Back in season three, Robb Stark executes Rickard Karstark for betrayal after Rickard murdered Robb's captives, Martyn and Willem Lannister. The rest of the Karstark army then abandoned the Starks, weakening the Northern army against the Lannisters, which ultimately leads to Robb's death at the Red Wedding.

Jon has the last say, and he refuses to punish children for the sins of their fathers. Jon then invites the surviving Umber and Karstark heirs, Ned and Alys, to pledge their loyalty to the Starks, which they do.

Jon reminds everyone that the wars of the past are in the past. The North must now band together to face the ensuing invasion from the Night's King and his massive army of the dead.

Related:
How Game of Thrones Has Confirmed Who Jon Snow's Parents Are

Later, Jon tells Sansa that she's free to disagree with him, but maybe don't do it in front of the bannermen, because that greatly undermines his authority. Sansa seems to understand that, but she's definitely not happy about feeling like a second-class citizen at the head table.

Sansa at least admits that Jon is good at ruling and his followers respect him, but something tells us this isn't the last we've seen of Jon vs. Sansa in the halls of Winterfell.