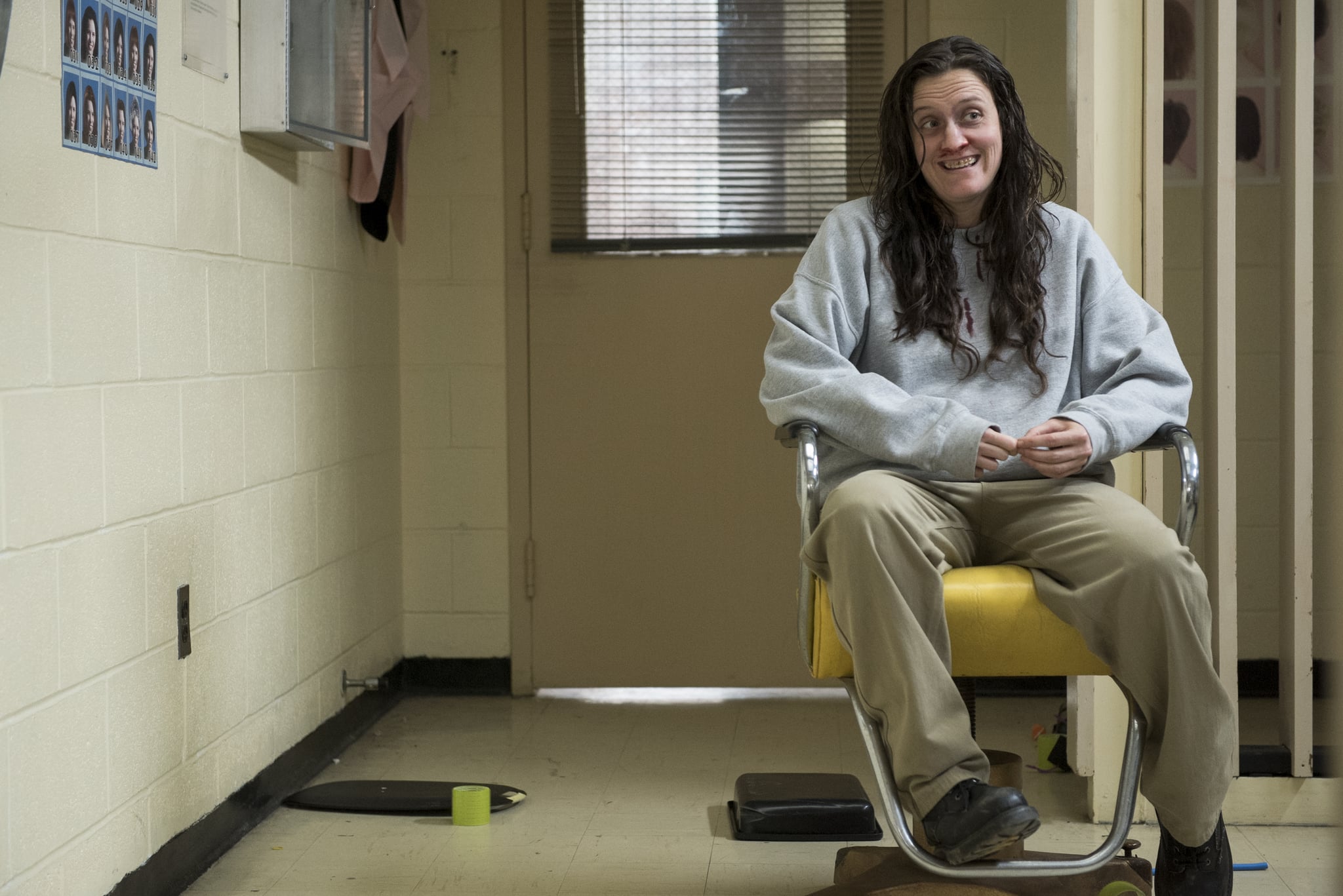 The fifth season of Orange Is the New Black is filled with intense, dramatic moments, but it also has its fair share of levity, oftentimes courtesy of the drugged-out dynamic duo of Leanne (Emma Myles) and Angie (Julie Lake). If you've been wondering about the woman behind everyone's favourite meth head, Angie . . . well, you could probably bump into her on the street and never even know you did it. In fact, that happens to her all the time.

In 2016, the actress relayed a story about how a starstruck fan actually asked Julie to take a photo of her with the OITNB cast because the fan didn't recognise Lake as Angie. But that's the by-product of her fabulous "makeunder" for the show, which actually doesn't take as long as one might think. It turns out her meth teeth are painted on, so it only takes a few minutes to transform from Julie to Angie. 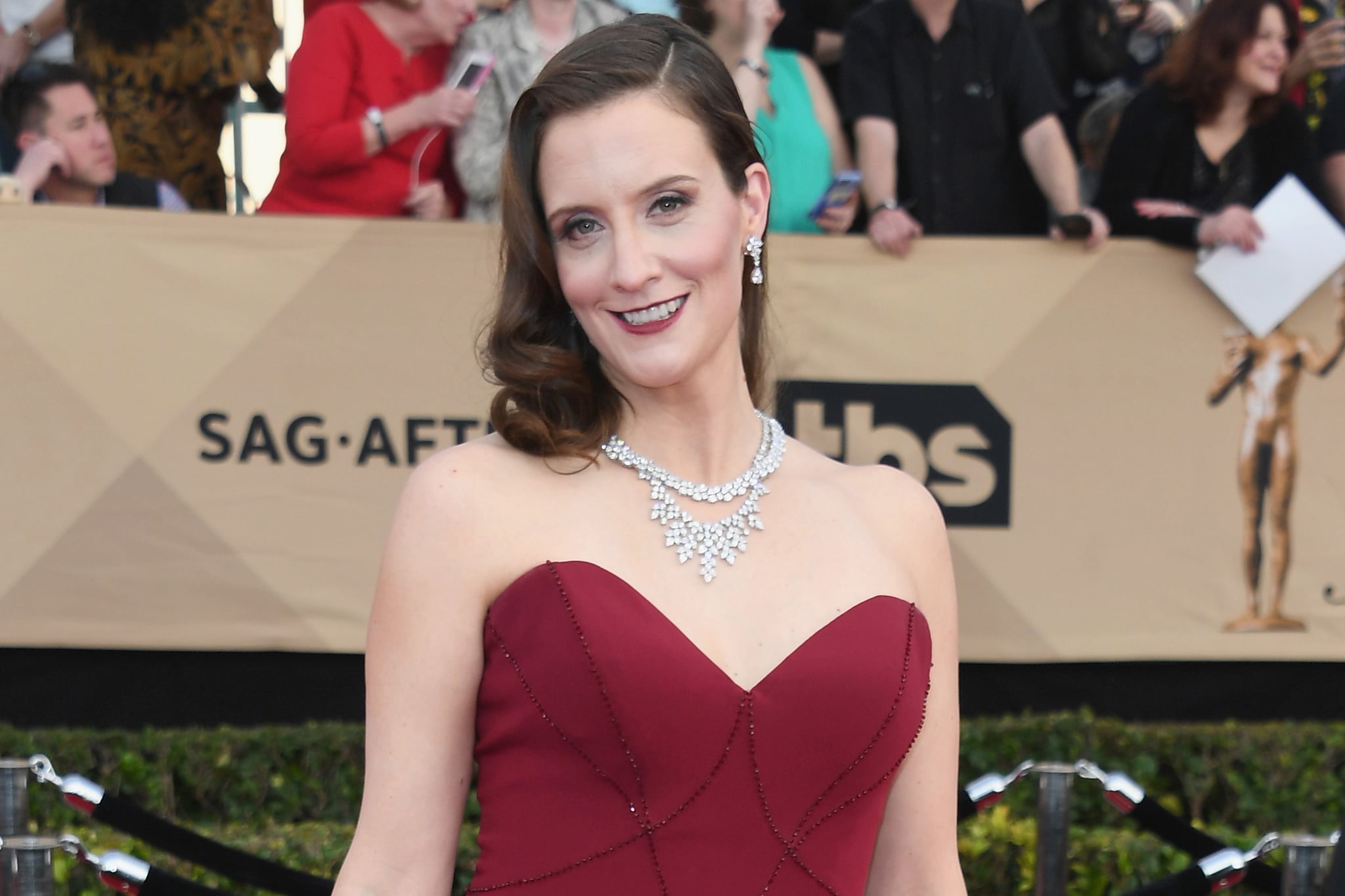 In season five, Angie gets into all sorts of shenanigans during Litchfield's three-day standoff with the guards and MCC. But it is perhaps her season four turn as the "shower pooper" that was her finest hour on the show; it led to a small part for Lake's real-life husband, screenwriter Jeff Cahn! In that storyline, Angie is smuggling drugs into Litchfield by having her boyfriend (Cahn) pass them to her when they kiss at visitation. She then swallows the drugs and . . . retrieves them in the shower. Perhaps fans will see him again someday if Angie gets her own flashback episode.

For right now, she's just having a lot of fun as Angie. Orange Is the New Black is Lake's first big role; the only other thing fans might have seen her in is a handful of episodes of the short-lived TV series Boomtown.

Orange Is The New BlackTV