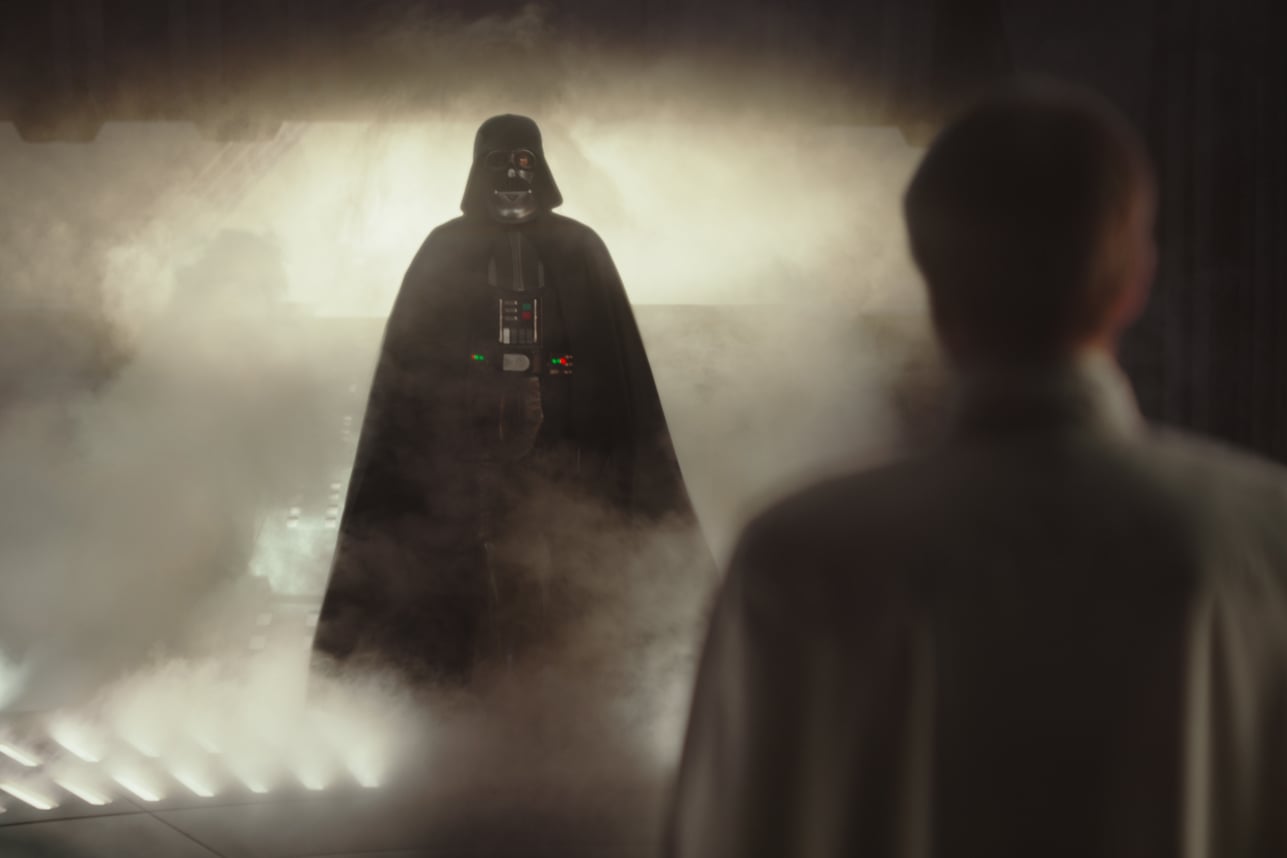 We've known for months that Darth Vader would be in Rogue One: A Star Wars Story, but his presence still puts a knot in your stomach when he first appears. As per usual, he's in his mask and black threads, so we don't get to see who's under there, but we do hear him. Once again, James Earl Jones lent his baritone voice to the villain, but who's actually under the helmet? Turns out, there are two guys who play him in the movie. The first is Daniel Naprous, a stuntman who has worked on Game of Thrones and several of the Harry Potter films. He shared the role of Darth Vader with Spencer Wilding, an actor who has appeared in Guardians of the Galaxy (as "Mean Guard") and Wrath of the Titans as a minotaur.