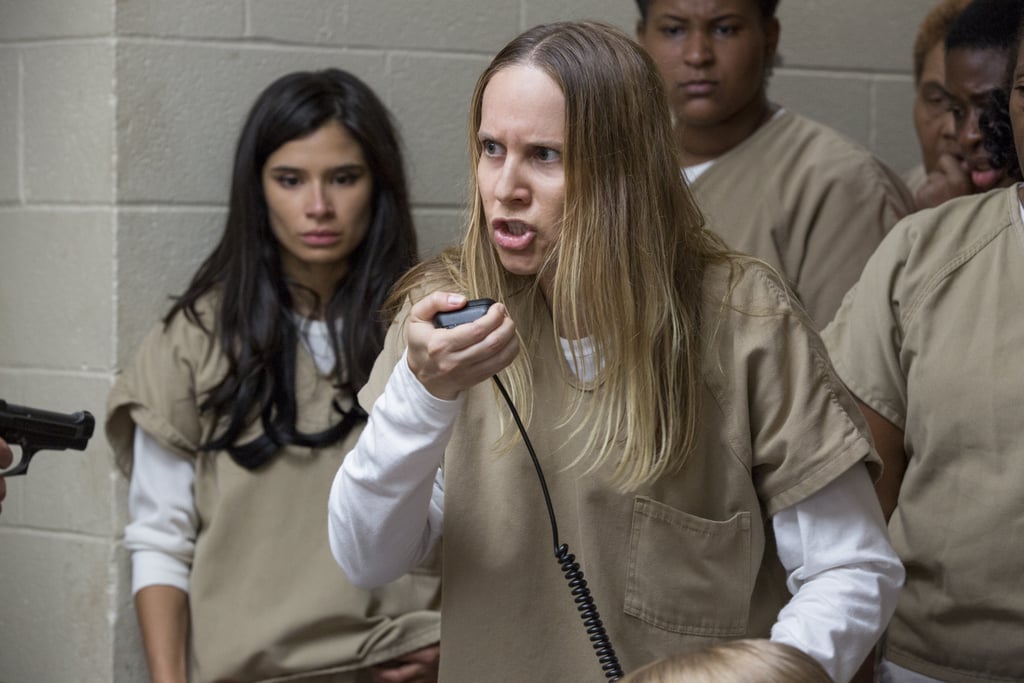 Now that season five of Orange Is the New Black has premiered, you should be more familiar with Kelly Karbacz, who plays white supremacist leader Kasey Sankey. But if you've been wondering what she looks like outside of her khaki Litchfield jumpsuit, then look no further. While most of the characters on the Netflix show portray hardened women behind bars, the cast is a lot more glamorous in real life.

In fact, Kelly is nothing like her alter ego. Kasey is rough around the edges, and, well, pretty racist, while Kelly isn't used to saying and doing any of the things that her character does, making it very difficult for Kelly to play her. In a recent interview with Hidden Remote, Kelly opened up about what it's like playing Kasey, saying, "I do think she has a heart, and I do think that she's a complex character. She's challenging for me. Saying and doing these things are nothing like me in life, so it's difficult." Kelly then explained what she does to "bring her to life," adding, "What I do is try to find little ways to connect with her . . . to make her honest and truthful and tell the story that the writers want to tell. So I try to remember not to judge her. I reflect and think, 'OK, this is what she knows, and this is why she behaves this way.' And then I try to find the kernels to hold onto so I can breathe life into her." Even though Kelly's makeunder may not be as dramatic as the others, would you be able to pick her out of a lineup?