For seven seasons now, Game of Thrones fans have sat in awe of the Iron Throne, a great hulking beast of a chair rumored to have been forged from 1,000 swords welded together. It's the most coveted seat in the series; it's the reason for all the scheming and gaming. But just who has sat upon this regal seat? Here's a quick rundown of the history of the Iron Throne. 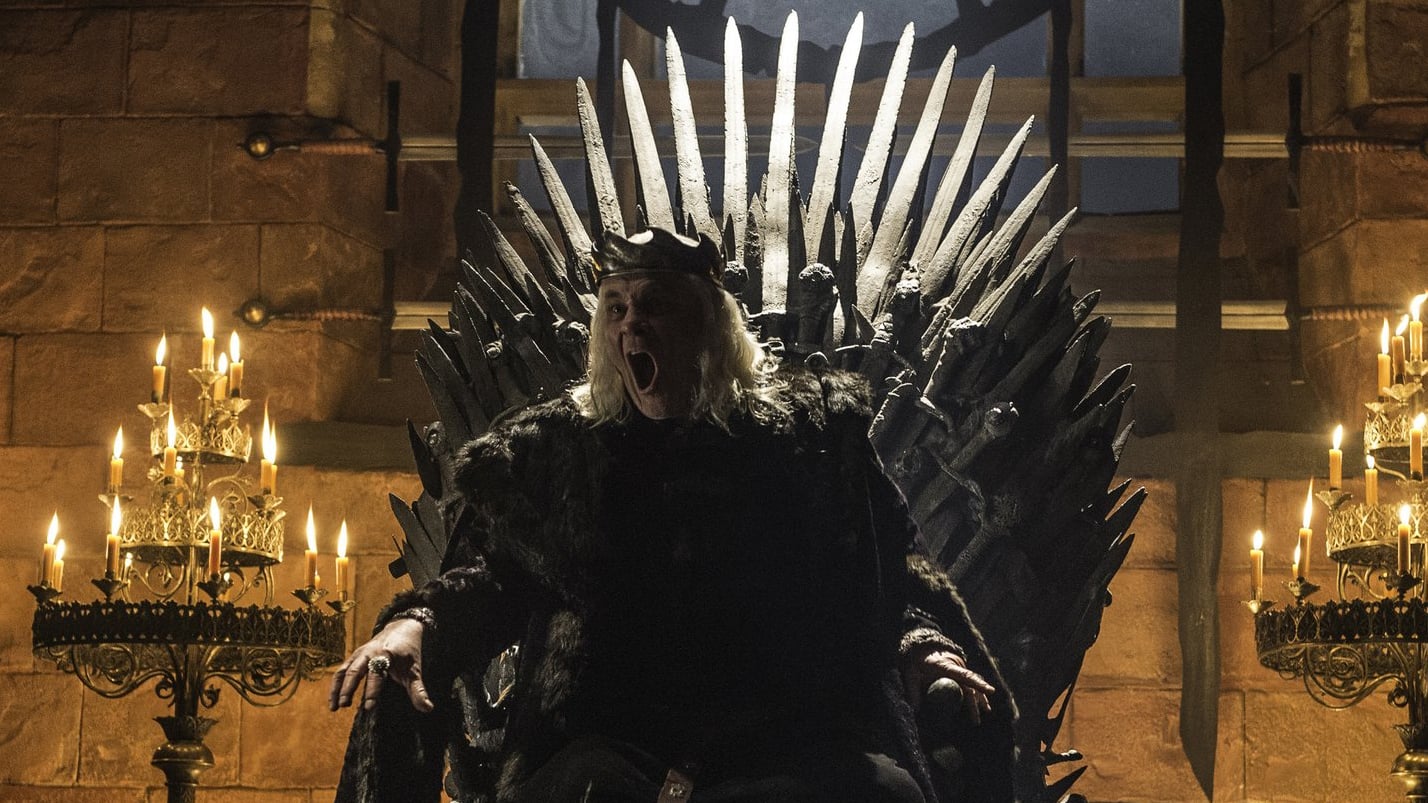 Aegon the Conqueror is the first king to sit upon the Iron Throne. He has the throne commissioned after he conquers Westeros with his invading army and three dragons, Balerion, Meraxes, and Vhagar.

In fact, Aegon is also the king who establishes King's Landing. He has the city built on the site of his first landing in Westeros, using territory from surrounding kingdoms to form the Crownlands, which support the city.

Related:
Tyrion, Podrick, and Bronn Finally Reunited on Game of Thrones, and Fans Got Emotional

After Aegon's death, both of his sons sit on the throne for a short time while construction is finished on the Red Keep (the royal castle in King's Landing). Neither son is terribly popular, as both face opposition from the Faith Militant, a group very much opposed to the Targaryen practice of incestuous marriage.

It isn't until Aegon's grandson, Jaeherys I, becomes king that a peaceful age begins. Jaeherys and the Faith Militant are able to call a truce and it is through the reigns of Jaeherys and his grandson Viserys I that there is peace and prosperity in Westeros.

Upon Viserys's death, a civil war breaks out over who will be the next ruler to sit on the Iron Throne, and this begins 130 years of various wars and fighting. The Targaryens always hold the Iron Throne, but among themselves, there is constant disagreement over who should rightfully rule the Seven Kingdoms.

Things truly come to a head when Aerys II takes the Iron Throne. Aerys comes to be known as the "Mad King" because of his increasingly violent and erratic behavior. Robert Baratheon, a Northern nobleman, rises up against the Targaryens in what is known as Robert's Rebellion. 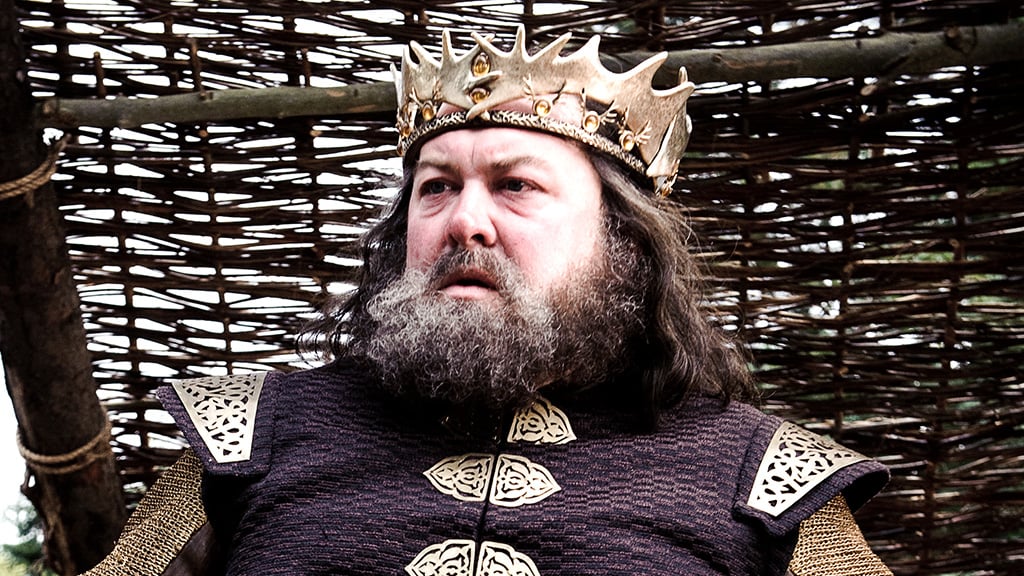 The Northern great Houses, along with the Lannisters (who arrive a bit late to the rebellion party), defeat Aerys II and kill his son and heir, Rhaegar. Aerys's remaining children, Viserys and Daenerys, are smuggled out of Westeros for safekeeping while Robert takes the throne and marries Cersei Lannister in a North-South Westeros alliance.

Unfortunately, Cersei never bears Robert a true heir because all of her children are sired by her twin brother, Jaime. So when Robert is killed in a boar hunt, there is much debate as to who should take the Iron Throne.

The War of the Five Kings 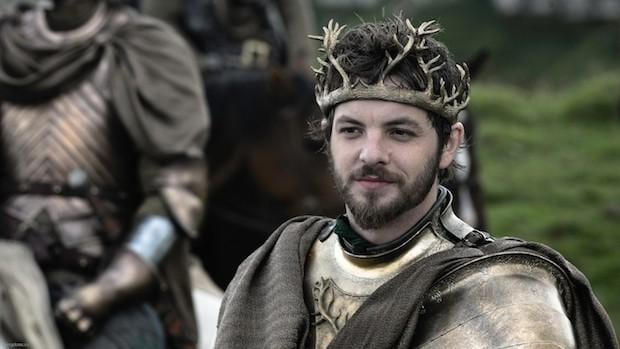 As Robert's eldest "son," Joffrey Baratheon is crowned king upon his father's death, but several people suspect that Joffrey and his siblings Myrcella and Tommen are not Baratheons, so both Robert's brothers, Stannis and Renly, throw their hats in the ring to rule the Seven Kingdoms. Robb Stark (as the King in the North) and Balon Greyjoy (as King of the Iron Islands) also enter the fray.

During this time, Joffrey remains on the throne as, one by one, all of his challengers are killed. Well, Balon Greyjoy isn't killed until after Joffrey dies at his own wedding, but the Greyjoys were never a serious threat to the Iron Throne anyway.

Related:
Game of Thrones: Here's Why It's So Terrifying That It Started Snowing in King's Landing 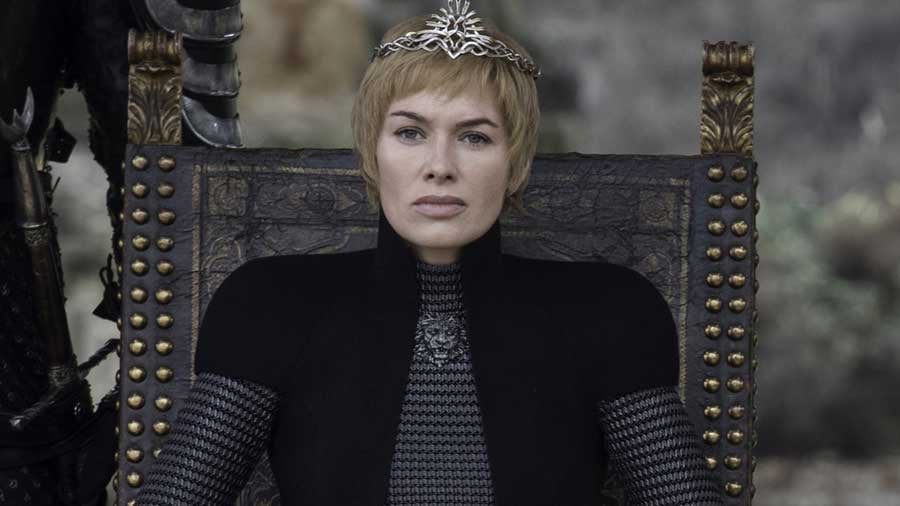 Upon Joffrey's death, his younger brother Tommen is crowned king, and by this point, most people are hip to the fact that Tommen is not a Baratheon. The Lannisters are the family truly in charge now, with first Tywin and then Cersei pulling the strings.

When Cersei blows up the Great Sept of Baelor in order to take out the Tyrell family, King Tommen commits suicide upon learning of the death of Queen Margaery, for whom he had great affection. And even though she does grieve for her children, Cersei assumes the role she has always wanted — Queen of the Seven Kingdoms.

Related:
8 Hilarious Reasons the Night King Should Win the War on Game of Thrones

Now Cersei will do whatever she can to hold on to the Iron Throne, including promising to help fight the Army of the Dead, which is actually a lie as she wants to remain in King's Landing and wait it out, letting her forces fight whatever is left after Daenerys and Jon's armies defeat the Night King.

The only question is, can they defeat the Night King? Will Cersei have to jump into the fray at some point to protect what little power she has left?

And what of the fact that we now know there's someone with an even greater claim to the Iron Throne than either Cersei or Daenerys? Jon Snow is the legitimate son of Rhaegar Targaryen, which puts him above Rhaegar's sister Daenerys in the line of succession.