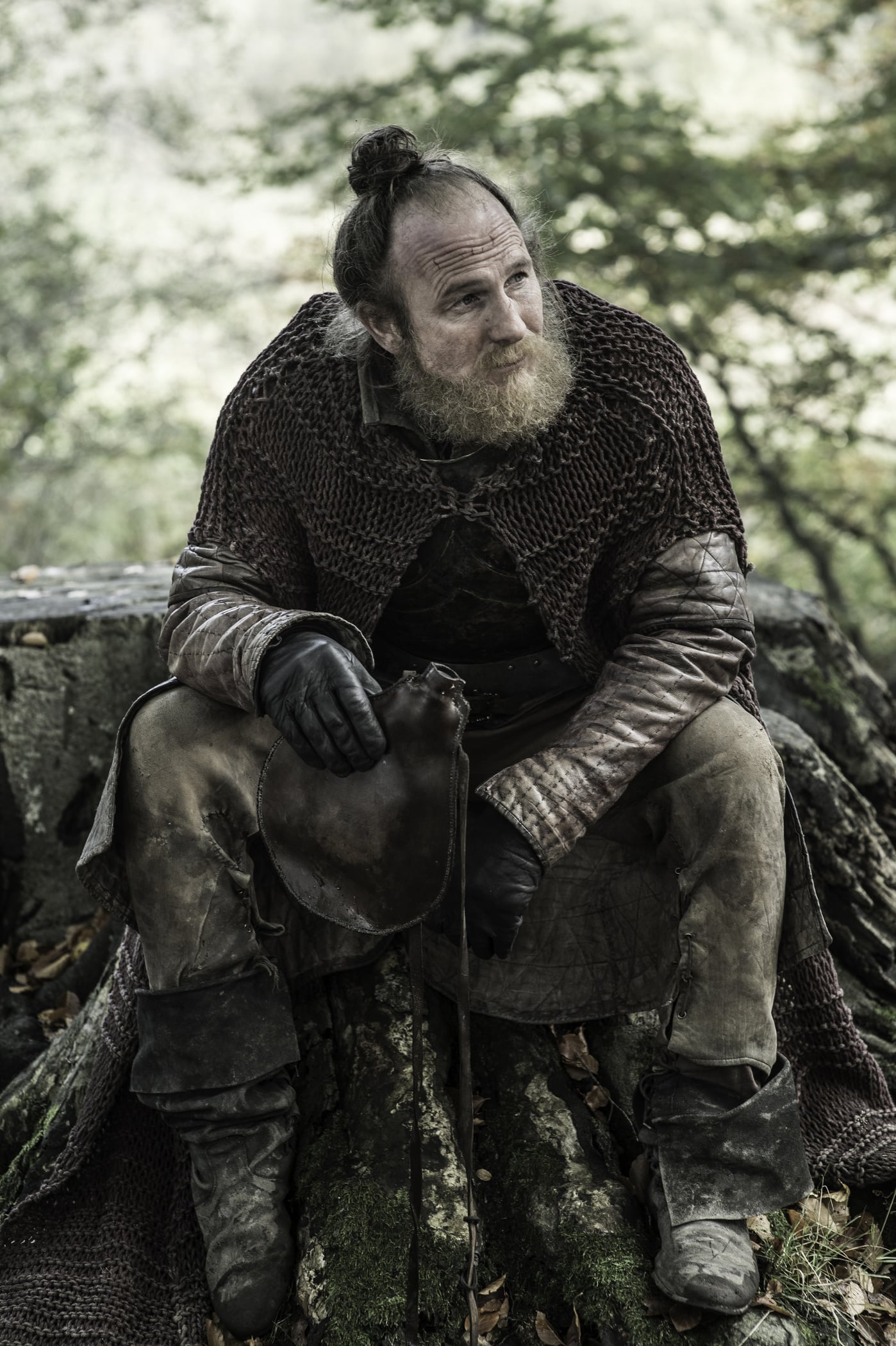 Though he might have been the subject of flippant scrutiny for wearing his hair in a man bun during the season seven Game of Thrones premiere, the mysterious character Thoros of Myr is a pretty huge deal in the series' universe. The companion of Beric Dondarrion — and now Sandor "The Hound" Clegane — possesses a power that we've rarely seen exhibited in the show so far: the ability to bring the dead back to life.

Thoros is a more fleshed-out character in the Song of Ice and Fire books, wherein it's explained that he is a fire priest of R'hllor who failed to convert King Robert Baratheon and has returned to the faith after a stint serving in his army. Thoros is one of the founding members of the Brotherhood Without Banners and uses his faith on the road with the band of guerrilla soldiers to repeatedly bring Beric Dondarrion back to life. In season three when Melisandre has an encounter with Thoros, he tells her that the Lord of Light has brought Beric back from death six separate times.

In the books, Thoros travels alongside and serves Lady Stoneheart, the vengeful zombie-like figure with an insatiable thirst for Frey and Lannister blood. Since we now know that Stoneheart won't be appearing in the HBO series, it seems that Thoros may serve another important role in how the Game of Thrones plot unfolds. It is Thoros who asks The Hound what he sees in the fire during the season seven premiere, and based on Clegane's stunned acceptance that he actually sees visions of The Wall in the flickering flames, it might be Thoros who brings the man to believe in R'hllor.

Will we see The Hound become a religious man in season seven? If so, it's likely that we'd have Thoros of Myr to thank. But even more importantly, with the Brotherhood likely headed to fight White Walkers at The Wall, Thoros's resurrection powers will be more vital than ever to the human cause. Every fighter that Thoros can recall from death in the war against the Night's King is one more chance that mortal men have in the fight for Westeros.

So don't be fooled by that adorable topknot — he's a pretty major deal!