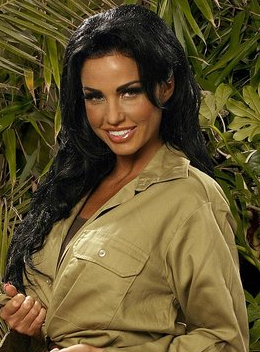 Katie Price has been busy since she left the jungle on I'm A Celebrity Get Me Out of Here, and finally boarded a plane back to London yesterday.

Rumours have spread that she called her ex-husband Peter Andre after she left camp and begged him to take her back, admitting that she messed up. However, it's reported that Peter did not react well to the phone call, and a reunion is not on the cards.

Peter took to his Twitter today to deny that she begged him to take her back, saying, "This is not true...sorry."

Katie was originally due to stay in Australia until the end of the series, but she has managed to get out of that clause of her contract — perhaps since she's agreed to a second ITV2 series of What Katie Did Next, catching viewers up with what happens to her now she's left the jungle!

Sam Fox, Jimmy White and Sabrina Washington are the three that could leave in tonight's eviction from the jungle — who do you want to go? Let me know!