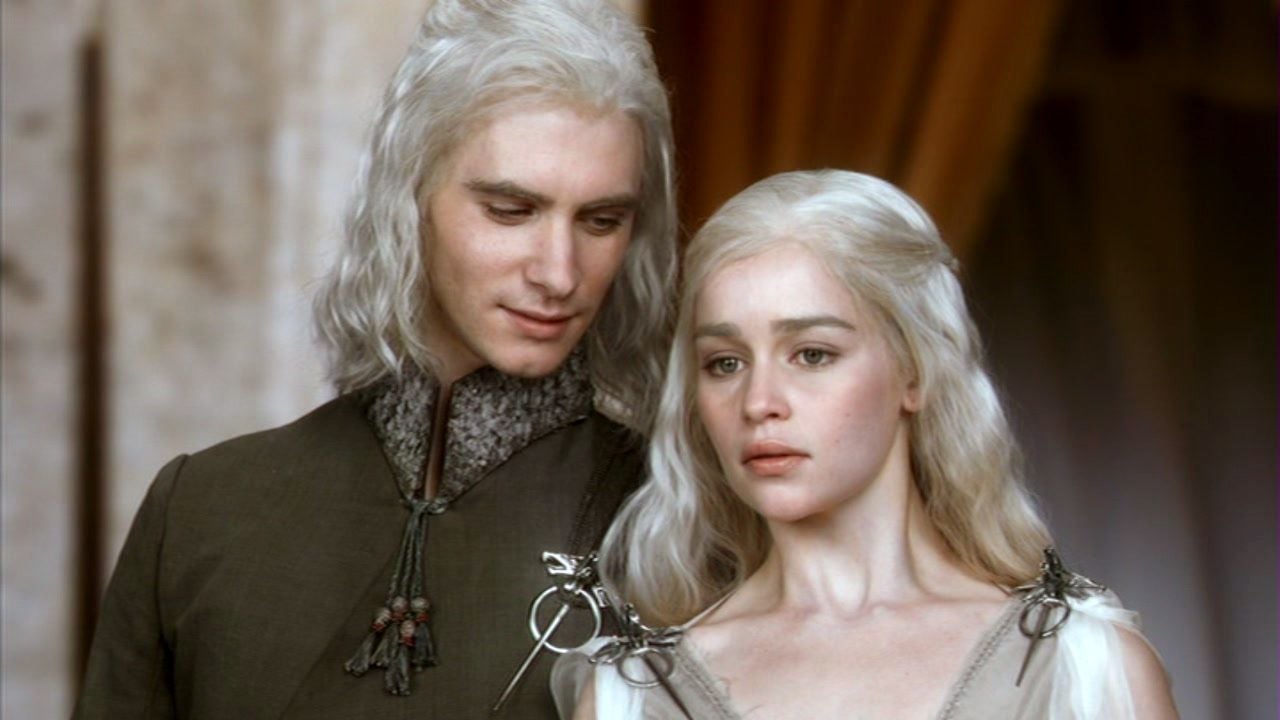 Game of Thrones fans are in mourning after Sunday's episode, "Beyond the Wall," because Viserion, one of Daenerys's mighty dragons, is dead, brought down by an ice spear shot like a bullet by the Night King. Not only that, but the epic beast has now been dragged up from the bottom of an icy lake and reanimated to be a killer beast for the army of the undead.

But it is perhaps not a huge surprise that Dany lost one of her dragons to the Night King this season, nor is it a surprise that it is Viserion who is dead. Here's why.

Book readers have been teased with the possibility of an "ice dragon" for a while now, as it is mentioned in George R.R. Martin's Song of Ice and Fire series several times. In the books, Ice Dragon is both a constellation that multiple characters use as a navigation point and also a mythical creature in stories.

"The wind was gusting, cold as the breath of the ice dragon in the tales Old Nan had told when Jon was a boy," reads Jon in chapter VII in A Dance With Dragons, and this is just one of several references Jon makes to the supposedly fictional creature. Martin also writes of ice dragons in his companion app, A World of Ice and Fire:

"Of all the queer and fabulous denizens of the Shivering Sea, however, the greatest are the ice dragons. These colossal beasts, many times larger than the dragons of Valyria, are said to be made of living ice, with eyes of pale blue crystal and vast translucent wings through which the moon and stars can be glimpsed as they wheel across the sky. Whereas common dragons (if any dragon can truly be said to be common) breathe flame, ice dragons supposedly breathe cold, a chill so terrible that it can freeze a man solid in half a heartbeat."

So based on these references, book readers have wondered for several seasons now if one of Dany's dragons was going to be turned into an actual ice dragon by the Night King.

Related:
Hmm, Suddenly Jon Snow and Daenerys Are Both Talking About Kids on Game of Thrones

Here's why it's no surprise that Viserion is the dragon who dies: he is named after Daenerys's second-oldest brother, Viserys. While it's nice of her to honor her sibling that way, Viserys is easily the worst out of the three dragon namesakes. Viserys was a vile, evil little man, manhandling his sister before selling her to the Dothraki in exchange for an army to use to invade Westeros. Why she named a dragon for him has always been something of a mystery, to be honest. In season one, she stands by silently as Khal Drogo kills Viserys because she knows what an awful man he is.

Dany says in season two, episode seven, "A Man Without Honor," "I only knew one [Targaryen], my brother, and he would have let a thousand men rape me if it had got him the crown." Then, in season seven, when Dany is talking with Varys about the role he has played in various kings' times on the throne, she says, "Before I came to power, you favoured my brother. All your spies, your little birds, did they tell you Viserys was cruel, stupid, and weak? Would those qualities have made for a good king, in your learned opinion?"

So obviously Dany knows Viserys was not a good person. Like, at all. And yet she names a dragon after him, perhaps to never let herself forget the type of ruler she doesn't want to be?

Either way, Viserion is dead now, resurrected as a wight to fight on the side of the Night King, which is kind of a fitting ending for the one named after her cruel older brother.