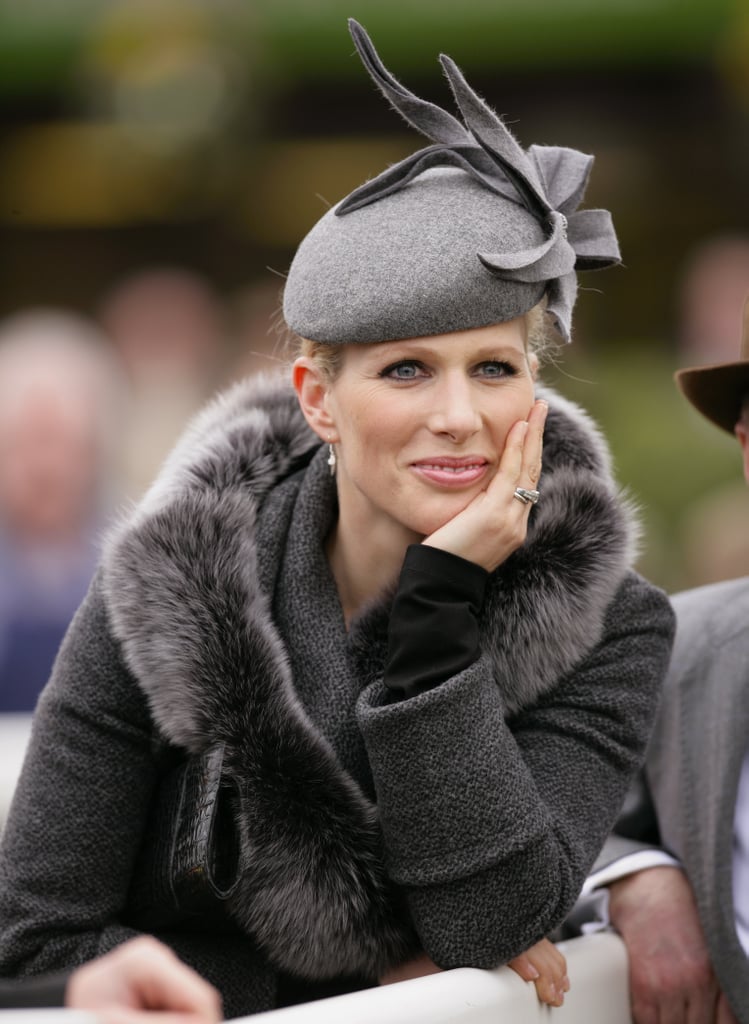 Zara Phillips turns 33 today! It's been an exciting year for the royal, who gave birth to a baby girl in January, also giving Britain's monarch her fourth great grandchild. Royal watchers already know Zara, granddaughter to Queen Elizabeth and 15th in line to the throne. The daughter of Princess Anne married English rugby player Mike Tindall in the Summer of 2011. An athlete herself, Zara and her horse, High Kingdom, won a spot to compete on the UK's equestrian team at the London Olympics and brought home a silver medal.

Unlike her cousins Princes William and Harry or Princesses Beatrice and Eugenie, Zara doesn't carry a title. Princess Anne declined a title for her children, and they don't use the HRH style. Zara is an accomplished equestrian as well as an outdoor-fashion designer. Formerly a staple of British tabloids thanks to her rocky relationship with jockey Richard Johnson, Zara has settled down, and the queen and Prince Philip were said to be "delighted" about her wedding.

Get to know Zara more with a look at her past public moments now. Lots of fun hats ahead — Beatrice isn't the only Windsor cousin who knows how to make a fascinator fashion statement.