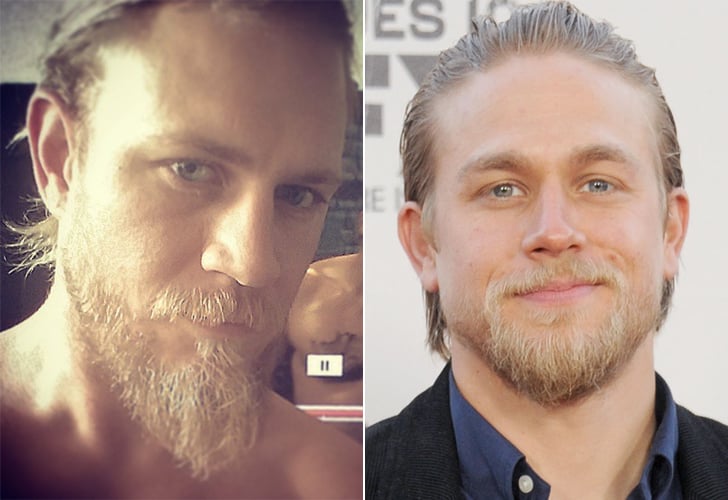 Whoa, This Guy Looks a Lot Like Charlie Hunnam

No, that's not Charlie Hunnam's selfie — it's a picture of Sean Craig, a guy who bears quite the resemblance to the Sons of Anarchy star. In an Instagram photo that definitely makes you do a double take, Sean snapped a picture of himself in front of his TV, with Charlie as Jax Teller in the background. Kind of crazy, right?

We reached out to Sean to see what it's like to be the actor's doppelgänger. "At first I didn't like it, because I found out about the show while going to school for Harley at Motorcycle Mechanics Institute in Phoenix, so I cut off all my hair and shaved," he said. "It happened to be the same season [Jax] did, so after that, I said, 'Screw it.' I am who I am. Maybe I can meet this guy and get a job." Of all things, Sean happens to be a Harley-Davidson tech who rides year-round, and he says, "I hear that I look like him more than five times a day." Keep reading to see the side-by-side selfie, then get a glimpse of Charlie as King Arthur.